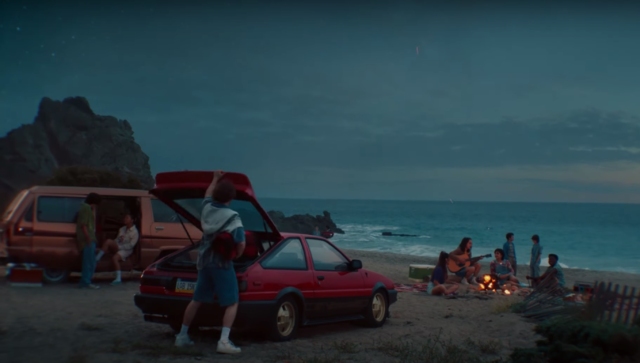 Normally “national sales events” ads are pretty boring. You have the latest models zipping along a city street while APR financing options are recited at Micro Machine Man speed. For this summer’s Toyotathon, however, Toyota is pulling out the classics for a multi-generational tale of Toyota ownership.

The spot starts out with a father and son going camping in an FJ55 Land Cruiser. It then flashes forward to the same kid, now in his teens sometime in the 80s. He’s off to a beach party in a surprisingly prescient AE86 and a gorgeous Toyota Van. He must be clairvoyant, because the TRD wing and JDM bumpers on his Hachiroku would not be in fashion for another 15 years. By the bonfire he meets his future wife, who is with him in middle age and two kids as they pull a brand new Tundra off the dealer lot in present day.

It’s remarkably simple but effective. Summers are for adventures in Toyotas, the ad says. But instead of babbling on in our own review, we’re going to do a new thing and ask you, our dear readers, to rate this ad. What did you think? Toyota ads are on a roll these days. Is this one worthy of inclusion on that list?