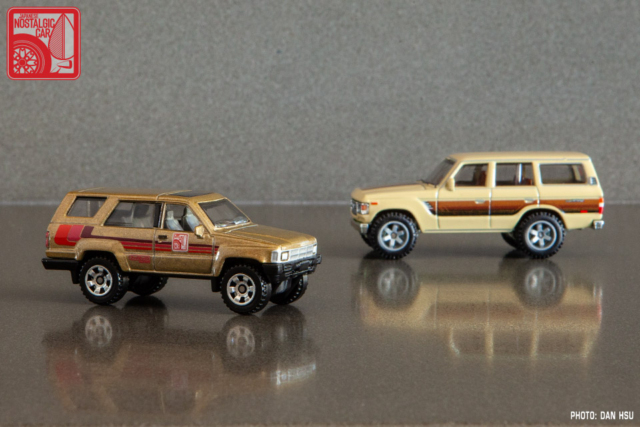 Last year we were honored to have Hot Wheels make a replica of our FJ60 Toyota Land Cruiser shop truck. We’ve often said that the most die-hard Toyota enthusiasts can be found off-road, and the perfect companion to the Cruiser is a similar era Toyota 4Runner. Hot Wheels doesn’t make a first-gen 4Runner, but luckily the crew at Matchbox does. 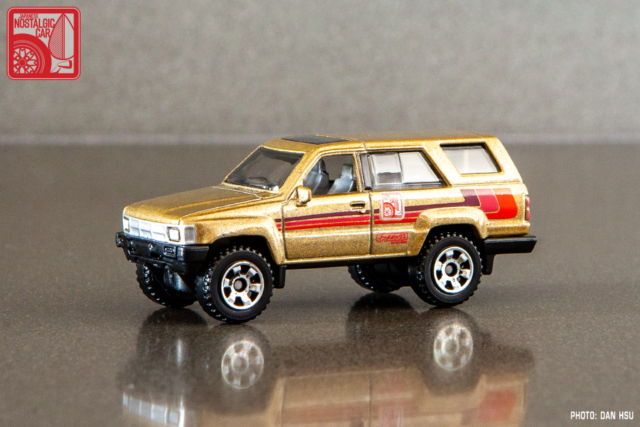 In fact, the 4Runner was one of Matchbox’s first old school Japanese castings of the modern age. It debuted in 2011, the same year Hot Wheels kicked off the current era of “JDM” insanity with the Hakosuka Skyline. And in fact, the 4Runner was designed by Ryu Asada before he moved down the hall at Mattel’s design studio to Hot Wheels. As with all of Ryu’s designs, it has excellent proportions that really capture the spirit of the actual car’s utilitarian yet fun boxiness. 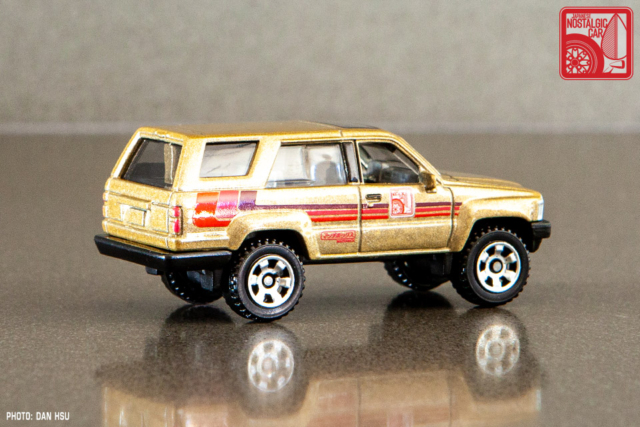 The 4Runner is part of a special series for 2022 called Japan Origins, which features cars from — you guessed it — Japan. There are six in all, ranging from a Honda Civic CVCC to a Hakosuka Skyline to a 2019 Mazda 3. Each one has unique card art that differs from the standard illustrations, depicting each car under a sakura tree along the streets of what looks to be Gion, Kyoto. The series is available at Walmart stores.

Finished in metallic gold with reddish-brown hockey stripes, the paint job was inspired by an actual HiLux Surf colorway offered in Japan. We think the color combo makes an excellent counterpart to the Land Cruiser and its brown and gold appliqué (Ben would get very mad at you if you called it faux wood paneling). Of course, the red JNC inkan was not part of Toyota’s original paint scheme. 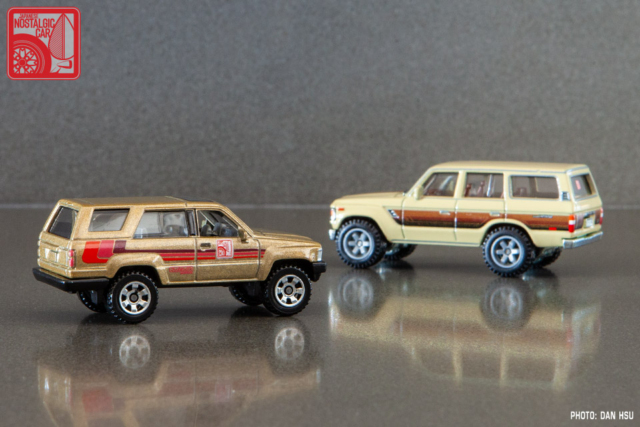 We’re honored to be part of this Matchbox lineup for 2022. Our only regret is that we do not have a life-size version of the Toyota 4Runner to park next to our Land Cruiser.

permalink.
This post is filed under: minicars and
tagged: 4Runner N60, matchbox, toyota.