Initial D‘s beloved characters: “Where are they now?” according to MF Ghost 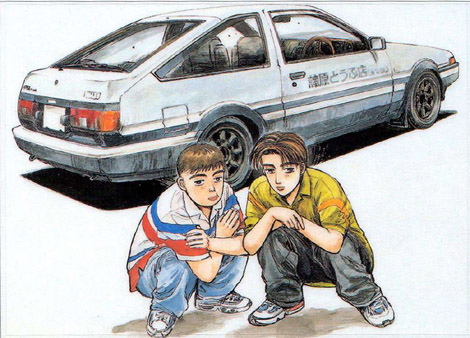 We last wrote about MF Ghost in 2017, when Shuichi Shigeno had but published one chapter in Young Weekly, the same manga serial that Initial D ran in from 1995-2013. Back then, little was known about the plot, but now that enough chapters have been published to make an anime adaptation, there have been some interesting plot developments. That’s especially true for fans of Initial D, as MF Ghost takes place in the same universe, just several decade later. Here’s what happened to the main characters of Initial D. 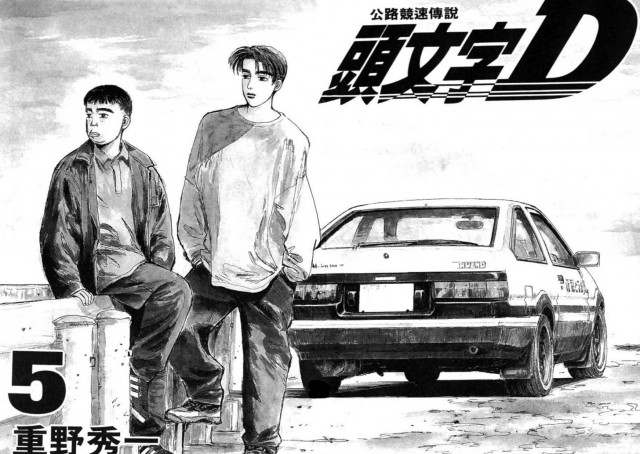 [Needless to say, there are SPOILERS AHEAD. If you do not wish to know the fates of Initial D‘s main characters, you should skip head to after the “END SPOILERS” section.]

In MF Ghost, it’s revealed that protagonist Kanata’s mentor was the one and only Takumi Fujiwara, the hero and AE86 driver we followed for 18 years in Initial D. Takumi is never shown in the series, but his story is told though exposition by other characters. After Initial D ended, Takumi fulfilled his dream of becoming a professional race driver. At age 20, he moved from Mt Akina in Gunma Prefecture to the UK to drive in the British National Rally Championship.

After three years Takumi finally won a title, and landed a contract with Toyota to drive in the WRC. Sadly, his career was cut short when a snapped driveshaft sent his car careening into a ravine during a shakedown test. The critical injuries Takumi sustained forced him into retirement. He then took up teaching, ending up as an instructor at the same school Kanata attended, and became his mentor. Like his father Bunta did with the AE86, Takumi made Kanata compete in an underpowered car like the Toyota 86 to hone his skills rather than rely on power. 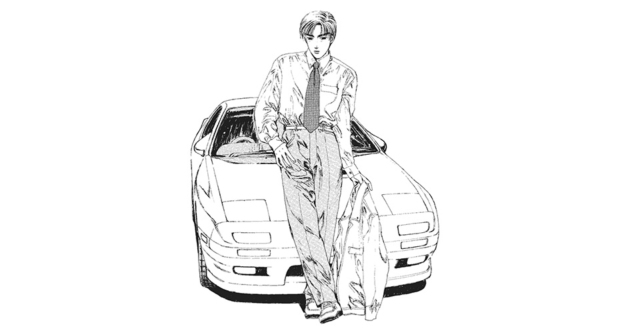 In Initial D, Ryosuke Takahashi was the older and wiser Mazda RX-7 driving brother from a rival touge on Mt Akagi. Eventually, this adversary of Takumi’s becomes his mentor when he forms Project D, taking the best drivers of Gunma Prefecture to challenge other regions of Japan in drift battles. As the elder son, he was expected to follow in the family business by taking over his father’s hospital.

In MF Ghost, we learn that the organizer of the MFG race series, one of the last remaining places where human-driven cars can be found (autonomous cars have taken over most driving duties), is organized by a mysterious figure named Ryo Takahashi.

A different character, Ryosuke Takahashi, is a doctor with a street racing past and a keen interest in MFG drivers. He also led the Akagi Red Suns and Project D, confirming that he is indeed the same character from Initial D. It hasn’t been confirmed that Ryo and Ryuosuke are the same person, but come on. 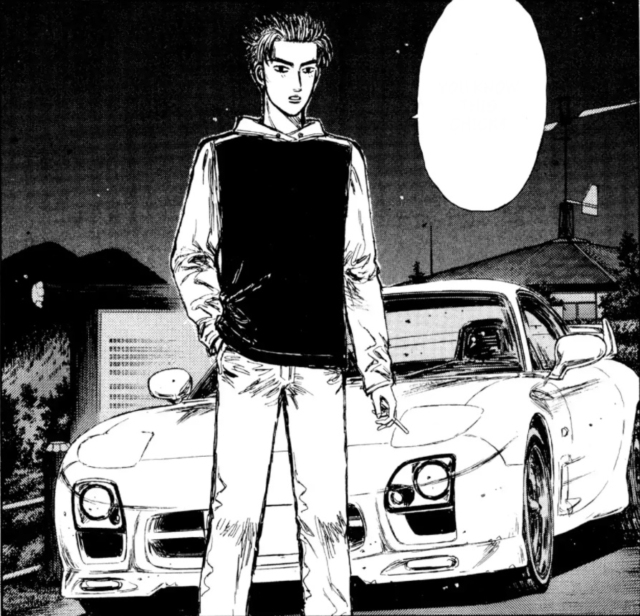 We always thought it was cool that the better driver of the rotary Takahashi brothers, Ryosuke, drove the FC, while the younger, brasher, and more anger-prone Keisuke drove the FD. Though they start as rivals from different mountains in Gunma Prefecture, Takumi and Keisuke wind up as teammates when Ryosuke forms Project D, a team to represent Gunma against other prefectures around Japan.

In MF Ghost we learn that Keisuke is the head of TK Mach Corporation, an aftermarket parts company. Or, more accurately, it’s a real estate company that has an aftermarket parts subsidiary. Taking after his brother, Keisuke has retired from racing but is searching for the next great racing talent. He finds a protégé in Moroboshi Sena, a fellow native of Gunma who drives an A90 Toyota Supra. As an homage to Keisuke’s FD, it’s yellow. 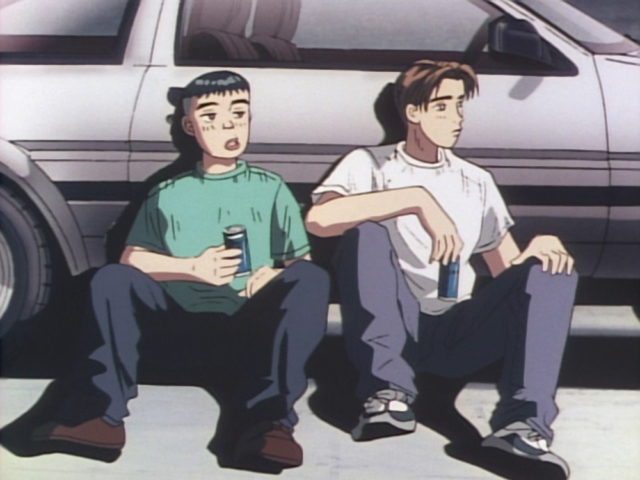 Itsuki Takeuchi was Takumi’s best high school pal and hapless comic sidekick. In Initial D, he worked at a local gas station with Takumi. He dreamed of being a touge master like Takumi, but could only afford a single-cam AE85. In MF Ghost, he still works at a gas station, and has grown fat as well. However, not only did he finally get a girlfriend, he’s married. 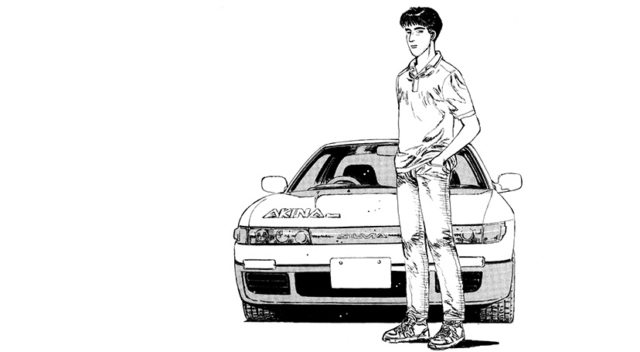 Koichiro Iketani was Takumi and Itsuki’s S13 Silvia-driving senpai, the oldest of the trio and thus the de facto leader in their local street racing team, the Akina Speedstars. He also worked at the gas station alongside the two, but in MF Ghost he fares a little better than Itsuki. Iketani is now a gas station manager. On the other hand, he’s still single, and balding. Shigeno seems to really enjoy punishing his beloved characters. It’s probably a good thing that he’s not a deity of any sort. 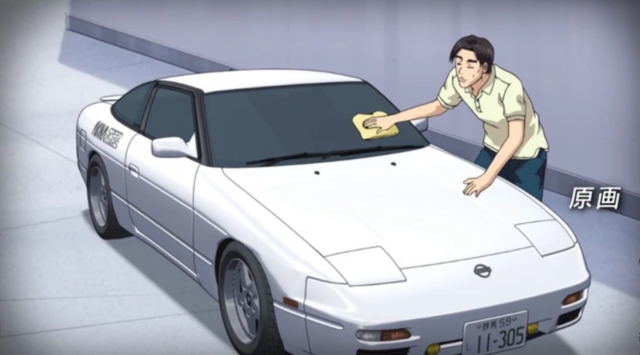 Kenji, the last of the OG Akina crew, would always pop into the gas station where Takumi, Itsuki, and Iketani worked in his RPS13 180SX. He served mainly as expositor, reporting on what their rival teams might be up to. In MF Ghost, he’s a family man now, but maintains his role as the Cliff Clavin of the local gas station scene, showing up to shoot the shit about MFG. 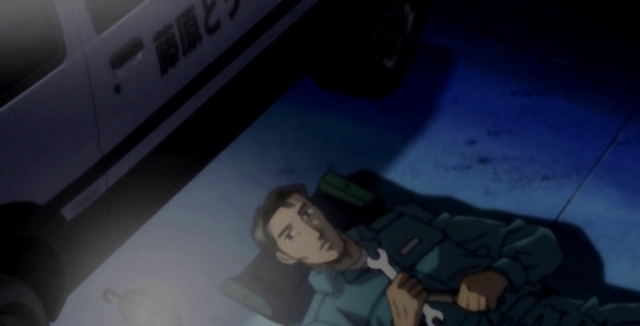 You may remember Shuichi Matsumoto as the brawny but mild-mannered Project D mechanic and support van driver. He didn’t have a huge role, but he was the glue that held the team together. It’s only natural that he would stay loyal to the Takahashis, and in MF Ghost he’s the mechanic to Moroboshi Sena, Keisuke’s disciple. 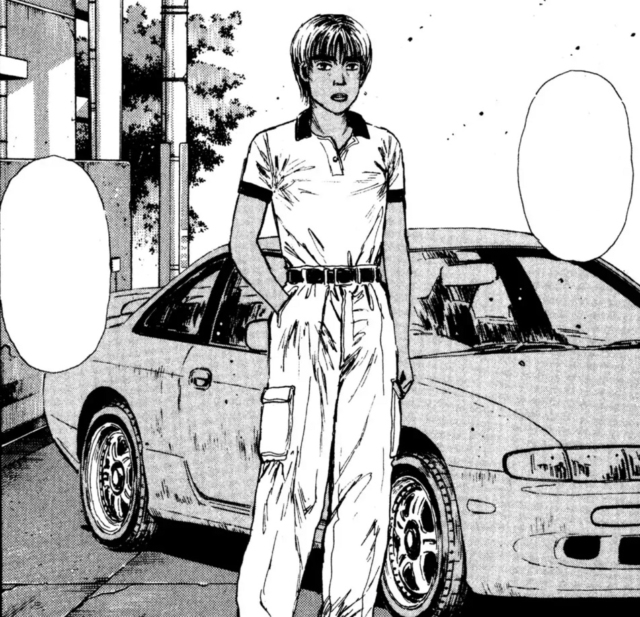 As a junior member of the Akagi Red Suns, Kenta Nakamura did the reconnaissance work for the Takahashi brothers in Initial D. Due to his inexperience, he lost to Takumi in his orange S14 in one of the story’s earliest races. In MF Ghost, Kenta has gone to work for Keisuke’s TK Mach Corporation, heading up the real estate division. 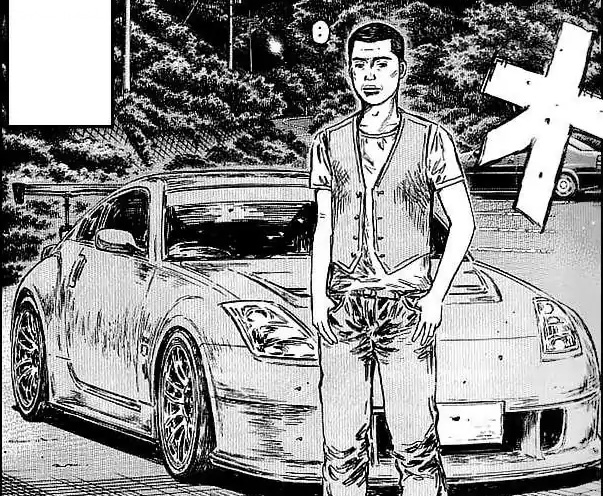 A number of Takumi’s old rivals appear in MF Ghost as well. Project D challenger Ryuji Ikeda was the leader of Team Spiral and drove a Z33 Nissan Fairlady Z. Like his father, Ryuji became a priest at a temple in his native Kanagawa Prefecture, and also ascended to the position of city councilman. He also runs a youth academy for drivers and is an MFG guest commentator. 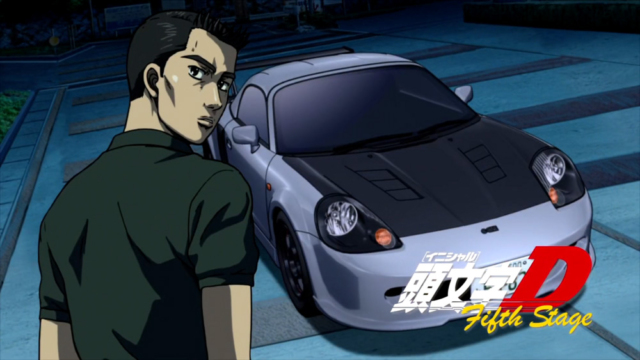 One of Takumi’s fiercest rivals was Kai Kogashiwa, the son of Takumi’s father’s fiercest rival. The multi-generational feud culminated in one of Initial D‘s most memorable races, when Kai literally jumped his SW20 MR2 off a hairpin against Takumi’s AE86. In MF Ghost, Kai has become a professional race driver and team manager. He also provides color commentary in MFG races. 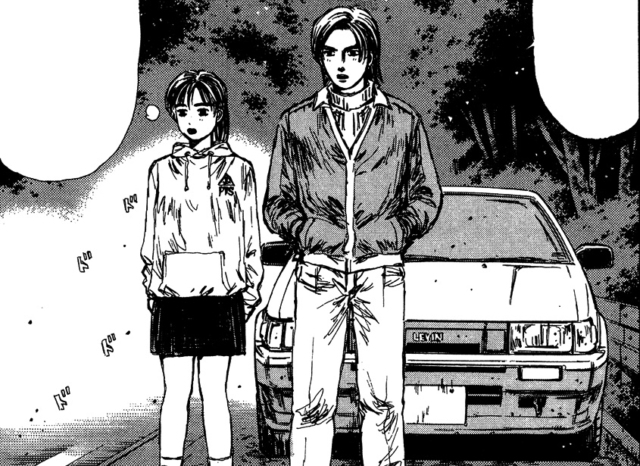 Initial D‘s Wataru Akiyama drove a turbocharged Corolla Levin AE86 and challenged Takumi early on in the series. Later, he swapped the turbo for a supercharger and returned to battle Keisuke during the Project D story line. He proved to be a worthy opponent, and in the end he and Keisuke became friends out of mutual respect.

In MF Ghost, he has become a pro driver competing in the All-Japan Rally Championship and in touring car races. He helps launch MFG and is friends with Takumi, and also serves as a commentator.

As you can see, there’s a lot of overlap between Initial D and MF Ghost. The return of some favorite characters is sure to cause some debate on whether they should have been left alone or if MF Ghost offers a poetic resolution for those whose journeys we followed for 18 years in Initial D. Obviously, these character descriptions are based on the manga version of MF Ghost, and it’s not clear yet how closely the anime version will adhere to it. If there’s any disappointment, the anime provides an opportunity to change the story a little. With the first episode debuting sometime in 2023, there’s plenty of time to do it.

5 Responses to Initial D‘s beloved characters: “Where are they now?” according to MF Ghost