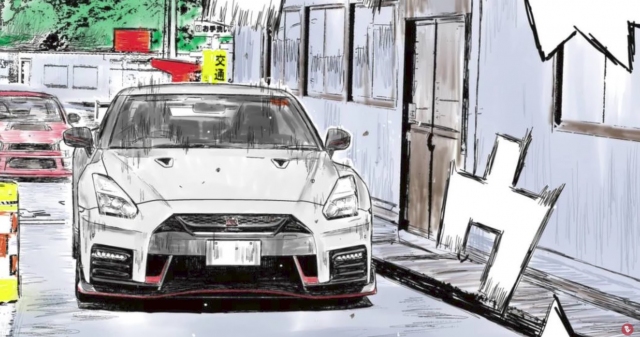 Four years after the conclusion of Initial D, author Shuichi Shigeno has embarked on the development of a new racing manga. The first chapter of the series, MF Ghost, has kicked off in Japan’s Weekly Young Magazine, where Initial D began its 18-year run in 1995. While it has a new cast of characters and is set many years after Takumi Fujiwara’s famed panda AE86 raced its last race, there seems to be at least one character carried over from Initial D.

MF Ghost takes place some time in the 2020s when most vehicles on the road have become autonomous, reducing accidents by 87 percent, and traditional cars are all but extinct. Perhaps an ideal world for some, but this petrolhead dystopia sounds scarily similar to what the entire auto industry is efforting towards these days. In this world, a sanctioned series of races called MFG in Japan are the among last bastions of human-driven cars. The first one introduced takes place on a 40km stretch of the Hakone Touge, one of the birthplaces of underground drifting in the 1980s.

Shigeno introduces two characters in the first chapter. The first is Aiba Jun, who drives an R35 GT-R NISMO and is courting the countdown woman that starts the races. However, because it’s a Shuichi Shigeno story, we know that he cannot be the hero because his car is too good. Instead, the protagonist is Kanata Livington, a half-British, half-Japanese kid who moves to Kanagawa Prefecture to race in the MFG. [CAUTION: SPOILERS AHEAD. Scroll down past “END SPOILERS” if you want to avoid them.] 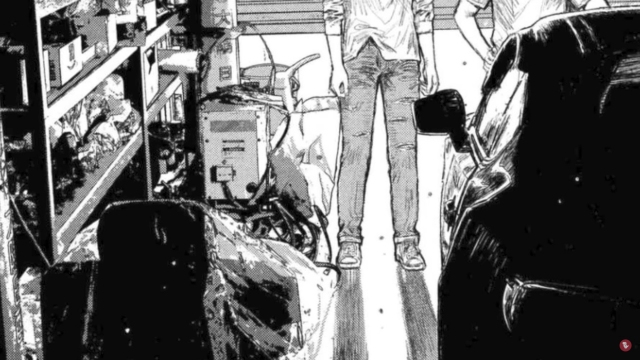 Kanata is of course looking for a car to race with, and wouldn’t you know it, it’s a Toyota 86. But, instead of a classic AE86, the silhouette of the car reveals that it’s a newer Toyota 86, known until recently in the US as the Scion FR-S. 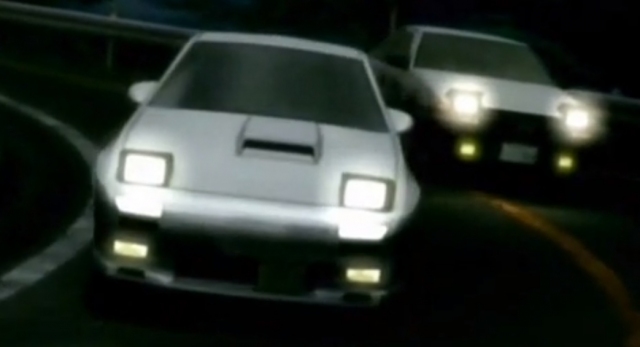 Here’s where it gets interesting for Initial D fans. The mechanic that shows him the car mentions a racing genius that oversees the MFG, a man by the name of Ryo Takahashi. That, of course, seems like the shortened name of Ryosuke Takhashi, the driver of the white Mazda FC3S RX-7 in Initial D, one of Takumi’s most fearsome rivals and later his team manager.

The creator of the video above seems to think it’s pretty likely Ryo is the same character. Whether MF Ghost‘s Ryo Takahashi will play a more important role or is simply mentioned in an off-hand comment is unknown, but hey, it’s only chapter one.

So why write a story about a world in which cars on the brink of extinction instead of more adventures with the AE86? We don’t know what’s in Shuichi Shigeno’s head, but we think it’s a smart move.

Manga is very much a culturally important medium in Japan, often used to comment on society and the directions in which it is heading. And, like any art, it often reflects life as well as inspires it. The original Initial D was a seminal work that brought illicit drifting and touge battles to the forefront of Japanese popular culture long before the sport hit critical mass and prompted the establishment of sanctioned drifting series like D1GP. Today, the Tuner Era into which Initial D was born is on the wane.

By setting his story in this autonomous future, Shigeno is able to show how passion for cars can still burn in a world where nobody drives. It’s interesting to see a universe in which an R35 NISMO, released just two years ago, is considered an old car, and one that may allow Shigeno to explore the contrasts between non-drivers and drivers. But perhaps most importantly, if MF Ghost takes off like Initial D did, it may inspire a new — possibly the last — generation of car enthusiasts before this future becomes the present.