Toyota thanks fans for 70 years of the Land Cruiser 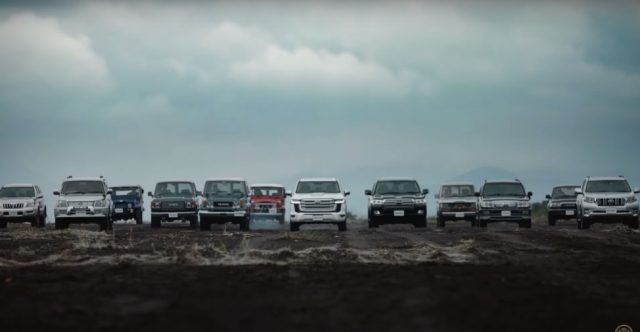 The first Toyota Land Cruiser went on sale in August 1, 1951. This year, they celebrated 70 years of the well-traveled beast by not only launching the all-new J300 Land Cruiser, but announcing that the FJ40 would be the first Land Cruiser to join Toyota’s Heritage Parts Program of reproduction parts. More recently, Toyota has released a couple of videos thanking Land Cruiser fans for 70 years of support.

The first one gathers every generation of Land Cruiser, including even the very rare original BJ and FJ20 models that started it all. There’s 14 models in total, counting the Prados and 70-series that we don’t get in the States. The cool part is, there is nothing computer-generated about this lineup. The vehicles are all there, lined up together in the dirt, even the examples from Toyota’s own museum collection.

The videos are short, but the effort put into them is substantial. It’s almost as if they looked at Nissan’s terrible 70th anniversary of the Patrol video and tried to avoid it at all costs.

permalink.
This post is filed under: Video and
tagged: land cruiser, toyota.