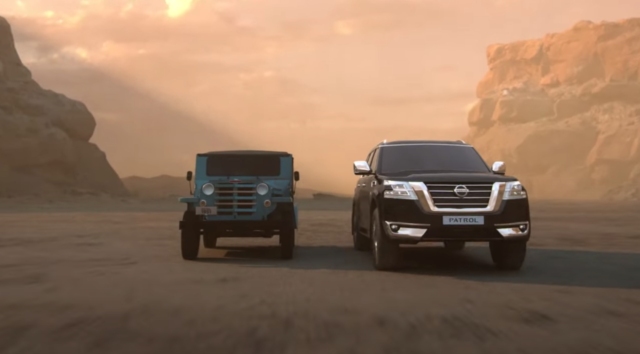 The Nissan Patrol turns 70 this year, and Nissan has released a new video previewing some kind of occasion to mark the milestone. It’s a worthy goal, as the Patrol enjoys a huge following on par with that of the Toyota Land Cruiser in some parts of the world. Unfortunately, the computer generated images of the Patrol used in the video are absolutely terrible.

Here’s the video in question, with Patrols old and new driving through a desert landscape. The 1951 Patrol’s rendering looks like something straight out of a late 1990s video game. The 2021 Patrol, which we get a variant of in the US as the Aramada, is a little better, but still not great. 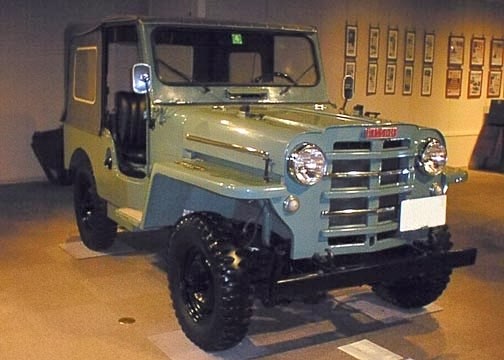 For reference, this is what an actual first-generation Patrol looks like. They didn’t even get the proportions right. Right away, you can see that the Patrol in the video is kind of squat and too wide. The error is clearest when you look at the sheetmetal real estate around the front window frame.

We get that an original Patrol is not easy to find, and even if you could get your hands on one you probably wouldn’t want to drive it at speed through rock-strewn terrain. This poorly rendered CG substitute is just plain embarrassing, though.

For the record, Nissan Middle East released a much better video using old promotional footage. Despite the grainier quality of decades old recording methods, the realism is preferable.

We’re glad Nissan is taking its heritage seriously. It has released several ads speaking to the enthusiast recently. Some are good, some are very good, and some are well-intentioned if a little bit off the mark, but the CG Patrol video is just downright lazy. Hopefully whatever celebration Nissan promises will have had more effort put into it.

permalink.
This post is filed under: News and
tagged: 4W60, Armada, nissan, patrol.