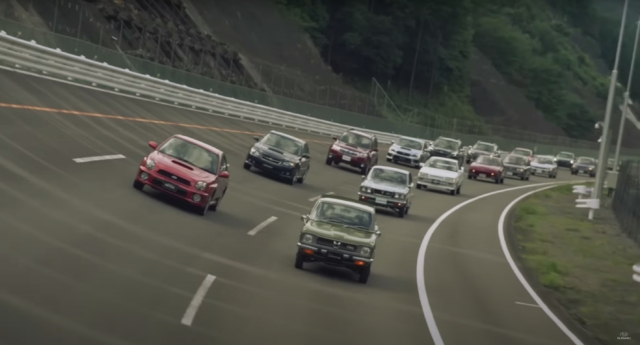 The Subaru Leone 4WD estate van debuted in 1972, making this year the 50th anniversary of Subarus driven by four wheels. Prior to its debut, all 4WD vehicles had been the domain of vehicles like the Toyota Land Cruiser and similarly truckish rigs. Subaru broke the mold for what a 4WD vehicle could be, had has been running with the formula ever since.

To mark the occasion, the company brought out over a dozen AWD cars from its heritage collection for a drive around its Tochigi proving grounds. We’ve covered the origins of Subaru AWD, but here’s the shortened version. In the early 1970s the Tohoku Electric Power Company in northern Japan asked Subaru to create a car that could help its employees maintain its power lines in snowy regions. In response Subaru created eight 4WD prototypes out of the 1971 ff-1 and sold them to TEPCO. These cars were never available to the public. Sadly, the last surviving example was destroyed in the 2011 Tohoku earthquake and tsunami. However the story continues from there. 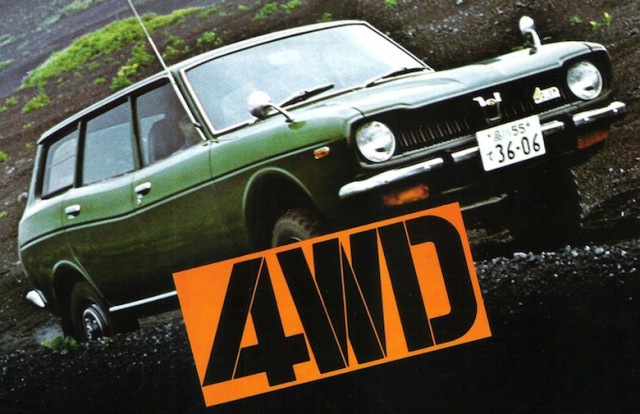 Subaru showed one of the Tohoku ff-1 cars at the 1971 Tokyo Motor Show. At the time the ff-1 was already nearing the end of its life cycle, replaced by the all-new 1971 Leone. Initially Subaru decided to offer 4WD only on the Estate Van, a trim created solely for commercial use. Under Japanese law, commercial vehicles have different registrations (a “4” license plate at the time), and there was no passenger car (a “5” license plate) version.

However, the little wagons proved so popular that many owners began making the necessary modifications — like adding a second row of seats — to make them comply with passenger car classification and re-registering them as such.

Subaru began to take notice and spread the technology into its passenger cars, starting with the 1975 Leone 4WD Sedan (the silver car in the video). Putting power to all four wheels soon became a defining part of Subaru’s brand, a legacy (no pun intended) that carries on to this day. Speaking of which, the video is ostensibly a Crosstrek promo. Nevertheless, it’s a rare opportunity to see the cars from the Subaru heritage collection in motion.