SHOWA SNAP: The old school face of Niigata Station will soon be torn down 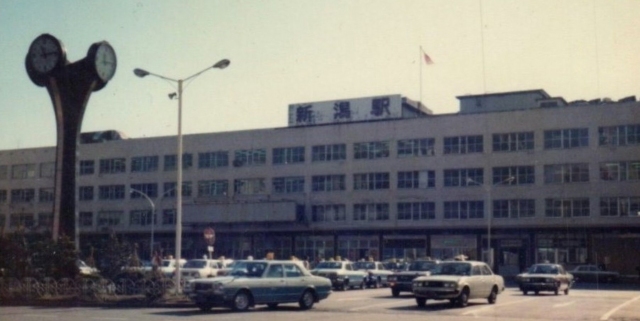 The north side of Niigata Station is a Showa Era relic that will soon be no more. It might not look like much, but the nondescript rectangular building screams Showa Era, specifically the time when Japan was emerging from its post-war occupation and on its way to becoming a truly modern economic powerhouse. The building was opened in 1958 and remained largely unchanged for over 60 years, which is an eternity in Japan. Even when the Joetsu bullet train line opened in 1982, the only adjustment made was the addition of an electronic timetable sign. Now, it’s being torn down to make way for a modern facade. 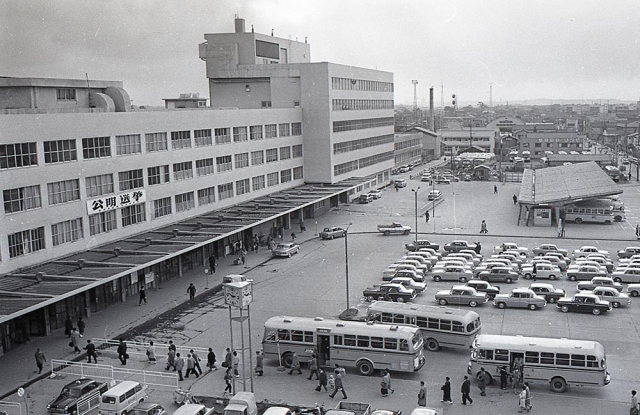 If you step out of the Bandai Exit (the area immediately north is called Bandai and has nothing to do with the makers of Ultraman and Gundam toys) and head straight, you’ll cross the Bandai Bridge, cross the Doppezaka Slope, and enter the Sea of Japan a few meters away. Back when the station was new, private car ownership was nearly nonexistent in Japan. The taxi queue was packed with Toyota Crowns, Coronas and the occasional Nissan Cedric. There’s a Nissan ute and Subaru Sambar, but they’re work trucks. The only privately owned cars appear to be a Subaru 360 and a luxurious Prince Gloria.

Niigata Station serves as major travel hub for Niigata City, the largest city on the western coast of Japan, but the somewhat building looks as if it’s been completely frozen in time. Even Kyoto, Japan’s ancient capital and hub of traditional arts, has an ultra-modern station that looks like a deck on the Death Star. Niigata is part of the Chubu region of central Japan, and perhaps a kinship with Chubu’s largest city, Nagoya, home of Toyota Motor Corp., accounts for the ubiquity of Corona and Mark II taxis. 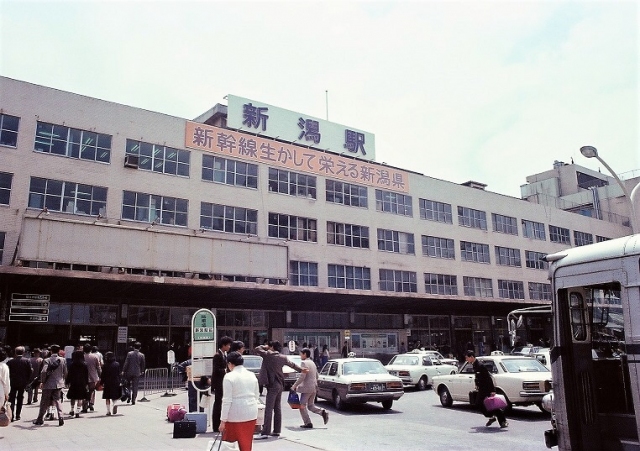 By the 1970s Niigata Station was already looking pretty run down. The cramped shops lining the entrance, boxy sedans whizzing by, and crowded buses disgorging passengers by the dozens, you can almost feel the oppressive Asian humidity coating your skin. 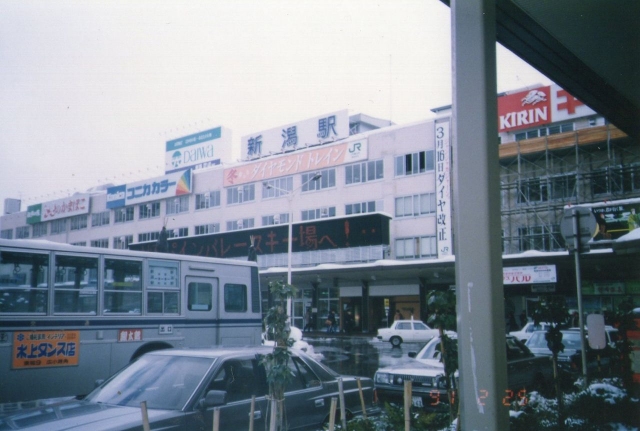 The south side of Niigata Station was remodeled in 2009, and soon the Bandai Exit will follow with perfectly manicured landscaping, covered footpaths, and plenty of glass in its facade. While it looks clean and modern, it won’t have the romance of the old Showa Era architecture. The remodeling has already begun with an estimated completion sometime in 2023, so here’s what it looked like fairly recently. if you happen to be in Niigata, you can immerse yourself in one the last remnants of everyday Showa Era life.

2 Responses to SHOWA SNAP: The old school face of Niigata Station will soon be torn down