Nissan has created a rally truck out of a 2022 Frontier that hearkens back to its various race trucks of the 1980s. The red-and-blue-over-white livery adorned many of Nissan’s off-road competition machines throughout the decade. They racked up racing accolades across the spectrum, from southwestern deserts to stadium short tracks, and were heavily used in advertising during the Reagan-Bush years. 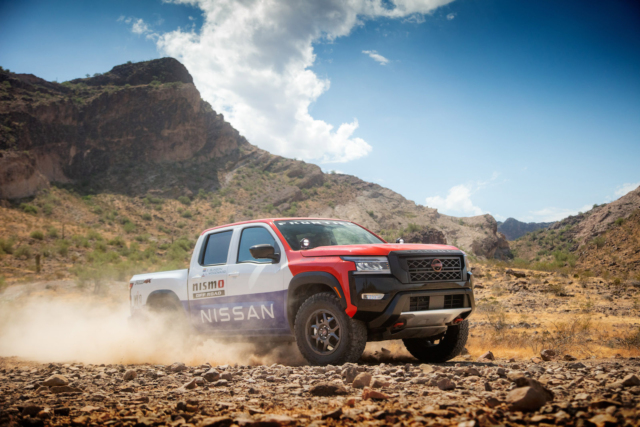 The 2022 Frontier PRO-4X was built to compete in the 2021 Rebelle Rally, an 8-day rally that stretches across 1,500 miles desert terrain in California, Nevada and Arizona. Nissan is trying to bring attention to not only the 2022 Frontier, but the slew of NISMO parts that have been developed for it. To be clear, these off-road parts are developed in and for the American market, where we get a localized Frontier unique to our region.

The livery’s color scheme is spot on. The base truck is white, with a red section covering the roof, hood, and fenders, as well as a blue lower half. Of course, the Nissan logo is the updated version. The original livery appeared around the time the Datsun brand was being phased out for Nissan, so the prominent masthead was probably there to reinforce the new name.

Over time the livery has been overshadowed by TRD’s red, orange, and yellow tricolor of the era. Toyota scored more wins, but the fact that they had an awesome video game tie-in in every 1980s mall arcade probably didn’t hurt either. Nissan is promoting the retro livery with a D21 Hardbody, but the color scheme can be traced as far back as Roger Mears’ 720 pickup. Sadly, those have likely been lost to history, making photo ops difficult.

When the D21 Hardbody when it replaced the 720 in Nissan’s lineup, the race trucks evolved too. The racing variants weren’t nearly as disconnected to the average customer as they are today. They were frequently promoted in magazine pages, brochures, and even in ads for other companies like tire supplier Bridgestone. 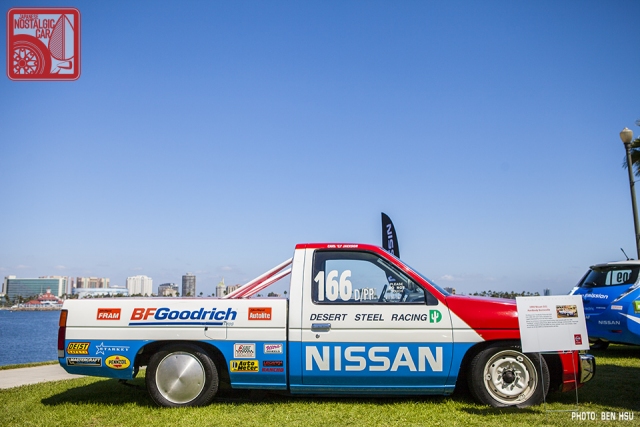 The Nissan race trucks competed in everything from the Mojave 250 to the Baja 500 and more, but the colors were seen far in a variety of motorsports venues. A D21 pickup set a land speed record for its class at the Bonneville Salt Flats, and Sherman Balch’s Pathfinder stadium racer wore the same warpaint as well. The livery was so popular, Nissan adapted it into a special edition production Hardbody in 1988 called the Desert Runner with a run of 1,000 examples. 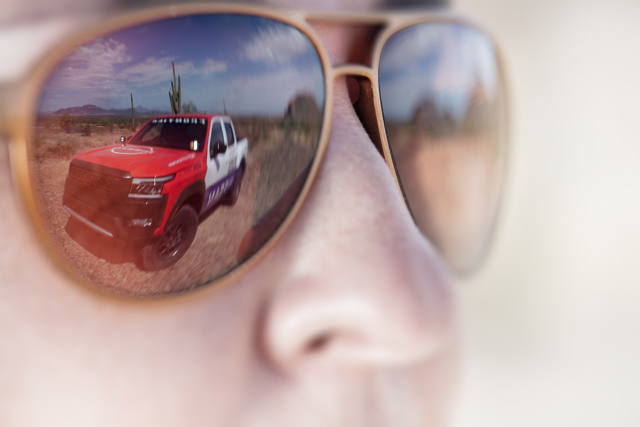 One has to commend Nissan for reviving this oft forgotten part of its history. In their official photos, there’s a picture of one of its Rebelle Rally drivers, Lyn Woodward, with the Frontier reflected in her sunglasses (I think I had a Trapper Keeper with this basic image, except the car was a Countach). “Having grown up in the 80s and knowing what the Hardbody means to Nissan’s heritage, seeing our truck rendering for the first time was a legitimate ‘lump in my throat’ moment,” said Woodward. 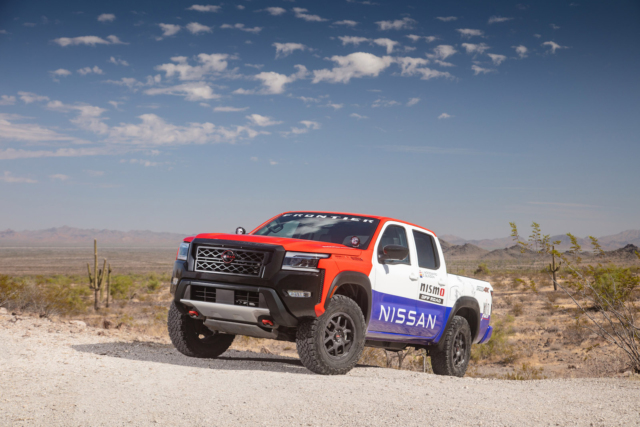 Woodward will co-drive the Frontier with Sedona Blinson when the race begins at the Hoover Dam on October 17. It ends on October 16 at California’s Imperial Sand Dunes. Earlier this year, Mitsubishi also announced a Rebelle Rally entrant with a throwback color scheme based on a Dakar Pajero. Somehow, the stars have aligned to give us competing retro liveries from two manufacturers with strong off-road racing heritage. 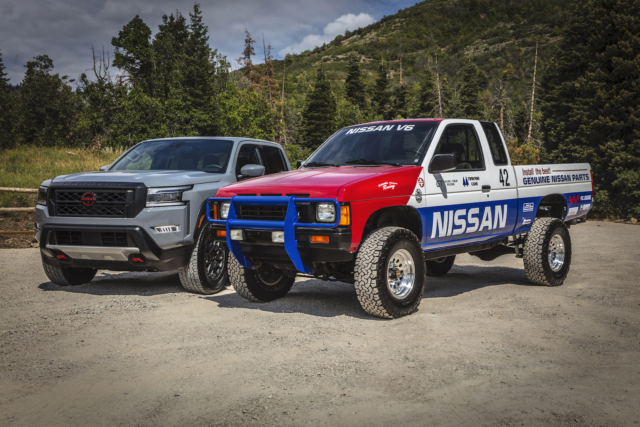 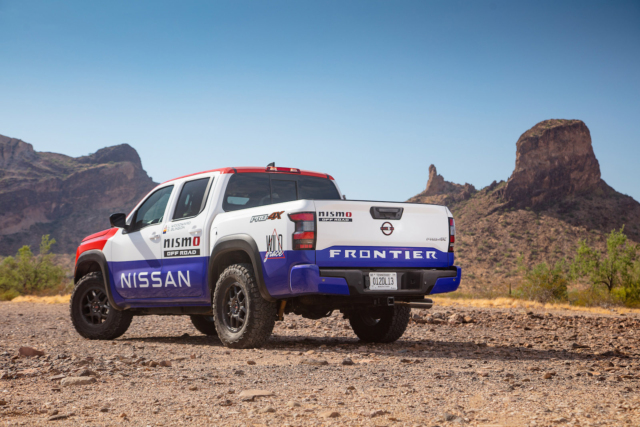 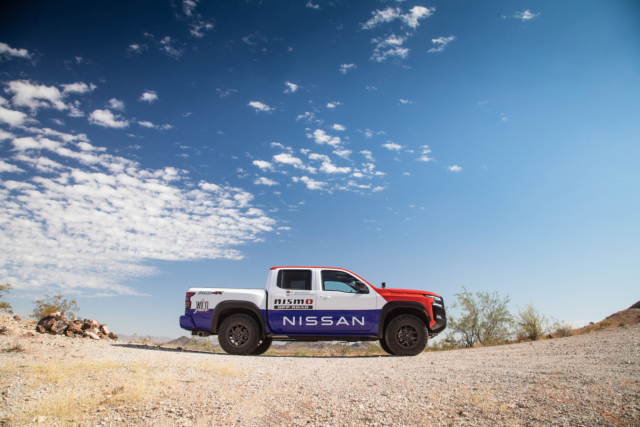 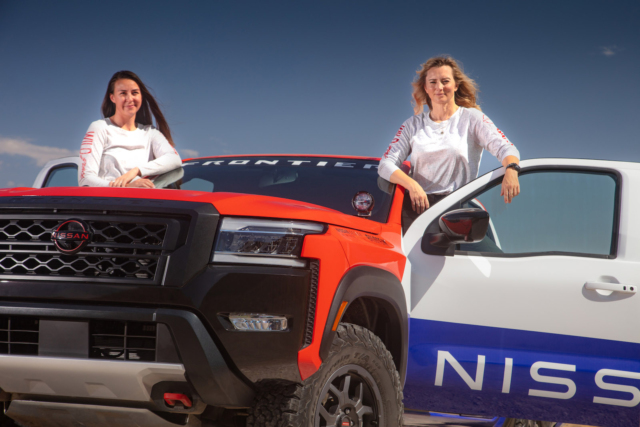 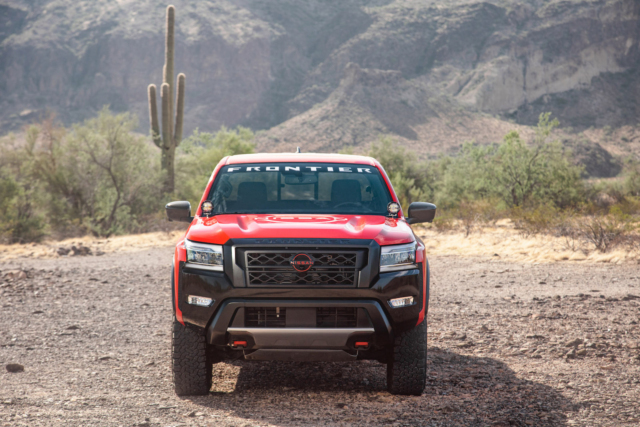 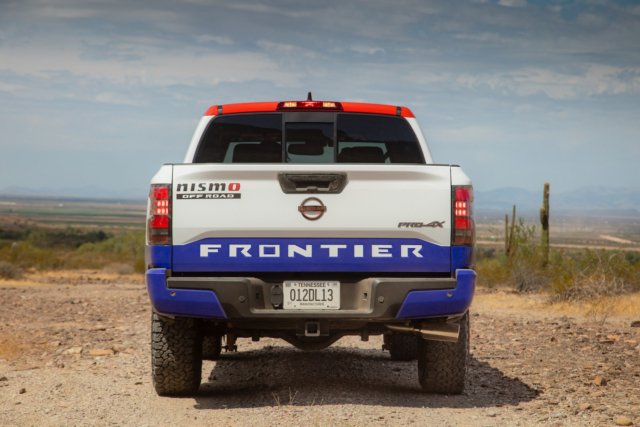 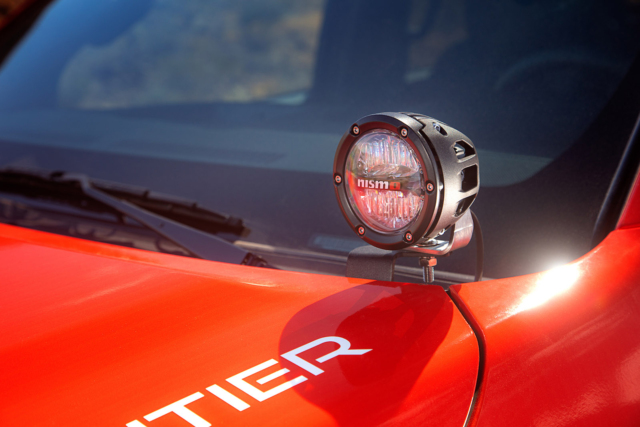 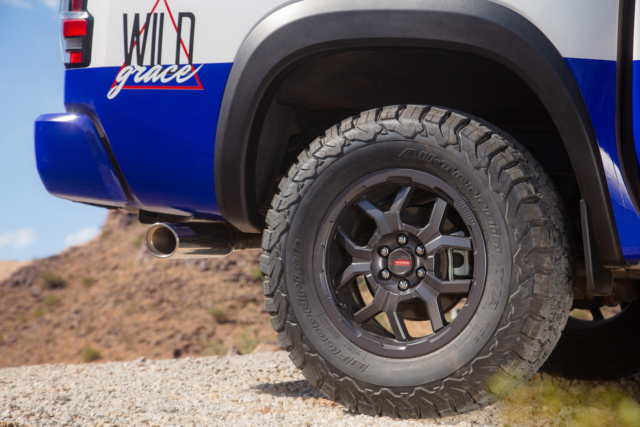 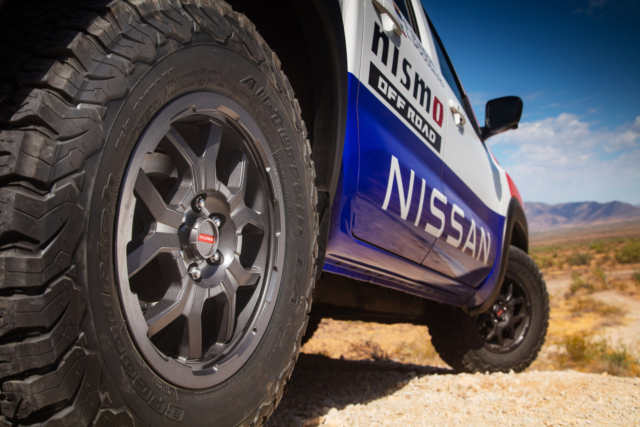 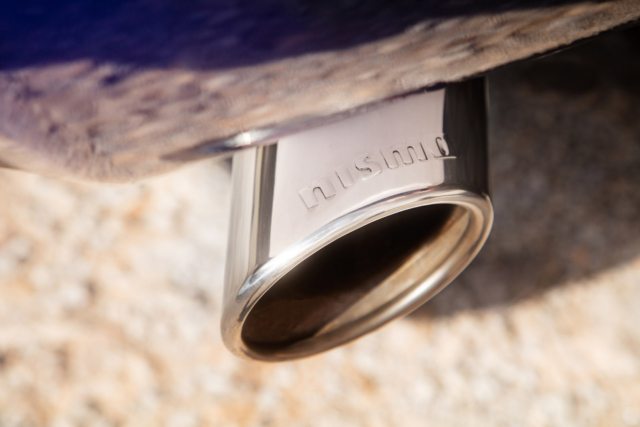 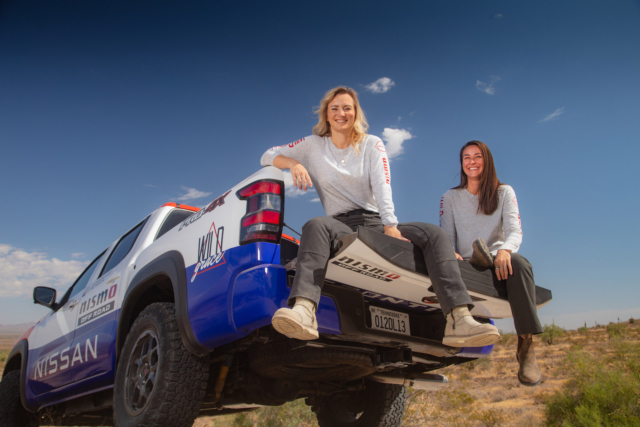 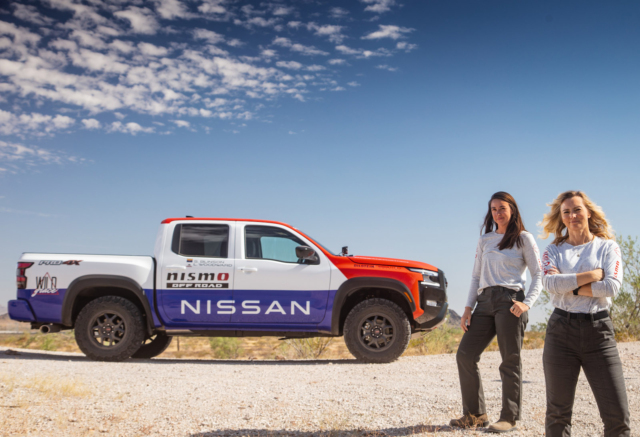