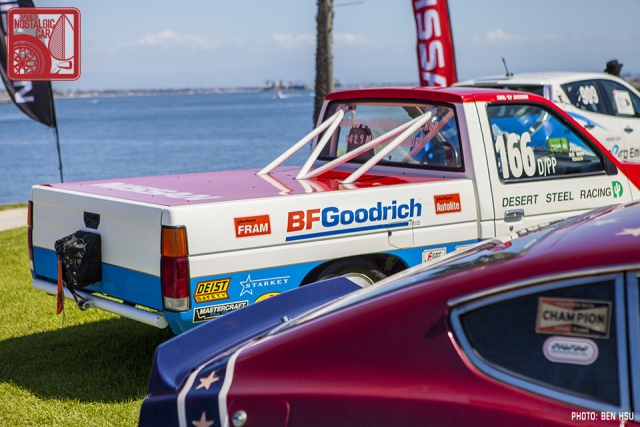 In Japan, you have full-blown vintage racing events devoted to Nihon steel, factory sponsored motorsports festivals, and manufacturer exhibits. These things don’t really happen in the US with Japanese automakers, so JCCS is one of the rare opportunities for competition machines to shine. 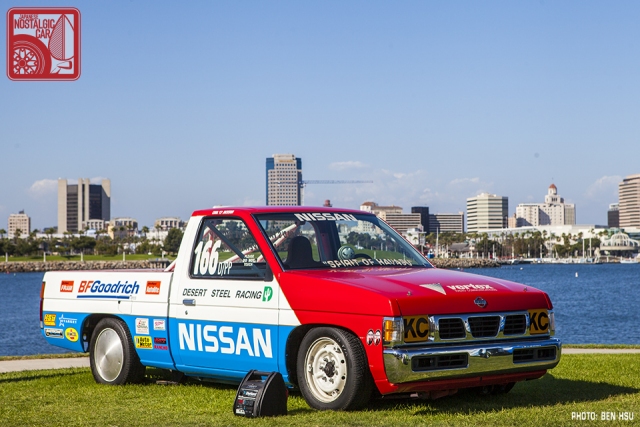 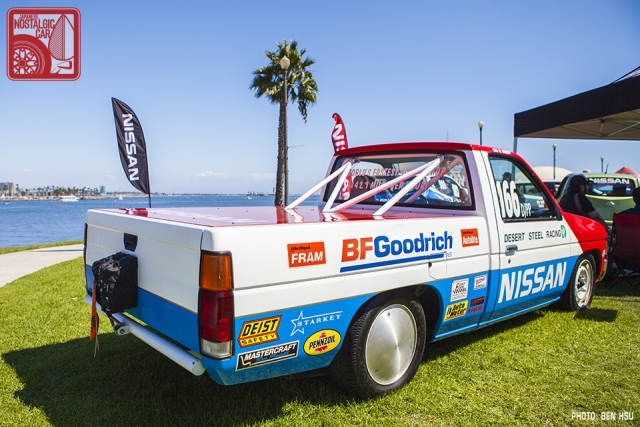 In Japan it would be common to see the Calsonic Skyline or a Super Silhoutte Silvia at the NISMO Festival. In the US, Nissan brings out racers built for a decidedly American pursuit. Back in 1994, Nissan built a D21 Hardbody pickup for the purposes of setting land speed records. The truck raced at legendary lake beds like El Mirage and Bonneville, and set a class record of 142.9 mph at the latter with its KA24 four-cylinder. 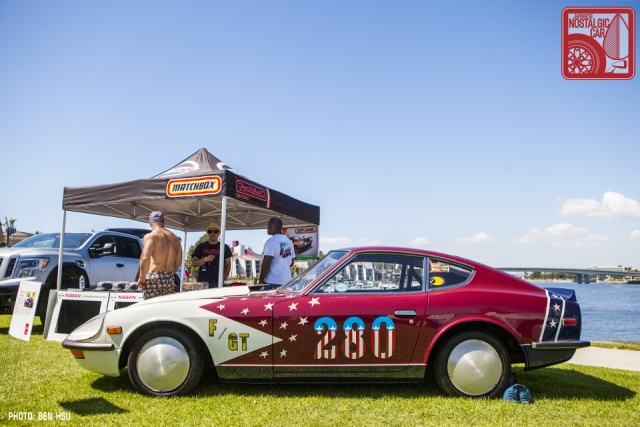 Nissan’s history of salt flat racing actually dates back to 1974, when a group of Nissan USA engineers scored an I class record of 122 mph in a Datsun B210. That feat was followed a year later with a 280Z 2+2 breaking the F and G production class records with 164.6 and 164.3 mph runs. In 1976, the team built the 240Z seen here to set the F/GT class’s best speed at 166.037 mph, a record that stood until 1985. All these cars, admirably, were built by Nissan engineers who committed their own time during off hours. 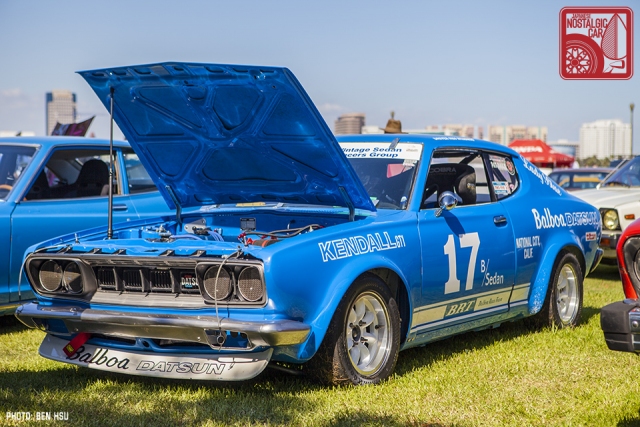 We were very pleased to find the reborn “Lady Blue” Datsun 610 at JCCS for the first time. The no-expense-spared replica of the old SCCA racer was finished in 2013, an homage to the actual B-Sedan 610 built by the Balboa Racing Team in 1973. You can read more about this particular car from this 2013 article. 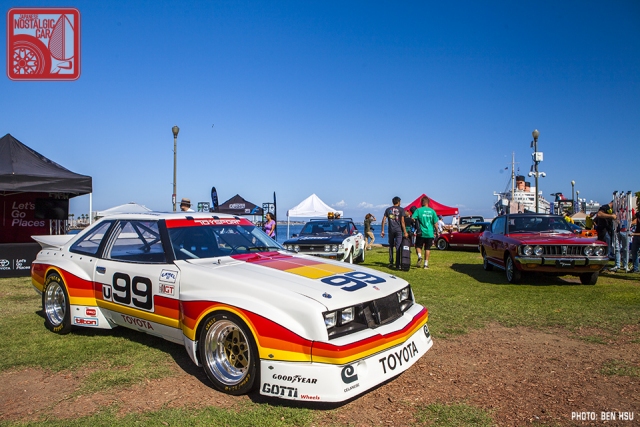 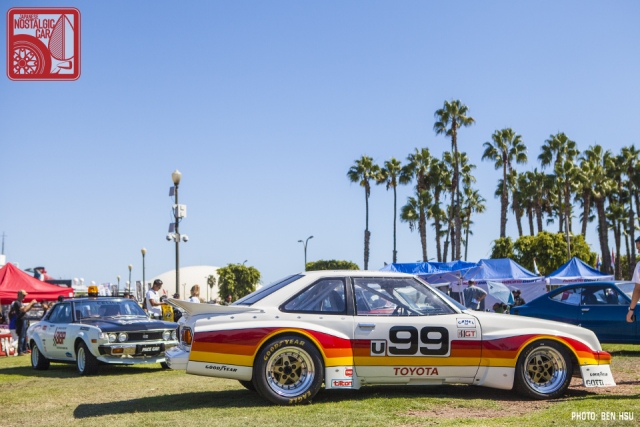 Over at the Toyota booth, a pair of vintage Celicas were on display. The widebody #99 car was one of two built by TRD Japan and sent to the US to bolster the TRD USA race shop, which had recently been established in 1979. The cars were then converted from FIA GT spec to IMSA GTU (under 2.5-liter) spec and campaigned there. Though it wasn’t hugely successful, it did pave the way for the third-gen IMSA Celicas, which won a GTU championship in 1985.

Behind the race car was another Celica, a first gen. Though it wasn’t used for racing per se, it did have a motorsports pedigree as the pace car for the first Long Beach Grand Prix in 1975. Toyota has sponsored the LBGP for 42 years straight (becoming title sponsor in 1980), which makes it, according to Wikipedia, the longest continuously running sports sponsorship in the U.S. 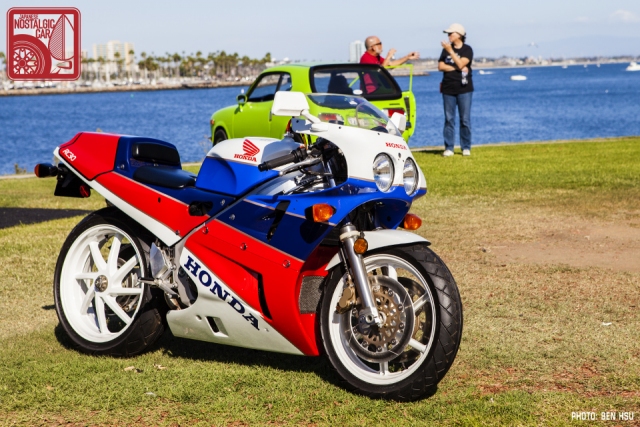 While Honda does have a substantial lineup of race cars in its collection, at JCCS they chose to display a very special motorcycle at its booth. The 1990 RC30 was a homologation special, sold in the US for just that one year. Because it was based on a race bike, it featured many world’s-first technologies found on a street-legal motorcycle, such as titanium con rods in its 750cc V-four. It won the Superbike World Championship twice in 1988-89, as well as the Macau Grand Prix in 1989-90.

When new, it sold for approximately $15,000, a stratospheric sum for a motorcycle back in the day. There was good reason for this, though. Each one was hand built, and according to Honda only 300 were made available for sale. 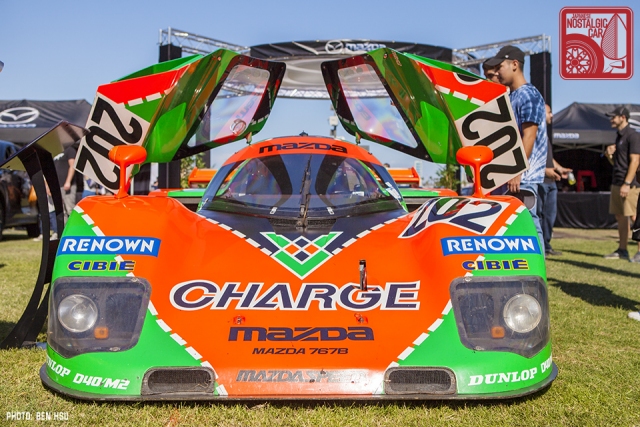 Front and center at the Mazda display was a 1989 767B, the recently restored chassis 002. Finished in the classic Renown livery, it won the GTP class at the 1989 Fuji 1000km finished 9th overall at Le Mans. You can read more about the car from this 2015 article.

We will have more 2017 JCCS coverage coming up but in the meantime, in case you missed it, here’s Part 01 — JDM Goodness.