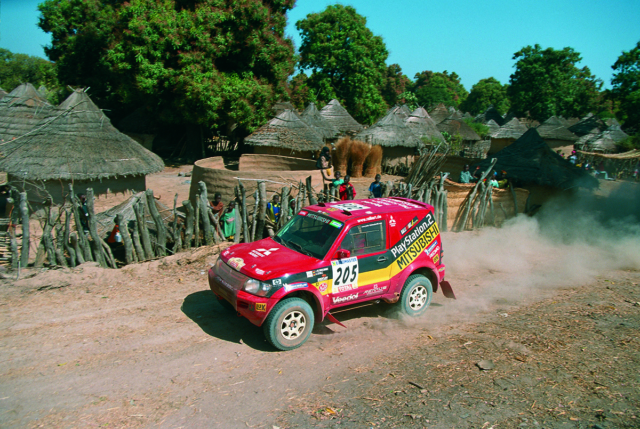 Mitsubishi has never had great marketing in the US. They never really leaned into their illustrious rally heritage to promote vehicles like the Pajero. Now they’re reviving a historically significant Dakar Rally livery to compete in a modern rally. Well, better late than never, we suppose. 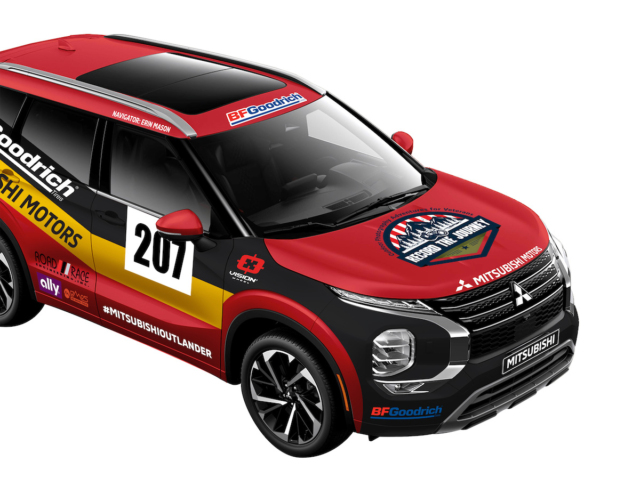 This year Mitsubishi is returning to compete in the Rebelle Rally, an all-women’s navigational rally that takes place in the California and Nevada desert. The car of choice is a 2022 Outlander, but the livery traces its roots to a 2001 Pajero that won the Paris-Dakar Rally of that year.

More importantly, that running of the Dakar marked the first and only time a woman has won the race overall. Germany’s Jutta Kleinschmidt pushed her Pajero 6,658 miles to victory, beating Mitsubishi teammate Hiroshi Masuoka by 2 minutes and 39 seconds. Masuoka, a Dakar legend, had been leading and was the odds-on favorite to win but broke a wheel 25 minutes into the 11th day. That presented Kleinschmidt with the opportunity to take the lead and make history.

Kleinschmidt gave Mitsubishi its sixth Dakar win. It also happened to be the first win in a record-breaking stretch in which Mitsubishi won the Dakar for seven consecutive years. Mitsubishi is still the winningest manufacturer ever to participate in Dakar with 12 wins, even though it hasn’t participated in the race in over a decade. 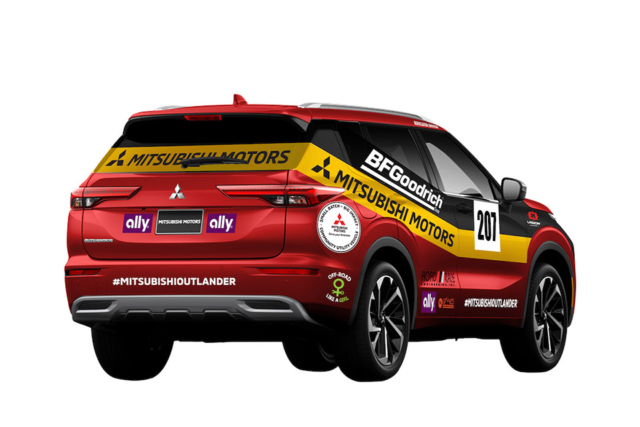 While the Rebelle Rally Outlander appears to be unmodified, Kleinschmidt’s Pajero wasn’t too far off from stock either. It was still based on a production Pajero, unlike the 2003 and up Pajero Evolution race cars, which were more like purpose-built rally buggies wearing a Pajero-esque body shell. We recently wrote about how how these production-based Dakar Pajeros were outfitted for competition

The Outlander does a mostly decent job of replicating the Pajero’s livery. The PlayStation 2 sponsorship has given way to BF Goodrich, and other logos like Ralliart, Recaro, and Michelin have also gone missing. Still, even if the Outlander is a far cry from the Pajero, and even if we’ll probably never see the Triple Diamond have a run like that again, it’s a meaningful nod to Mitsubishi’s glory days of Dakar.

The 2021 Rebelle Rally is scheduled for Oct. 7-16 and will cover more than 1,24o miles across Nevada and Southern California.