MOTORSPORT: Three Paris-Dakar drivers are reunited with the Mitsubishis they raced to victory 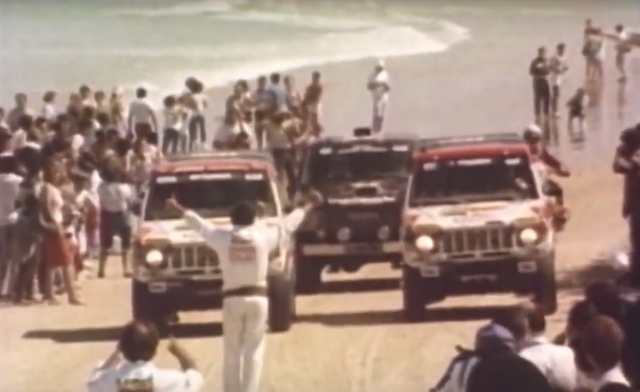 The sun is setting on the Mitsubishi Pajero, but before the legendary nameplate enters twilight, the company is honoring its many successes in the Paris-Dakar Rally. A new video released by Mitsubishi Motors titled “The Spirit of Pajero” highlights the model’s 26 years of competition in one of the world’s toughest off-road races.

There’s plenty of glorious footage of Pajeros storming the desert terrain and leaping over sand dunes. However, the highlight of the video is when it reunites three renowned drivers from three different eras with the machines they drove to victory.

In 1985, Patrick Zaniroli gave the Pajero its first Paris-Dakar win. He recalls racing over 11,000 km (6,835 miles) across the Ténéré Desert, beating out over 400 other cars, half of which never made it to the finish line.

Hiroshi Masuoka didn’t just win the Paris-Dakar Rally in 2002 and 2003, but had been involved in the development of the Pajero since the first generation as one of Mitsubishi’s professional test drivers. He fondly remembers how proud he was of the car as it crossed the finish line, as if watching his own child win.

Luc Alphand was a world champion downhill skier as well as a winner of the 2006 Paris-Dakar Rally behind the wheel of a Pajero Evolution. That year’s race covered 9,043 km (5,619 miles) over 16 days from Lisbon to Senegal across the Sahara Desert and had the highest number of entries.

It’s great to these three accomplished drivers run their hands over the cars they raced decades ago. At moments, it gets a bit emotional as they let the memories and feelings rush over them. Sadly, with the Pajero name coming to an end, it’s doubly emotional that the new Pajero each then drive will be the last of its kind.

7 Responses to MOTORSPORT: Three Paris-Dakar drivers are reunited with the Mitsubishis they raced to victory