Posted on September 7, 2017 by Ryan Senensky 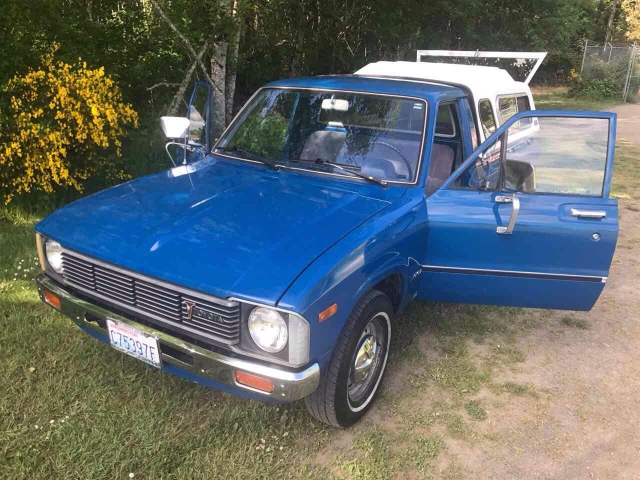 Okay, I know what you’re thinking, $10,000 is a lot of scratch for a third-generation Hilux. However, I think we can all agree that this 1981 Toyota Hilux Diesel might be the one of the best examples ever posted on JNC. It’s a time capsule that’s spent the last few years with it’s current owner as a daily driver with a complete service history of its maintenance by the professional hands at his local Toyota dealership. 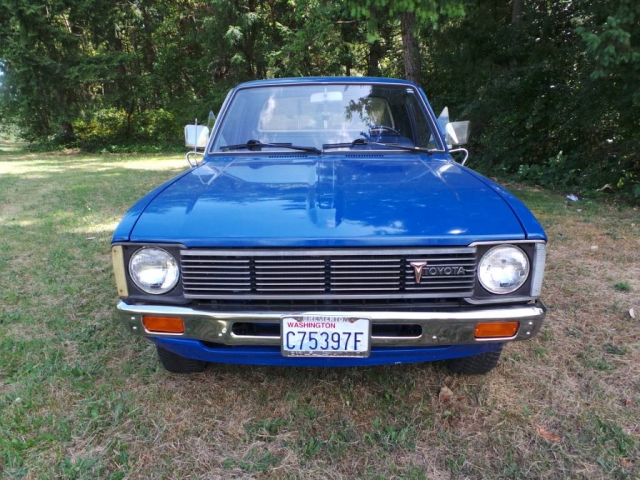 Older Toyota pickups have had quite a history, originally bought as runabout work trucks, moving into their golden age during the minitruck movement of the 80s and 90s, and finally settling into their twilight years as beater gardeners’ trucks roaming the streets of SoCal. In the mid-2000s Top Gear tested the durability of these trucks by spending a whole episode trying to kill a fourth-generation, leading its modern renaissance as a burgeoning collector vehicle. With this new interest in preservation, people are finding it quite hard to find one that doesn’t need some sort of restoration. 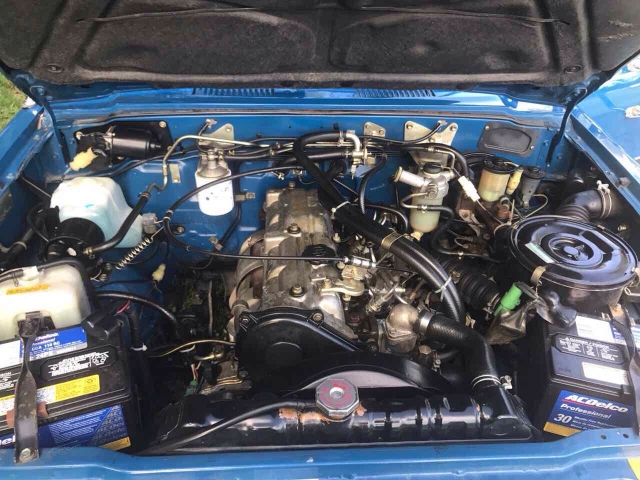 While I admit I was very skeptical of its 76,000 miles when I spotted this truck on Craigslist Portland, a peek under the hood lends credence to the owner’s claim. However, even if the 5-digit odo had rolled over, and engine bay this clean would have been equally impressive. The 2.2-liter Toyota L engine is in pristine condition and would probably put down it’s factory specified 72 horsepower if put on a dynamometer as well. Note the dual batteries under the hood — offered as a winter package to warm up the diesel before starting in colder climates. The seller says the timing belt was changed just a year ago. 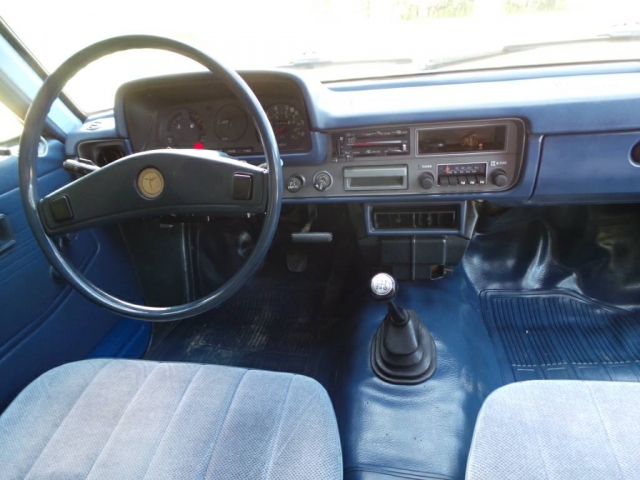 As with the Corolla posted last week, we really have to ask the question, “Who preserves this?” This isn’t some high trim level either, it’s just a workhorse diesel truck. Most were used up as farm trucks before Ja Rule built and lost his entire career. The vinyl floor is nearly flawless and the seats, minus some fading, are completely untarnished. I am completely baffled as to who had the foresight to realize how special this truck really is. 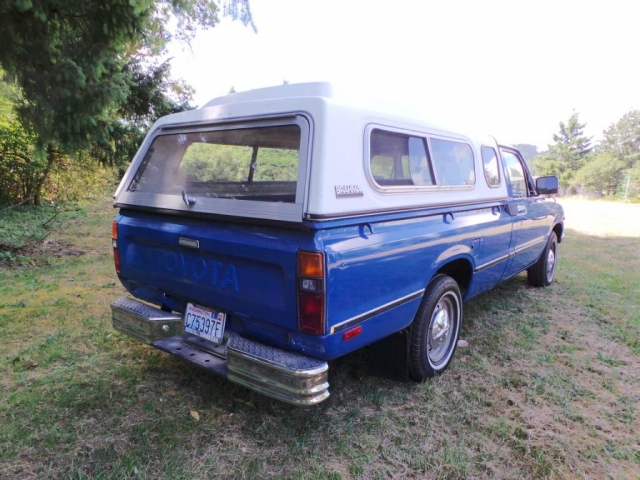 This truck was actually used too as denoted by the era correct (and moderately religiously insensitive) Brahma topper. Usually I would say remove it but it almost adds to the early 80s Stranger Things vibe of this truck. It looks especially period correct with the narrow whitewall tires. 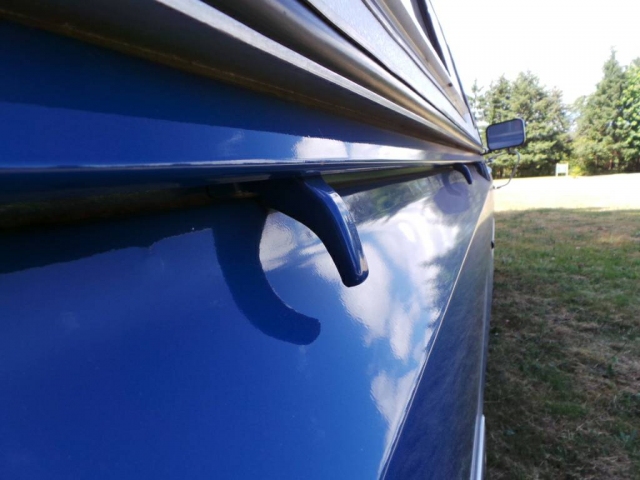 I really miss the older beds with the cargo hooks around them. If Toyota wanted to make a cool throwback model of the modern Tacoma, this style would be a great special touch. Also note the distinct lack of any bubbles here, as it isn’t rare to see this area breeding rust. 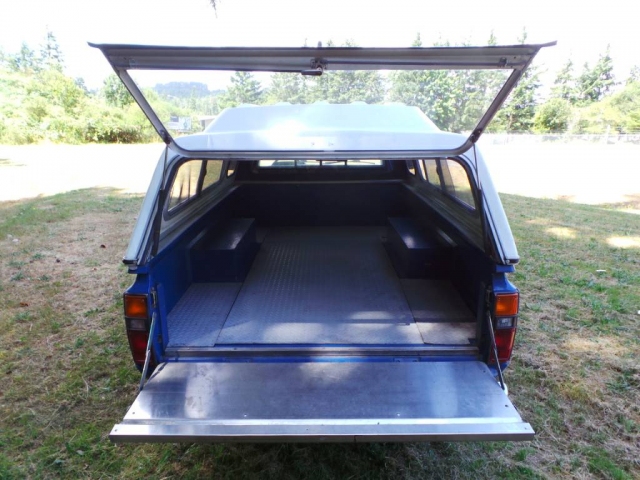 The bed of the truck has had some minor modifications with a pseudo-diamond plate floor, wood covers to the wheel wells and unfinished aluminum tail gate trim. It was clearly intended for work, but these mods only adds to my bafflement at how this truck wasn’t beaten to death. 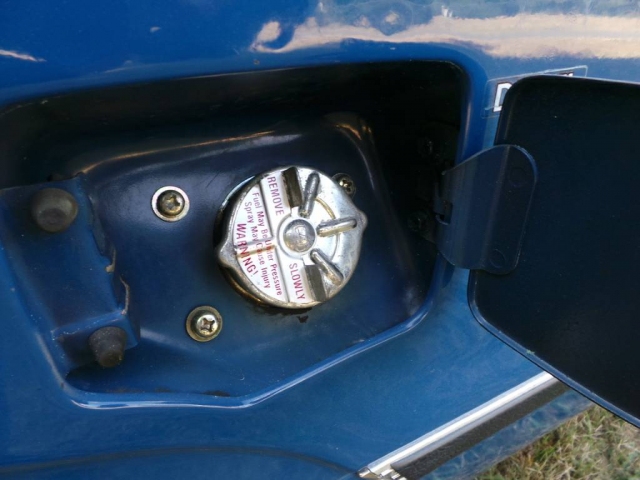 Even the screws on the gas filler have their yellow zinc plating completely untarnished. If I had a dollar for every time the gas filler area of a car from this era was completely rotted out from 36 years of spilled gas, I would be able to buy this truck right now.

Looking underneath the truck, not only are the frame rails solid but even the exhaust appears to be complete and original. 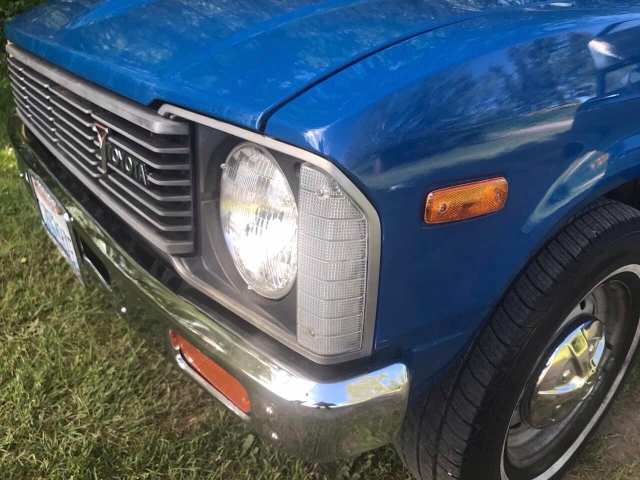 Despite their rather large surface area, the corner lights have nary a crack. These early plastic pieces were very prone to hardening and after a few years, and even minor over-tightening of the mounting screws would fill the whole piece with hairline cracks and moisture leaks. 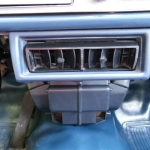 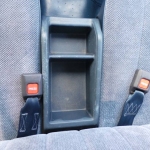 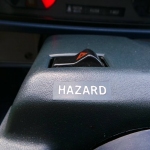 In the topic of early applications of plastics, the interior plastics are in superb condition as well. Note that the lettering on the hazard button and seat belts is unworn. The only wear appears to be some discoloring on the center console, which may just be dirty. 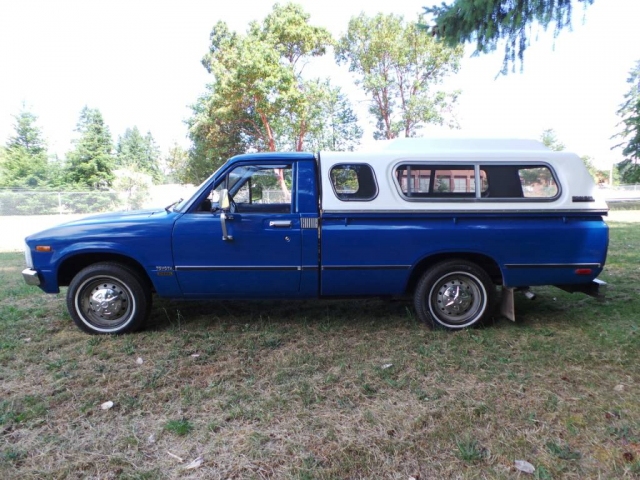 We hope that a collector can pick this truck up before some Portlandia hipster can abuse it as their ironic daily driver. While the $10,000 asking price may sound like a lot for a truck like this, it’s condition demands a top dollar price. There is a point to be made that such trucks are incredibly rare in this condition. It won’t be too long before this is the standard trading price for a reasonable example, and there is a chance they will go the way of the FJ40 and begin to fetch crazy prices in the near future. See the ad on Craigslist.

permalink.
This post is filed under: for sale and
tagged: hilux, kidney anyone, toyota, trucks.