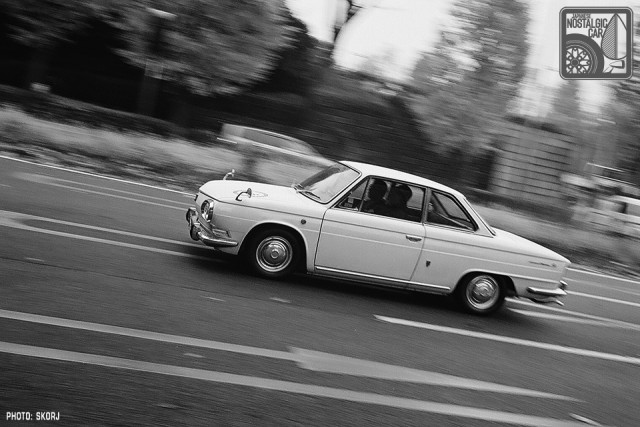 The annual Meiji Jingu Classic Car Festival offers something few other shows can claim: the chance to see its cars driving through public streets. It’s not simply witnessing them in motion, though It’s the fact that those public streets are in Tokyo, in some of the capital city’s most famous historic districts, many of which look largely unchanged since these cars were new.

Moreover, as we learned from the Showa Kinen Car Show, it’s often not what an event has, but what it doesn’t. Most of the cars here are stock, or at least only very lightly modified. Any changes made are period correct, and the selection is curated carefully by the Toyota Automobile Museum to represent the best of the Showa Era. 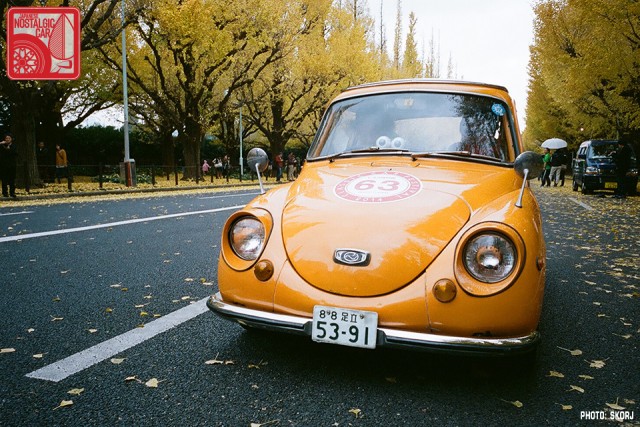 The distinctive yellow gingko trees along the main avenue going into Meiji Jingu Park have been a fixture since just after World War II. Tokyoites have been coming to the park to watch the leaves change color for half a century, and it’s not just possible but almost certain that back then they would’ve seen a Subaru 360 or two driving by. 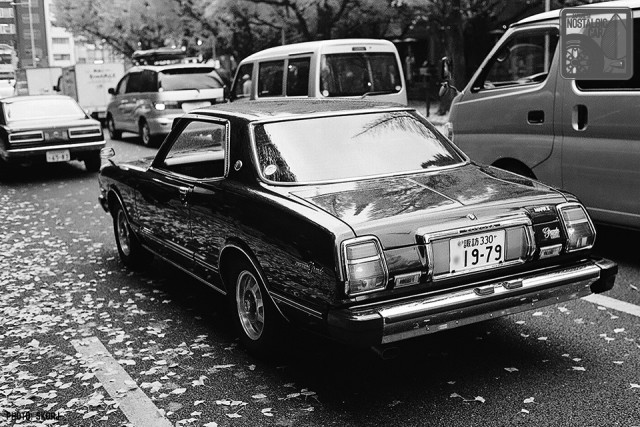 The parade itself takes cars through the park, by the Imperial Palace, and through Minato-ku, the upscale district that’s home to Japanese corporations like Honda, Mitsubishi Motors, Sony, and Toshiba. 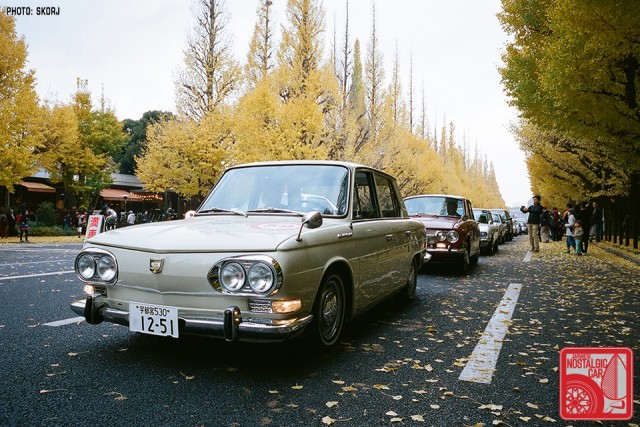 The result was a who’s who of benchmark Nihon classics reenacting life in the Showa Era. Rather than a field of sports models that only car guys would “get,” Hino Contessas and Isuzu Bellett sedans get equal chance to shine. 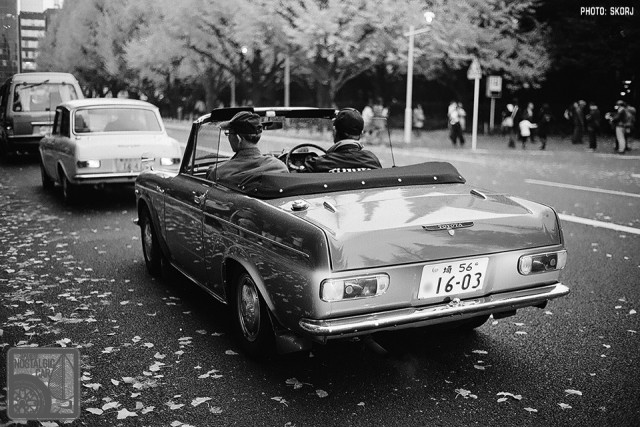 The skies would eventually open up to drench Tokyoites with one of the wettest days of the year, but early on merciful rain gods allowed open-top Toyota Publica convertibles a tranquil cruise and photographers unhurried access to rarities in the motorcade. 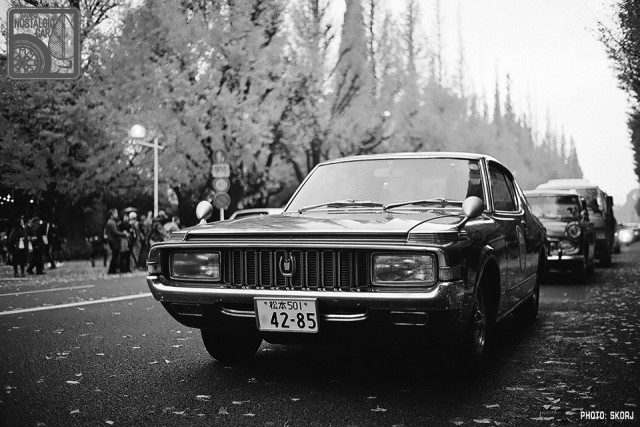 In the 70s, a square-headlight kujira Crown would have been exactly the type of status symbol seen sailing down Minato-ku avenues. 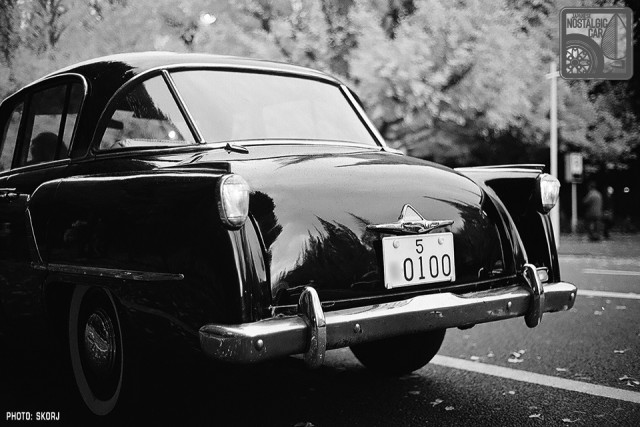 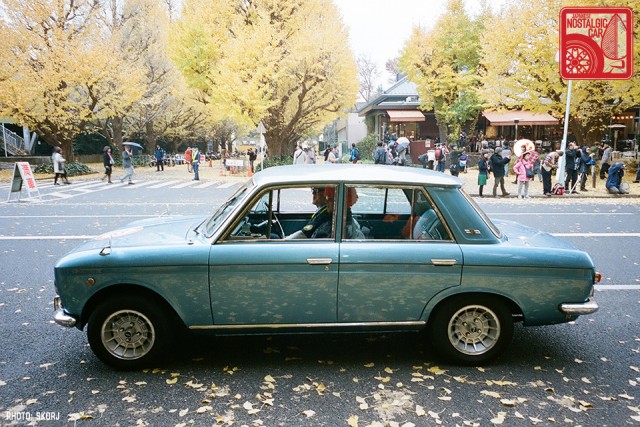 A rare mid-spec Bluebird SS, with side-draught Hitachi carburetors but not the sports cluster or Fairlady drivetrain, zestier than the DeLuxe yet not quite a full blown SSS. 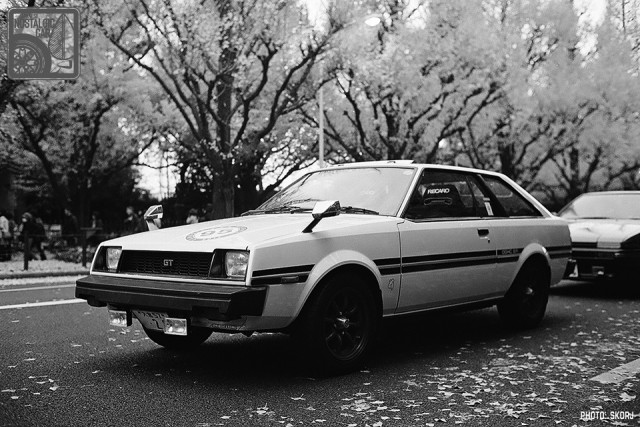 Typically overshadowed by its Corolla counterpart, the slant-nosed TE71 Toyota Sprinter Liftback 1600GT is an incredibly rare specimen even in Japan. This particular car might be the most photographed example in all of Japan.

With nothing but a slight drop in ride height, this Prince Skyline GT-B looked elegant in repose and purposeful in motion. Soon, heavy clouds indicating an impending downpour sent me in search of something to stand under. 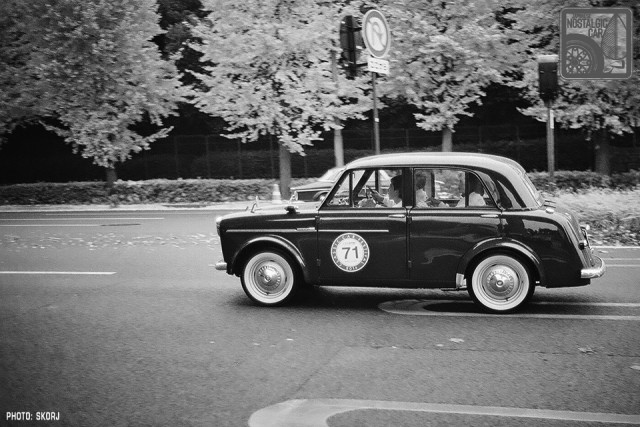 A well-preserved Datsun 210 rumbled past in all its 37hp glory, sized well for Tokyo streets. 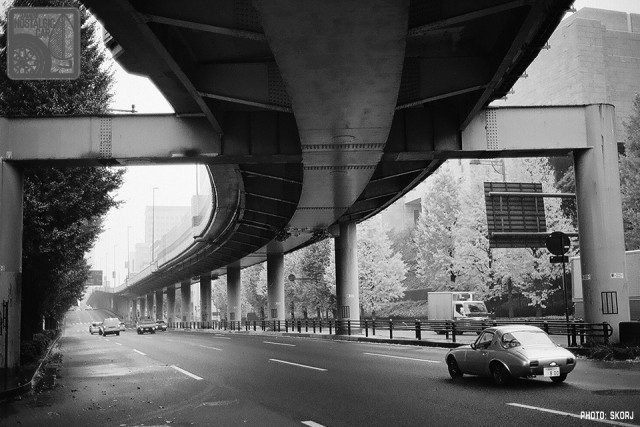 As I was choosing a suitable angle to shoot, I was joined by a Car Graphic photographer and a squadron of MGs as they retreated under cover to pull their weather protection on. A short time later we were all passed by two sturdy individuals in a loudly thrumming yotahachi, targa-topless and seemingly oblivious to the rain. 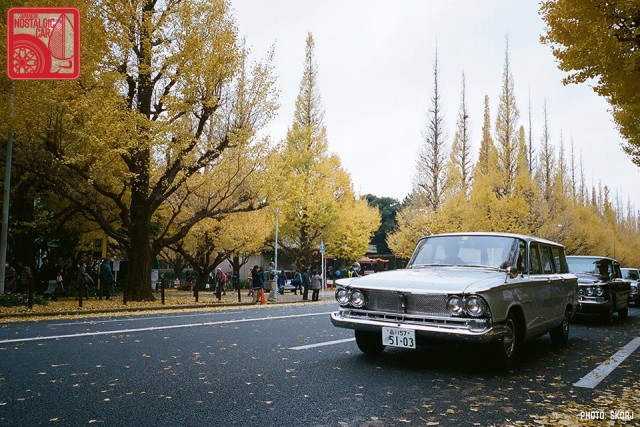 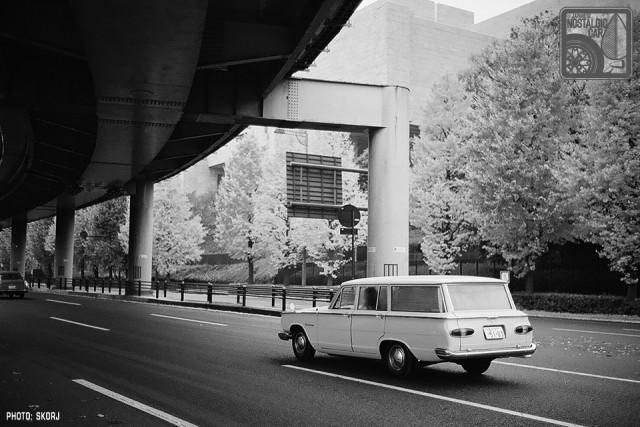 Few S40 Prince Gloria wagons survived beyond the Showa heyday. Less ornate than the sedans, they exude the charm of a simpler time. 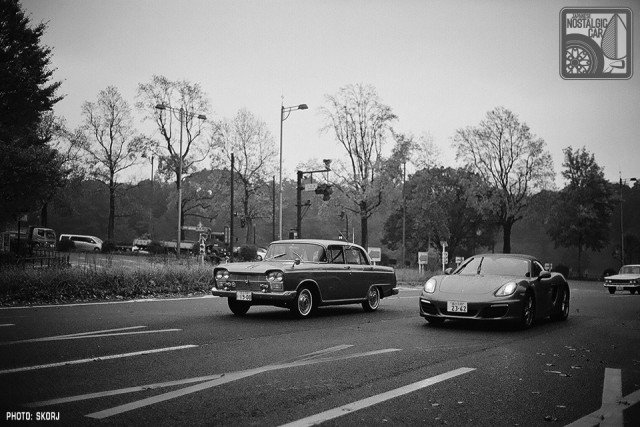 The parade provided the rare opportunity for an Series-31 Cedric, typical transport for 1960s Tokyo, to mingle with today’s standard issue status chariots.

Fun Fact: all Prince cars in attendance had clap-hand wipers. 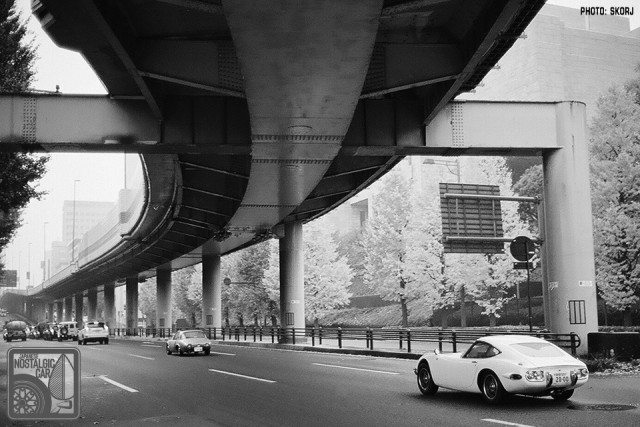 Seeing such a wide range of machines — not only the Japanese cars here, but also many Europeans — driven enthusiastically, in the rain, through the streets of Tokyo was inspiring. Listening to the deep beat of the yotahachi boxer, chain whine of a 911, barking exhaust of a Prince GT-B, cammy whir of an Alfa, soft burble of a twin-cam MG, and the dak-dak-dak of a 1950s Karmann Ghia is a lot more pleasant than standing around gawking at cars tied off behind ropes. Though I did feel nervous for the 2000GT being closely tailgated by a wildly accelerating dump-truck.

That concludes coverage of the 2014 Meiji Jingu Classic Car Festival. In case you missed it, here’s Part 01, as well as last year’s parade and car show.