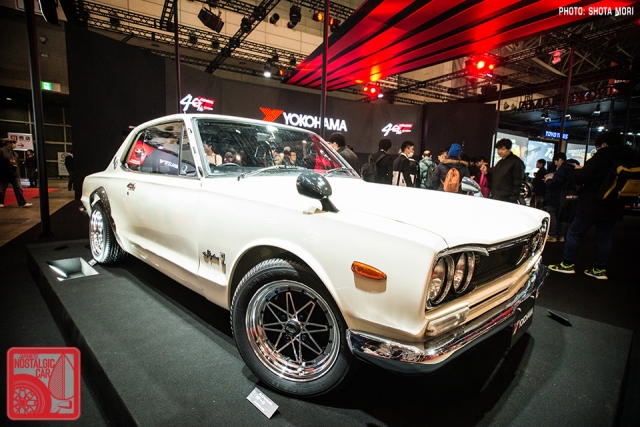 Draped in the company’s trademark colors of black and red, the Yokohama Tire booth at the Tokyo Auto Salon was among the best of the show. A gleaming white Hakosuka Skyline stood proudly at its center, and while the goal was to show off Yokohama’s newly re-released vintage tires, the car itself was stunning as well. 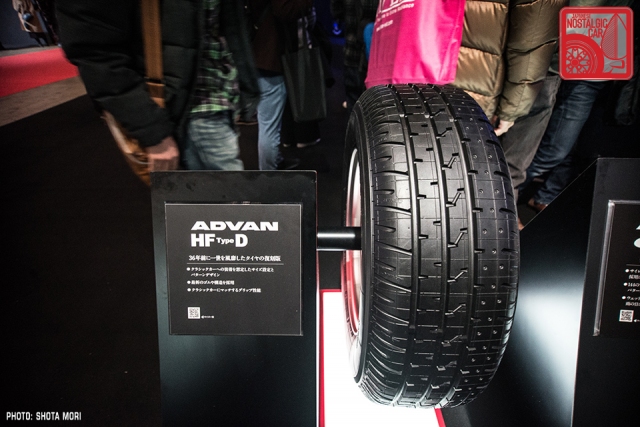 The original Yokohama Advan HF Type D debuted in 1981. It immediately gained a reputation as a superb performance tire, thanks to an asymmetrical tread pattern that had a semi-racing slick design on the outside, and a conventional treaded section on the inside. However, as wheel sizes started getting bigger and more aggressive tread patterns became the norm, the HF Type D was discontinued.

At last year’s Tokyo Auto Salon, the company released a prototype version fitted to a Nissan Fairlady Z432R. Supposedly, the company received such an outpouring of demands that they reproduced the tire. As a result, it went on sale late last year after being off the market since the 1990s.

What better car, then, could there be to showcase this reborn tire? The Hakosuka Skyline is a Japanese icon, but like the tire this one was a modern interpretation of a true classic. The GT-R clone was beautiful on Work Equip 03s and without its trademark wing, but the true mods were hidden beneath the sheetmetal. 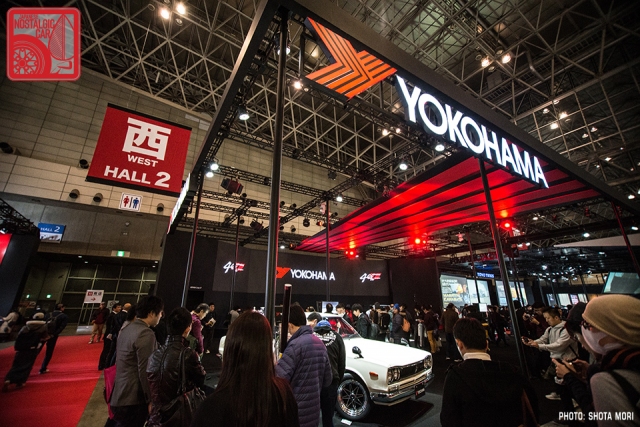 Its L-series had been swapped with an S20 motor, but instead of triple carbs it ran an OER sports injection kit. A MoTeC engine management kit controlled the ignition, and it even had electric power steering, thanks to a Wagon R power steering motor custom rigged to the steering column. 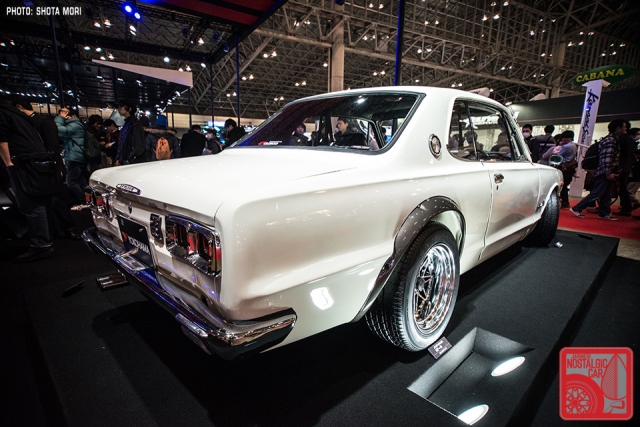 The car is the personal ride of Cusco president Tsutomu Nagase, and as such a full catalog of the company’s suspension parts underpinned it. Nagase says he uses it for driving but also for shopping trips (for hard core gymkhana, he has a Cusco-built EG Civic), and always cleans it immediately after.

The Advan HF Type D is available in the following sizes:

Unfortunately, a Yokohama representative told us that there are no plans to sell the tire in the US. Even in Japan, it’s not sold at ordinary tire shops. Orders must be placed online. Of course, there is always a slim chance that the powers that be will change their minds if there’s enough demand, so if you’re interested, please let us know in the comments.