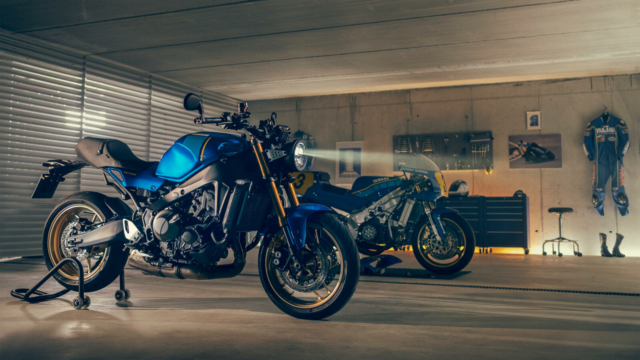 Yamaha has unveiled its new XSR900 ahead of the Milan Motorcycle Show later this month. The sports heritage model is a throwback to the 1980s, when Yamaha’s Grand Prix road racing bikes were vying for world dominance against the likes of Honda and Suzuki. In 1984 Yamaha won both the 500cc and 250cc classes, and the 2022 XSR900 is a nod to that historic year. 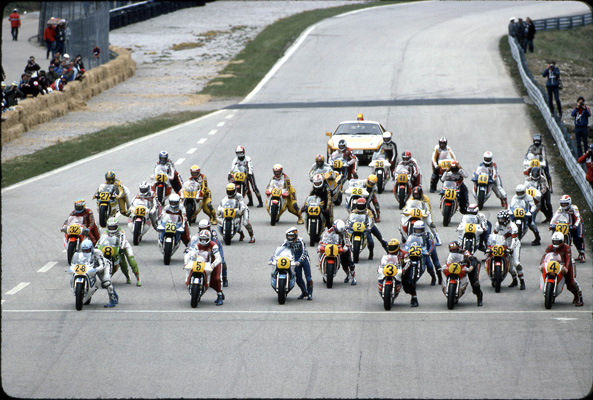 The 1984 championships were a validation of a key Yamaha technology, dubbed the Deltabox. Introduced at the Austrian Grand Prix in 1982, it eschewed a conventional tubular frame with a design that wrapped around the engine from the head pipe to the swingarm pivot assembly, providing exceptional rigidity and thus nimble handling and stability.

After the ’84 championship the Deltabox percolated from racing to street bikes when it debuted on the 1985 TZR250. The design has been copied by many a sportbike since, and went on to deliver Yamaha several more world championships. 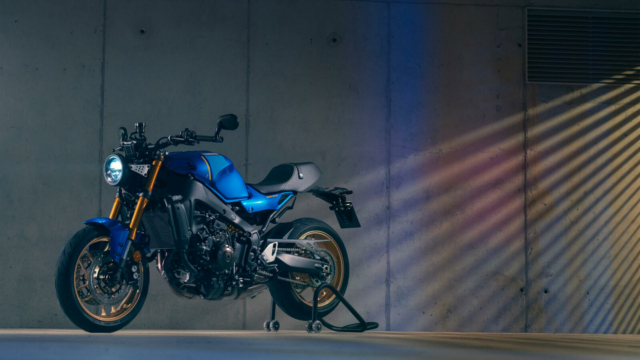 As with many recent retro bikes, the Yamaha gets many of its mechanical bits from a more mainstream sibling, in this case the MT-09 naked. However, Yamaha is quick to point out that the bike isn’t just a vintage design draped over modern running gear.

“The XSR900 is unlike many other neo-retro models in that it is not merely a revival of an ancestor or simply vintage-inspired,” the company states. “With the legendary Deltabox chassis design at the very heart of the bike, the XSR900 embodies the real spirit of Yamaha, giving physical form to the history, ideals and reputation that the company has achieved.” 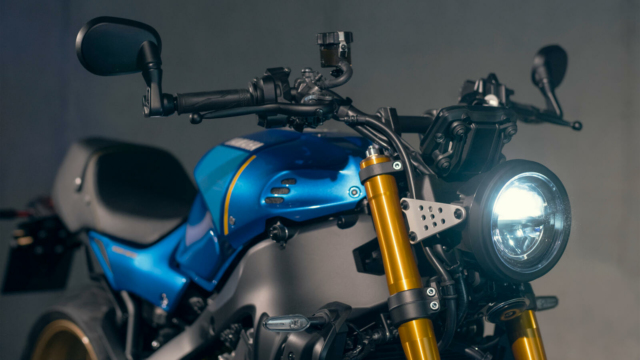 The XSR900 features its own subframe, an extended swingarm, old-school thick-padded saddle with seat hump, and even a different further-back riding position than the MT-09, giving the bike its own personality. A low-mounted round headlight keeps the retro theme going, but of course nowadays the bulb has been replaced with an LED. A “hidden” taillight, also LED, lurks just beneath the seat hump to maintain the historic Grand Prix racer image. 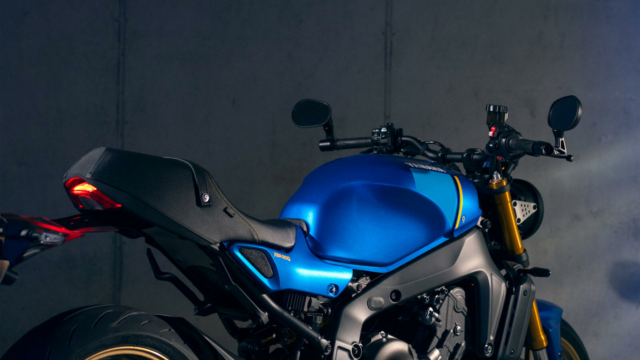 The XSR900 is powered by an 889cc three-cylinder putting out 117 horsepower at 10,000 rpm and 69 lb-ft of torque at 7,000rpm, mated to a 6-speed transmission. Adjustable KYB front forks and rear shock and Brembo discs front and rear help keep the super lightweight aluminum 10-spoke spinforged wheels planted. The readouts come in the form of a 3.5-inch TFT display, but round gauges in an oblong pod would have fit the retro theme much better. 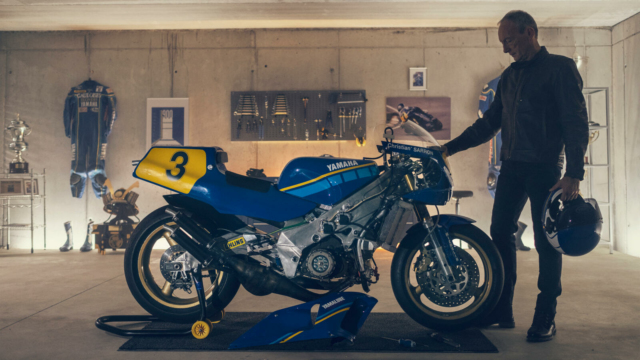 The XSR900’s fuel tank was inspired by Yamaha’s 1980s Grand Prix racers, its paint scheme a tribute to the 1984 250cc Championship bike of Christian Sarron. This Legend Blue paint, with cyan and yellow graphics, comes exclusively with (somewhat gaudy) gold forks. The only other color offered is Midnight Black with black forks.

It was sad when Yamaha discontinued the SR400 after nearly 50 years. But even if the XSR900 isn’t as fully retro as some of the other recent throwback offerings from Kawasaki, Honda, or Suzuki, we are fully on board with more bikes paying tribute to Japan’s long history of two-wheelers. And Yamaha has proven it can do old school design well. The XSR900 should arrive at dealers in February 2022. 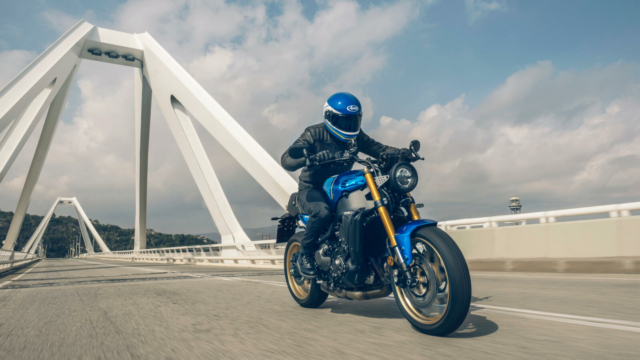 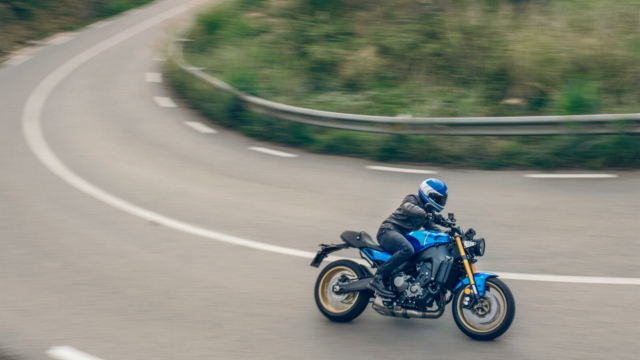 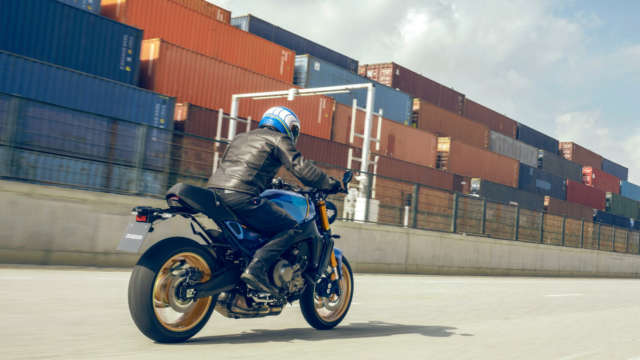 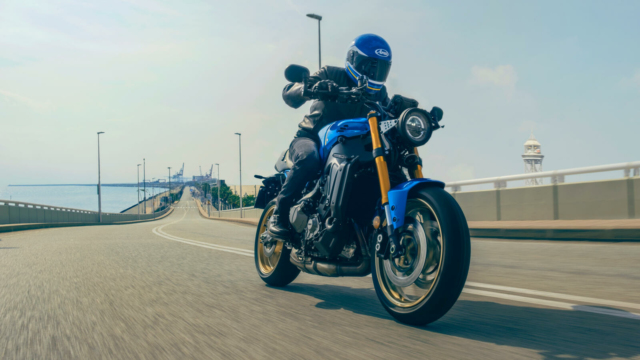 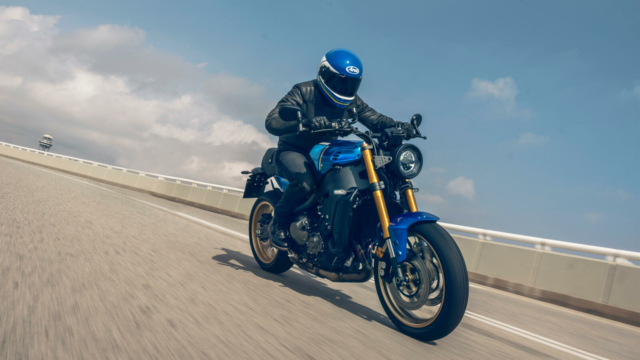 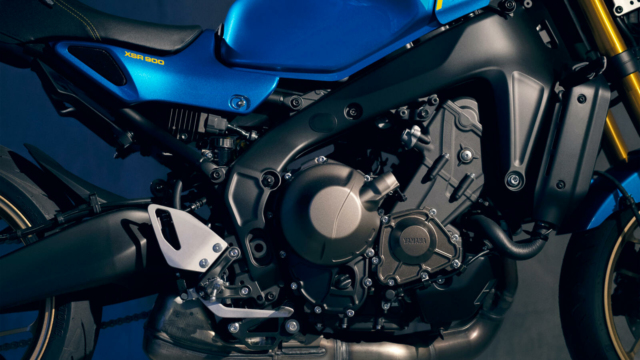 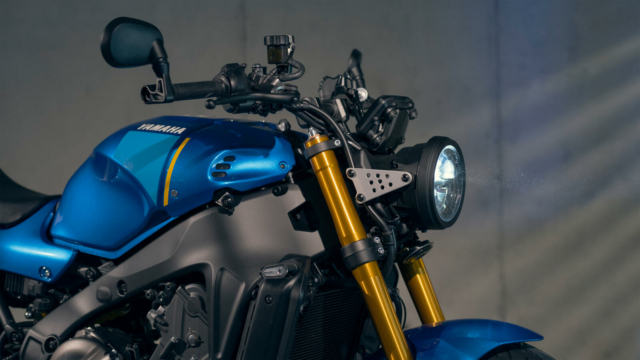 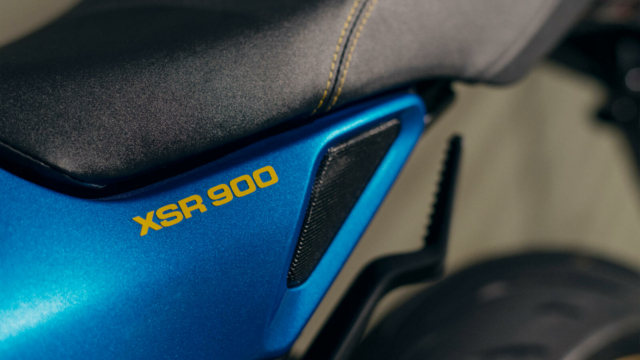 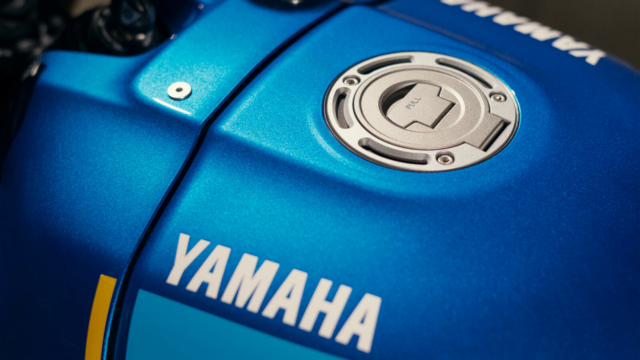 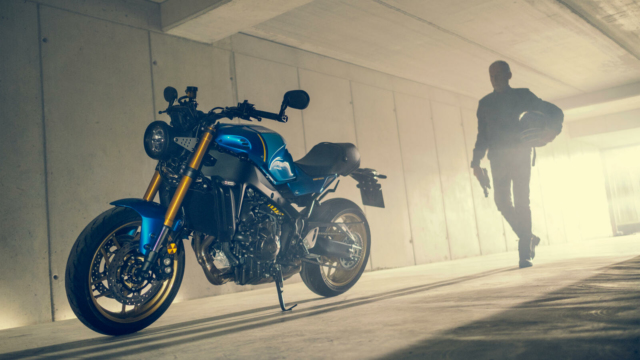 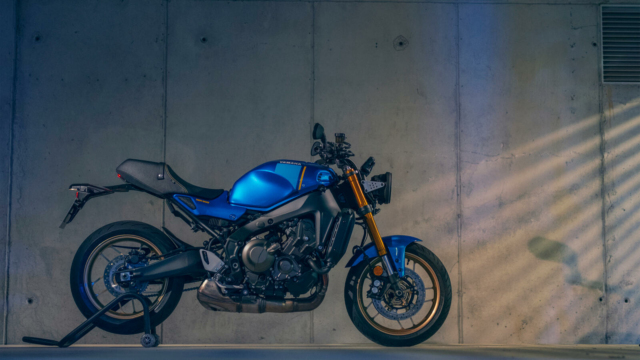 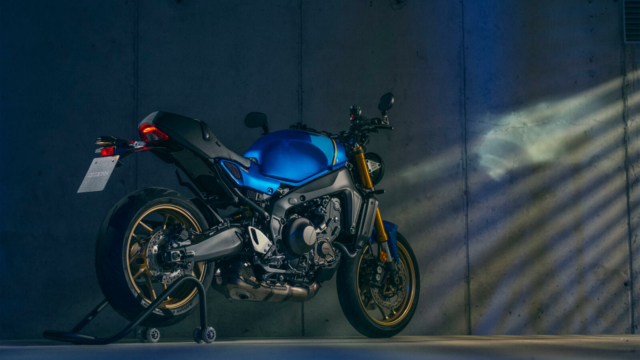 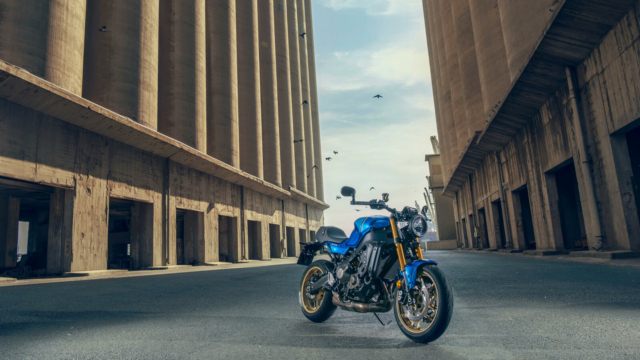 permalink.
This post is filed under: Motorcycles and
tagged: XSR900, yamaha.