VIDEO: Toyota announcement coming on Back to the Future‘s October 21, 2015 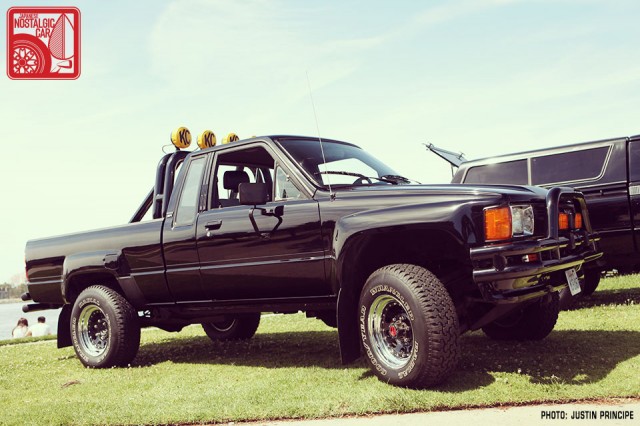 October 21, 2015 was the date Marty McFly flew to in Back to the Future II, the date we were supposed to have things like hoverboards and Mr Fusion engines. And while the film’s hero may have done all his time traveling in a DeLorean, his dream car was a black 1985 Toyota Hilux 4×4. To celebrate this landmark date, Toyota is preparing something special.

This ad invokes the fictional Statler Toyota, the dealership from which Marty gets his pickup. The teaser ends with two covered cars and a promise to “turn the future into reality.”

Amazingly, it seems that several of the film’s predictions, including flat-screen TVs, video conferencing and the Cubs actually having a shot at the World Series  have become reality. Some of them have even been directly a result of Toyota, like the Lexus hoverboard and an engine that runs on hydrogen (the Mr Fusion engine technically ran on the hydrogen found within the garbage).

Naturally, this is an ad for the Toyota Mirai fuel cell vehicle, whose launch just happens to be October 2015. What’s more interesting, perhaps, is what appears to be a Tacoma with a brush guard and KC Daylighter lamps done up in the same way as Marty’s truck. Toyota has launched a minisite for the reveal, whose URL cleverly evokes the DeLorean’s license plate.

permalink.
This post is filed under: Uncategorized and
tagged: back to the future, hilux, Mirai, toyota.

10 Responses to VIDEO: Toyota announcement coming on Back to the Future‘s October 21, 2015