VIDEO: Your all-Toyota garage in 1989 needs nothing else 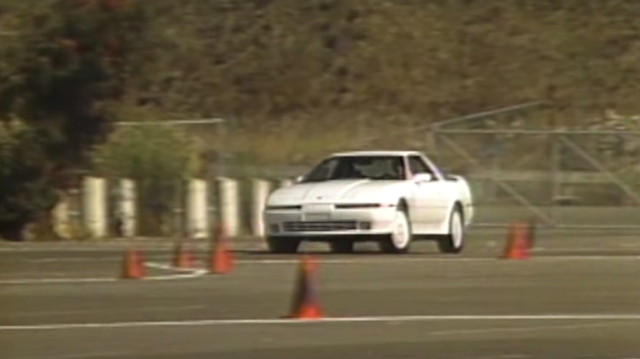 Toyota was on a roll in 1989, with three revised or all-new models that are all highly desirable today. If you bought the entire trio of Cressida, Supra, and Truck you’d have a vehicle for every situation right at your fingertips and need nothing else in your garage. They’d all be worth a pretty penny today, too.

The flagship 1989 Cressida headlined the changes with the debut of the sleek new X80 generation. As the luxury sedan of the bunch, it would’ve been perfect for hauling the family around in comfort, thanks to a new double-wishbone rear suspension borrowed from the Supra and decadent options such as an optional CD player.

Whether it was taking you to client meetings around town or on long-distance road trips with the family, the 24-valve 7M-GE inline-six was an excellent all-arounder. It even provided acceleration described in a Motorweek review as “spirited” due to its 190 horsepower and 185 lb-ft of torque. While the $21,498 price tag was deemed expensive, it was still a bargain compared to other luxury cars at the time.

Meanwhile, the 1989 Supra wore a new face and taillights, arguably the best look for the third-generation of Toyota’s sports car. The would be the fun car, the weekend or date night cruiser when the kids are with the in-laws. Since you already had the automatic, naturally aspirated Cressida you could go a little wilder with the turbocharged 7M-GTE, which received couple of extra ponies for ’89, a total of 232 horsepower and 254 lb-ft of torque. If you preferred open-top motoring, you could even opt for the Sport Roof, essentially a targa.

Finally, there was the 1989 Truck for your camping and wilderness getaways. While the solid front axle was no more, the 4×4 version gave you four-wheel-drive on the fly. A number of engine, transmission, cab, and bed options allowed you to configure the rig any way you want. With a capable chassis  bulletproof durability, you could go anywhere the Supra and Cressida couldn’t take you. Ironically, though, this pickup would be worth several times more than the Cressida today.

With these three in your driveway you could get through any automotive scenario and as a bonus, you’d only have to visit one dealership ever. But it’s not just the convenience that draws us to this lineup, it’s the fact that each car was truly tops in its segment. The lineup shows exactly why Toyota had become such a force to be reckoned with. And we haven’t even mentioned that 1989 also saw the birth of Lexus.

1 Response to VIDEO: Your all-Toyota garage in 1989 needs nothing else