VIDEO: The original Back to the Future Toyota Pickup 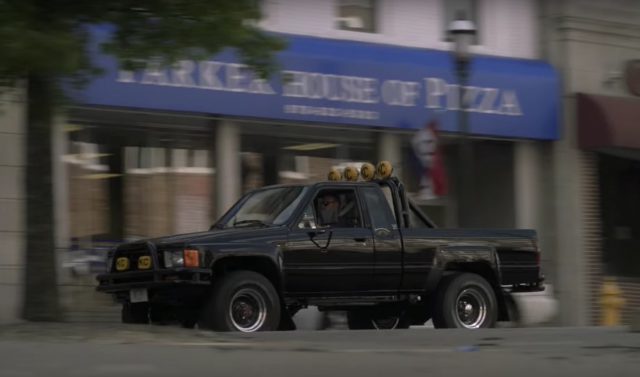 We’ve seen many replicas of the iconic Toyota 4×4 from Back to the Future, most recently at Toyotafest, but also at shows like the JCCS. Hell, we’ve even seen Lego versions, and Toyota even made their own last year. However, there’s only one actual truck used in filming that is known to have survived, and it’s owned by Patrick Shea of Hubbardston, Massachusetts.

Christopher Rutkowski of Auto Aficionado recently got to drive it and learn its amazing history, which is even crazier than being in a movie about time traveling. According to Shea, the truck used in the original BTTF was given away in a contest after filming and subsequently totaled.

When the sequels announced, a second truck was built, the one you see here. But after filming, it too was relegated to life as a daily driver. Along the way, someone painted it bright orange with a blue interior. Then it was stolen and found its way into a Mexican drug cartel, where they undoubtedly used its four-wheel capabilities for nefarious purposes. When it was recovered, an outfit called Time Machine Restorations got their hands on it, which we reported on in 2012.

Unfortunately, their work on the DeLorean from the movie prevented them from completing restoration, so they sold it to Shea, a massive fan of the BTTF films who exudes enthusiasm and has dedicated his life to restoring and now preserving the truck. After a long and convoluted life, it’s both miraculous and heartwarming to see the Toyota end up in the right hands. Watch the video and you’ll see that he’s really the perfect owner for it.

permalink.
This post is filed under: Video and
tagged: back to the future, hilux, toyota, trucks.

4 Responses to VIDEO: The original Back to the Future Toyota Pickup