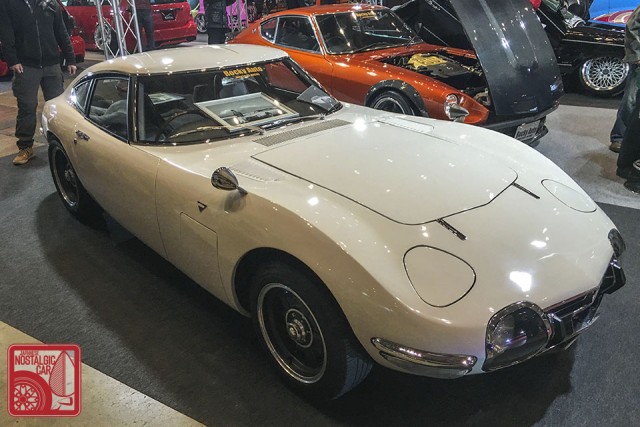 One of the most talked about cars from the Tokyo Auto Salon was the Rocky 3000GT, a scratch-built replica of the iconic Toyota 2000GT, but powered by a 3.0-liter 2JZ inline-six. It was the creation of Okazaki-based tuner Rocky Auto, whose mad builds have included a Lexus V8-powered Hakosuka and a different scratch-built 2000GT with a Prius hybrid drivetrain. Here’s a feature documentary on the Rocky 3000GT by a Japanese news station that gives a bit of a peek at how his amazing project was executed.

With the Rocky 3000GT, everything from the frame to the body to the emblems were recreated via CAD. Modern conveniences like power windows, hydraulic rack and pinion steering, and air conditioning were added to make it as easy to use as a Lexus. Note that the steering wheel is removable for bigger drivers and the HVAC controls with the clock.

The video follows legendary Toyota factory drivers from the 2000GT’s 1966 Yatabe Speed Trial as they visit Rocky Auto and give their impressions of his build. It’s all in Japanese, but it’s worth a viewing.

permalink.
This post is filed under: Video and
tagged: 2000gt, rocky auto, toyota.