VIDEO: Let’s not forget how awesome the Legacy RS was 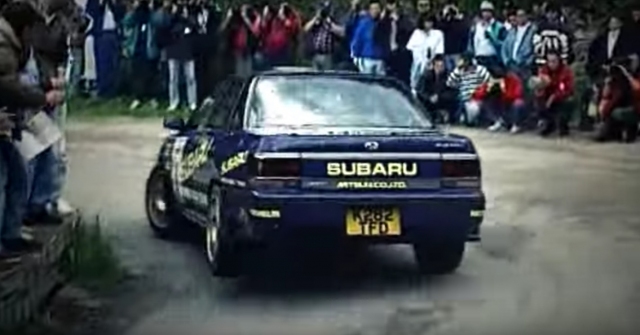 Before the WRX, STI or any of Subaru’s three-letter suffixes for the Impreza became synonymous with rallying, there was the Legacy RS. Here’s a thrilling video of Colin McRae tearing through the 1993 Tour de Corse. Turbocharged first-gen Subaru Legacys are awesome.

Unearthed by Jalopnik, the video appears to be produced footage from the 1993 WRC stage in Corsica. The car in question is a rally-modified version of the top-of-the-line Legacy RS, which came with a the 220 PS DOHC 2.0-liter turbocharged boxer and 5-speed manual. We in North America got the 2.2-liter turbo, but power was limited to 163 horsepower. Still, we want one now.

7 Responses to VIDEO: Let’s not forget how awesome the Legacy RS was