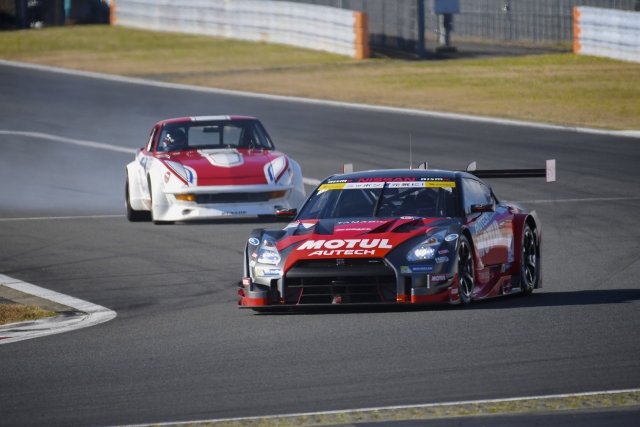 Fans at least year’s NISMO Festival were treated to the spectacle of Nissan’s historic racing machines tearing around the legendary Fuji Speedway. Though we were able to share photos of the event, there’s nothing like being there and hearing the cars actually running at full tilt. Well you’re in luck, because Nissan has released on-board footage of their HS30 240ZG doing exactly that.

This 240ZG actually runs a rare LY28 crossflow head and triple Solex 50s, good for about 300 horsepower. Because of its scarcity, the head itself sells for at least $10,000 if you can even find one. Although on the Fuji straight modern SuperGT R35s fly past the 240ZG like it’s standing still, the mechanical rawness of the engine’s wail is something that’s still unmatched.