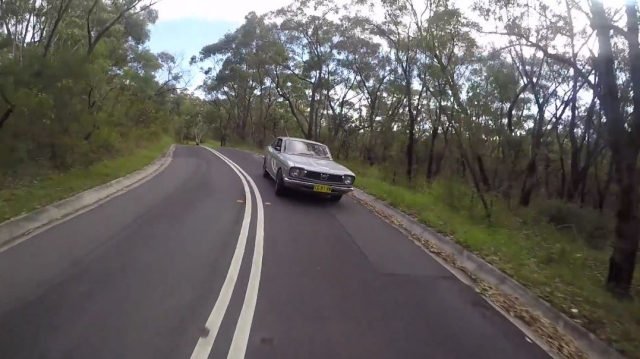 There are people who collect classic Ferraris or Volkswagens. Some people are named Jay Leno and collect everything. Then there’s Gerard Kleyn, who collects classic Subarus. Specifically, he collects cars that utilized the 4×140 lug pattern, predating Legacys and Imprezas. Grass Roots Garage, an outfit from Australia that documents the local car community, paid a visit to Gerard’s Subaru Ranch recently and made a video of their trip.

From his ranch located in a Victoria town called Tittybong (best town name ever), Gerard has made finding and restoring classic Subarus his life’s work. As we mentioned in our 50 Shades of Brown Kidney Car, there’s an extremely dedicated group of classic Subaru enthusiasts and Gerard is one of the foremost names in that world.

After a tour of his ranch, Grass Roots Garage goes on a ride in Gerard’s Leone GS-R. The GS-R was the quickest Subaru of its time. Surprisingly, it’s front- rather than all-wheel-drive. Given the longitudinal layout, equal axle length and low center of gravity of the boxer engine design, it could still hold its own with RWD cars of the era.

We could write an entire article about Gerard’s collection, but until Ben approves my expenses for a month-long trip to Australia, enjoy this video.