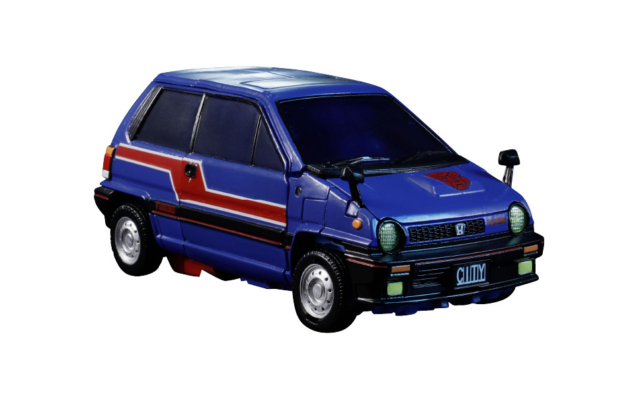 The character named Skids was not a very memorable one from the original Transformers lineup. We honestly can’t remember anything he did in the cartoon series. But, he was a Honda City hatchback in car mode, something we didn’t really get as kids because he was apparently often depicted as a minivan in the series and comic books. Soon, however, a new and more realistic version is being released in Japan.

The figure is part of the Transformers Masterpiece line, a Japanese series that takes great care into depicting the cars in authentic fashion. It’s an extremely slow-moving series as well, as we reported on another JNC-relevant tooling, an S130 Nissan Fairlady Z, way back in 2013. 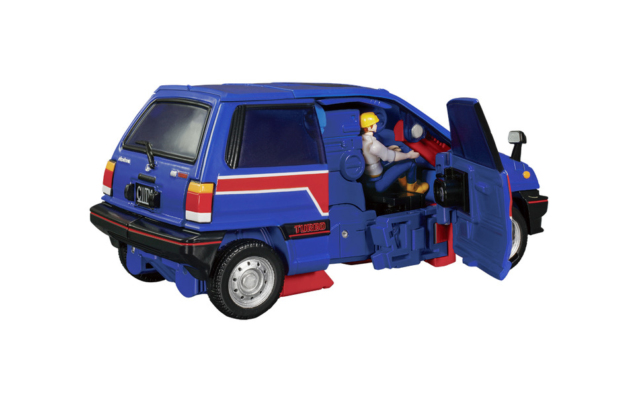 The toys feature an amazing amount of detail and function considering the fact that it still transforms in to a robot. In car mode, which is the only mode we really care about, they have opening doors, hood, and hatch. The wheels roll as well, and there’s even enough room inside to have a human figure “drive” it, albeit a bit uncomfortably. 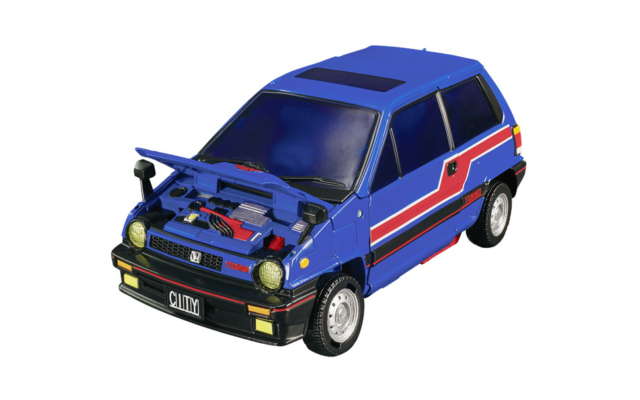 It also features some engine detail under the hood, as well as the City’s signature stalk-like fender mirrors. If you didn’t see some of the robot parts poking out from under the car, it could be easily mistaken for a pretty good Honda City model.

For comparison, Transformers Japan’s official Twitter account, helpfully tweeted some photos of the new Skids side by side with the original toy. It’s much bigger and the whheels actually fit under the body. 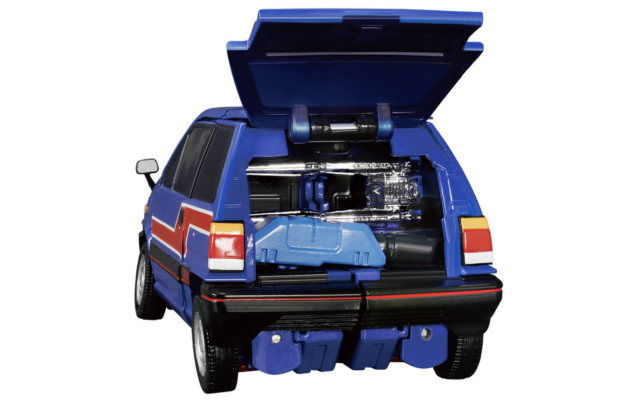 Of course, the question you must be asking is, “Does it have a Motocompo in the back?” Sadly, as far as Skids goes, the answer is apparently no. The trunk area is used for storing his guns. 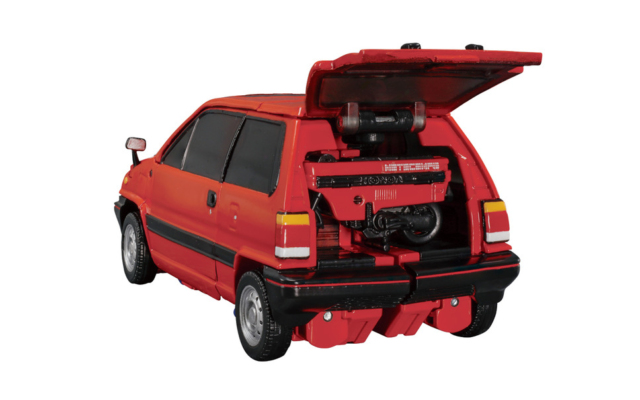 However, Transformers is also releasing a second Honda City figure along with Skids, and that one does have a Motocompo. This recolor is named Reboost, a character we’d never heard of before. Everything about the figure looks to be the same as Skids, except it’s red, lacks the side stripes, and has the all-important Motocompo.

The figures are not cheap, but you can get them in the US. The Honda City was an iconic car in its day, and it’s pretty cool to see the car (and its character) get their proper recognition here.

permalink.
This post is filed under: minicars and
tagged: city, honda, transformers.