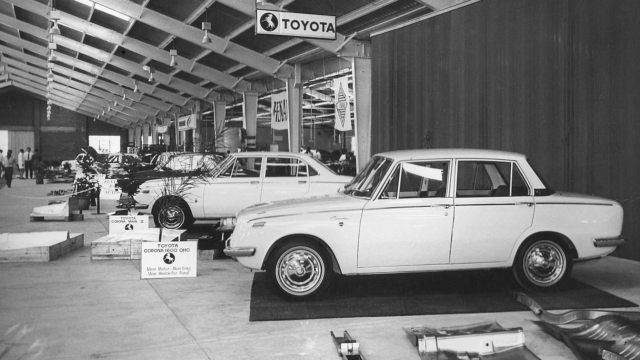 Toyota South Africa is celebrating its 60th anniversary today. The subsidiary was established in 1961, just four years after Toyota got a small foothold in California with the S30 Toyopet Crown. It shows just how rapidly — and perhaps optimistically — Toyota was expanding back then, in what must have been a gargantuan effort to broaden its presence beyond Japan. 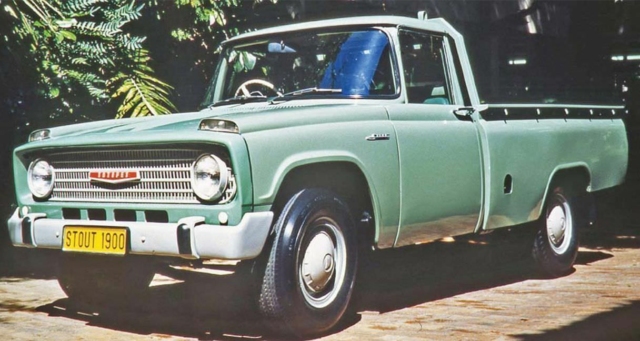 According to Toyota South Africa’s somewhat sparse history page, it does not seem that the Crown was imported there. Nor does it mention the Land Cruiser specifically, even though it’s probably no surprise that it was the first Toyota on the continent in 1959. The first official import into South Africa was the Stout 1900 pickup, which would soon be locally built at manufacturer called Motor Assemblies. 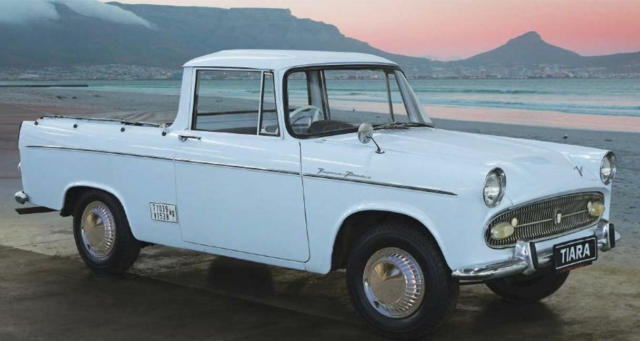 Motor Assemblies had quite a bit of experience building cars, and did so for quite a few manufacturers, from BMC to Chrysler. They even built trucks for Nissan and Mazda at the same time as Toyota, according to one history of the company. Along with the Stout, Toyota’s Tiara, a renamed T20 Corona in both sedan and ute (which South Africans referred to as “bakkie”) body styles, formed the carmaker’s first lineup. 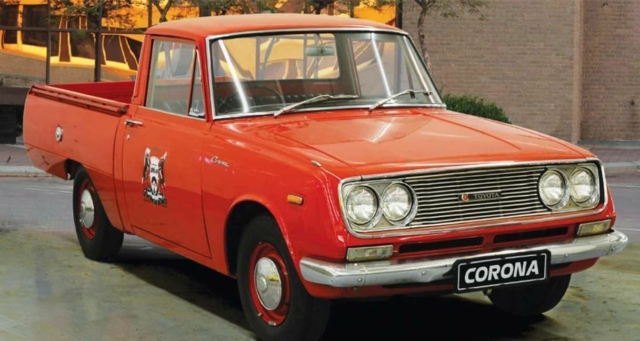 When the T40 generation Corona arrive so did a new bakkie version, also locally built at Motor Assemblies. However, as you may notice, the bed sides are noticeably more square than those of a Japan-made Corona pickup. That’s because the locally built models couldn’t afford the tooling costs for the pressed panels back then. Today, it makes for a unique variation on the T40 Corona. 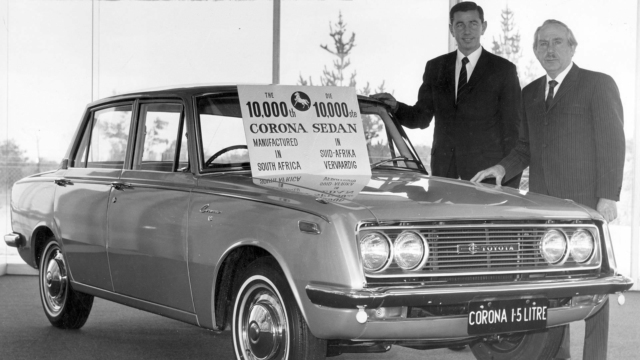 By 1966 South Africa would be Toyota’s third largest market. That was also the year the 10,000th locally built Toyota, a Corona sedan, emerged from the factory. The first Corolla soon followed. Toyota says nearly every South African has a Toyota story to tell. This includes the millions who travel by taxi, and according to Toyota SA, they’ve got the cab market cornered with a 96 percent share. 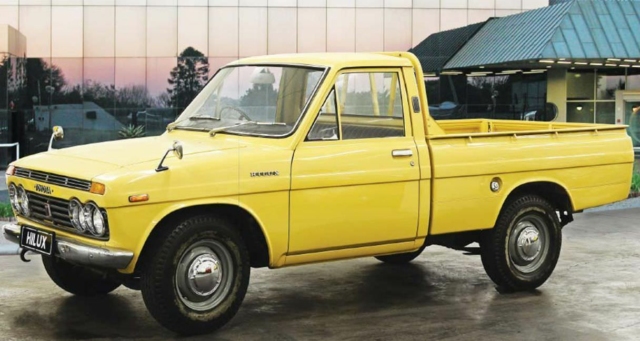 HiLuxes, too, began local manufacture in 1969. A favorite of many South African industries, from farming to mining to construction, it’s one of Toyota SA’s best selling nameplates. 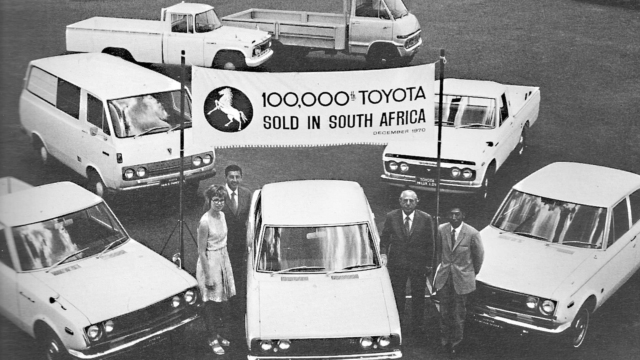 By the end of the 1970s, Toyota had bought out Motor Assemblies and it became a wholly Toyota factory. Eventually, it became the biggest auto factory in the South Africa, while Toyota became the best selling brand there.

To mark its 60th anniversary, Toyota South Africa put together a TV commercial. It’s interseting, for example, to see the Starlet name is still alive and well there. While most of the cars are new, we do get one fleeting glimpse into the Toyota South Africa heritage collection. It includes a very basic-spec X60 Cressida with steel wheels. but also what appear to be a couple cars from these vintage photos, like the blue Tiara Bakkie and yellow HiLux. Hopefully that unique red Corona Bakkie is in there somewhere too.