Initial D Toyota AE86 gets schooled by GR86 again, with a different master behind the wheel 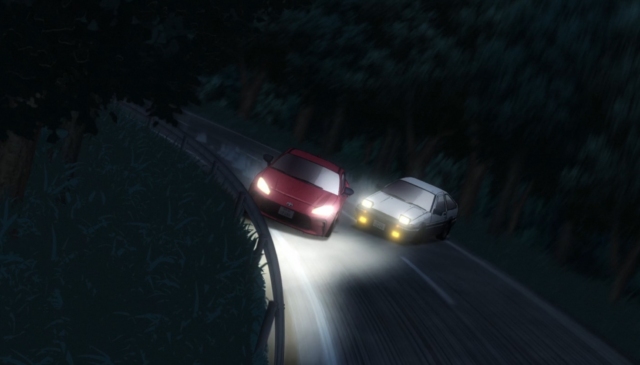 In January a series of commercials for the 2022 Toyota GR86 reunited it with the famous Initial D AE86. In those commercials tofu delivery boy Takumi is defeated by none other than the Drift King himself, Keiichi Tsuchiya (or at least an animated version of him). In a completely different series of ads playing overseas, Takumi is once again schooled, but by a different master. Who else could out-drive our touge prodigy?

Surprisingly, the old ads were developed for the US market, where Initial D was never intended to be aired in its original form. We found the new spot in Toyota China, but it likely airs in other markets as well.

It starts with Takumi lazily driving along in his AE86 Sprinter Trueno on a dark touge at night when he pulls up next to a young driver behind the wheel of a previous-gen Toyota 86. With a quick sideways glance, the race is on. Takumi pulls off his trademark “headlights off” move to confuse the poor kid. But suddenly a mysterious driver in a new GR86 comes up on them both and gives Takumi the battle of his life.

As the GR86 driver bests the AE86 and passes Takumi, he gets a glimpse of the driver. It’s none other than his father, Bunta Fujiwara! In an epilogue, Takumi arrives home in the morning to see the GR86 parked outside his tofu shop home. It’s a great tribute to Initial D, and animated in the same style as the anime series, aside from the fact that Bunta would have probably picked up a Subaru BRZ.

1 Response to Initial D Toyota AE86 gets schooled by GR86 again, with a different master behind the wheel