Toyota says the GR Yaris is a Celica GT-Four successor

At the Tokyo Auto Salon, Toyota has debuted a new hot hatch that it says is the spiritual successor to the almighty Celica GT-Four. While that claim does raise an eyebrow, the GR Yaris is a potent machine that could have hailed from the Bubble Era. It’s based off of Toyota’s World Rally Championship entrant like the Celica before it, and has dazzling specs for a compact. 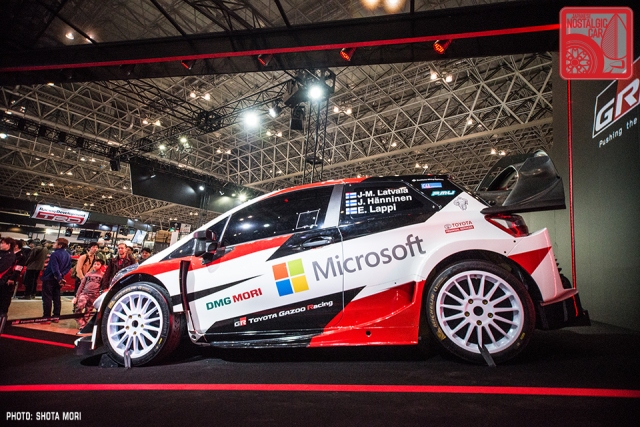 The Toyota hatchback offered as a Yaris in the rest of the world is not available in the US. We get a re-skinned Mazda 2, which is no slouch, but tragically, is made one because Toyota USA’s marketing geniuses decided to offer only an automatic. It’s too bad, because Toyota has been campaigning the Yaris in WRC since 2017, after returning to the sport in 2017. In 2018, Toyota won the Manufacturer’s Championship and last year Yaris pilot Ott Tänak took home the Driver’s Championship.

Introduced at the 2020 Tokyo Auto Salon, the Toyota GR Yaris was built to homologate the car for next year’s WRC season. As such, the car features a two-door body style with huge fender flares that deviates quite sharply from the dork-spec four-door Yaris. The standard torsion-beam rear suspension has been replaced with double wishbones as well.

Underhood lies a Toyota G16E-GTS, a turbocharged 1.6-liter three-cylinder generating an astounding 268 horsepower and 273 lb-ft of torque. The engine is mated to a 6-speed manual. Thanks to an aluminum hood, trunk, and door panels, as well as a carbon fiber roof panel, in total, the car weighs just 2,822 pounds. 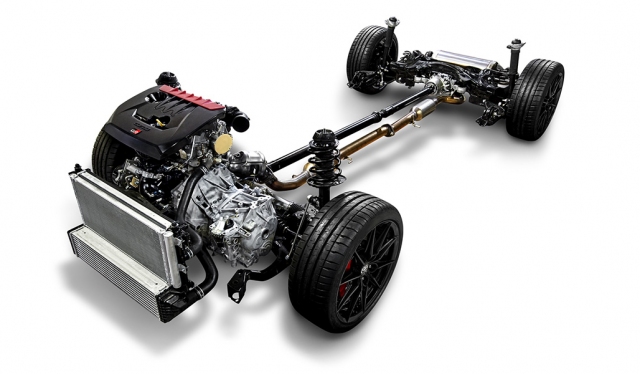 Power is distributed to the four wheels via two Torsen locking diffs, and the driver can select three front/rear settings. Normal mode divides the power 60/40, Sport mode moves most of the power rearward for a 30/70 split, and Track mode shares it evenly 50/50. Toyota calls this system the GR-Four, a reference to the famous Celica GT-Four that underpinned three generations of WRC racers.

As for why the GR Yaris exists, “Toyota need[s] to get sport car back,” said Toyota CEO Akio Toyoda, who rallies an 86. “[The] Supra made a successful come back, but still, I have always wanted sport car purely made by Toyota.” The 86 was co-developed by Subaru and the Supra is mostly BMW.

Toyoda felt that in order for Toyota to be respected as a brand in worldwide, they had to build a successful WRC competitor, and win. “This GR Yaris is the sport car we made from scratch to win at world level,” Toyoda-san said. He is clearly proud of the car. 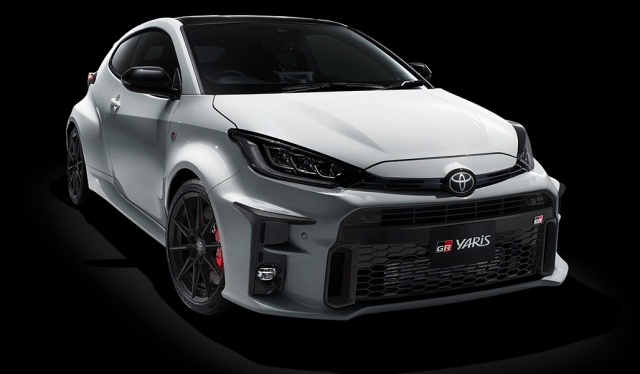 To mark the launch of the GR Yaris, Toyota is taking pre-orders from January 10 to June 30, 2020. No, you can’t order one from the US. The car will be built at Toyota’s Motomachi plant, where they stopped production of the Mark X last month. The RZ First Edition cars will come with matte black grille, side diffusers, spoiler, and rear bumper. The RZ High Performance First Editions will get additional matte black BBS wheels.ica,

There’s very little to suggest that the car has anything to do with the Celica GT-Four other than a presence in WRC. In a page titled “GT-Four to GR-Four,” Toyota conveniently forgets to mention that the Euro-spec Corolla took over where the Celica left off.  Toyota is clearly not above slapping its adored names on anything and ret-conning a performance story out of it (see 86, Supra), and to say this is a successor to the Celica GT-Four is a stretch. But hopefully it shows Toyota still has what it takes to develop sporting machines on its own.