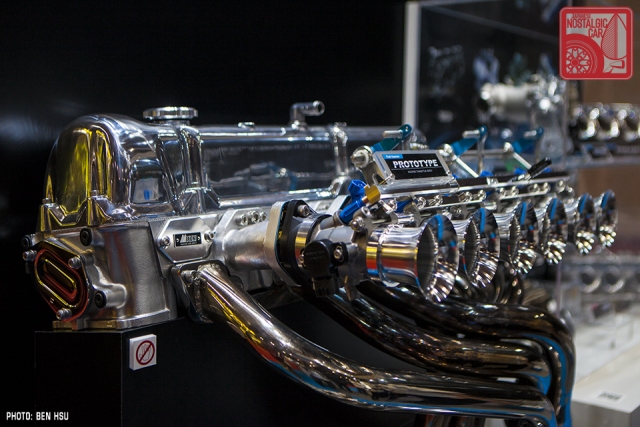 One of the interesting things about the Tokyo Motor Show that you don’t see in other major shows in LA or New York is that many major suppliers have booths too. The Mikuni Corporation is still alive and well, and makes a variety of parts for OEMs, like intake manifolds, variable valve timing systems, and many of the pumps electronic pumps and valves that are found on new cars today. However, the thing at their booth that caught our eye was the L-series setup with a small placard that said “prototype” on it. 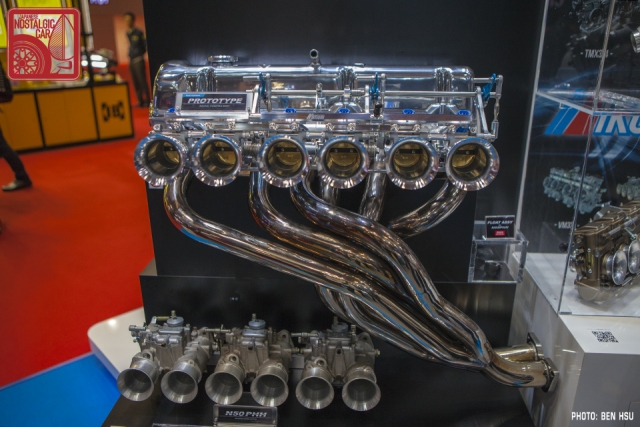 Though our Japanese was limited, what we gather is that currently it is only a prototype independent injection throttle body for old Mikuni-Solex setups, and they will make it if there is enough interest. Mikuni says it would be for a motorsports application and general straight-six configurations. It’s not specifically for the L-series, but clearly they know how popular it would be with old Fairlady Z and Skyline owners. 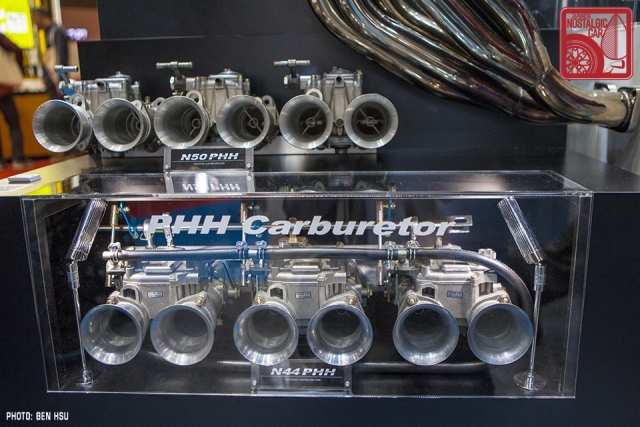 When we inquired about whether the N44 and N50 PHH carbs on display, the representative chuckled and shook his head as if to say, “Not in your wildest dreams.” The same reaction was given when we asked about the intake manifolds and headers. We think he said something about them being for display only. Oh well, you can’t blame us for trying. 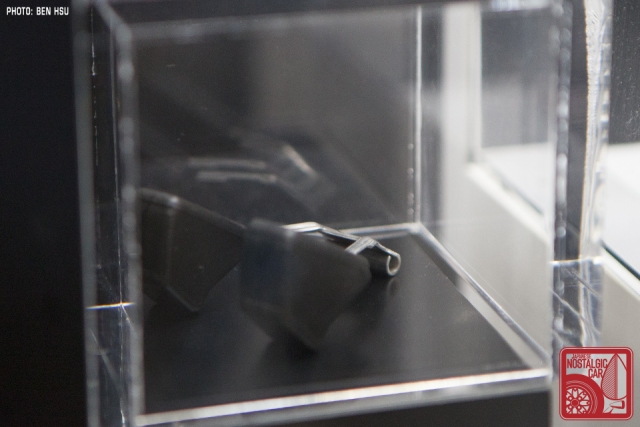 You can, however, still get reproduction float assemblies for N50 carbs. 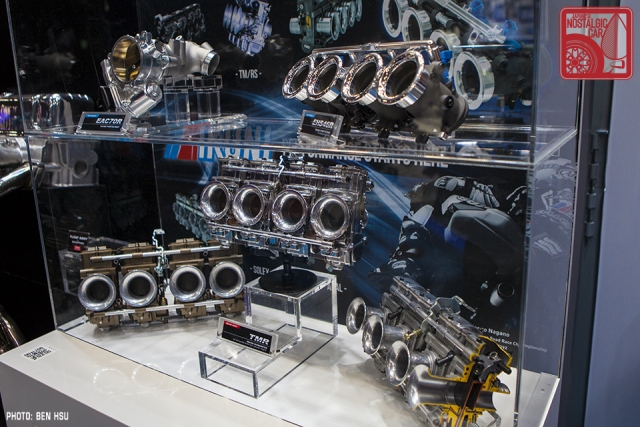 Mikuni still makes carbs, but for motorcycle and marine applications only. They had a few sets of sexy side-drafts on display, and a similar throttle body setups for both carb and fuel injection. 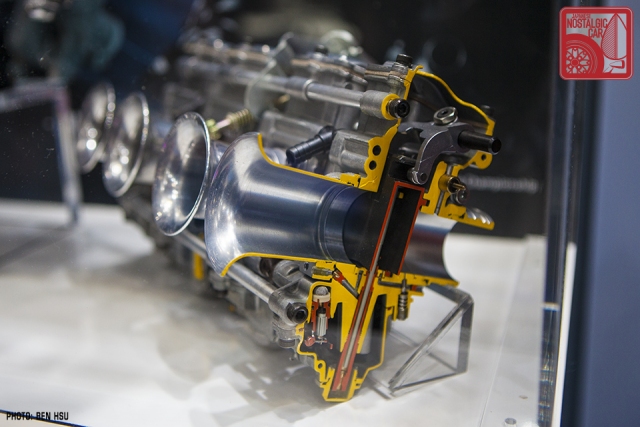 There was even a cool cutaway showing the carb’s innards. 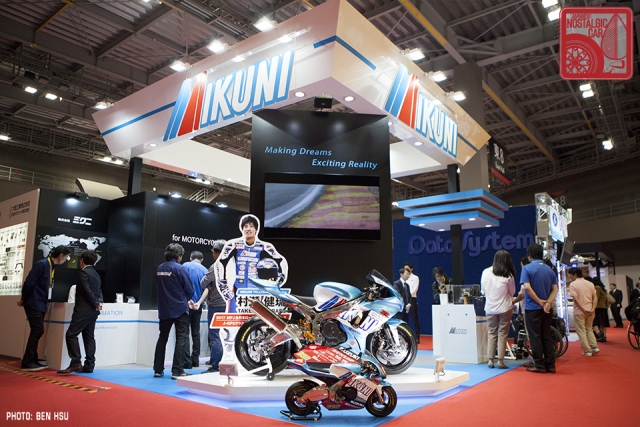 Mikuni’s motto for the show is “Making Dreams Exciting Reality.” For what its worth, we still enjoy the old Mikuni logo and colors. The only vehicles on display were Takeru Murase’s Suzuki GSX-R and a matching pocket bike in pretty company livery.

The Mikuni representative we spoke with seemed surprised when we said L-series setups would be popular in the US. Would you buy the L-series throttle body (or any other product) if they made it? Tell us in the comments what would make your dreams an exciting reality.