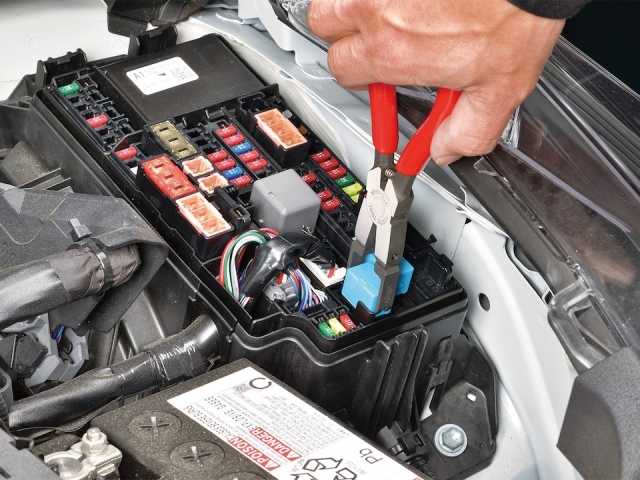 Japanese tool company KTC has developed a new gadget to help ease the act of pulling out a relay. If you’ve worked on any car with a cramped fuse box, you know that what should be an easy task is often made incredibly difficult by a fitment tighter than OJ Simpson’s glove. Even if you follow the service manual’s prescribed removal method, it still almost always results in some kind of damage. Hopefully these relay pliers can change that. 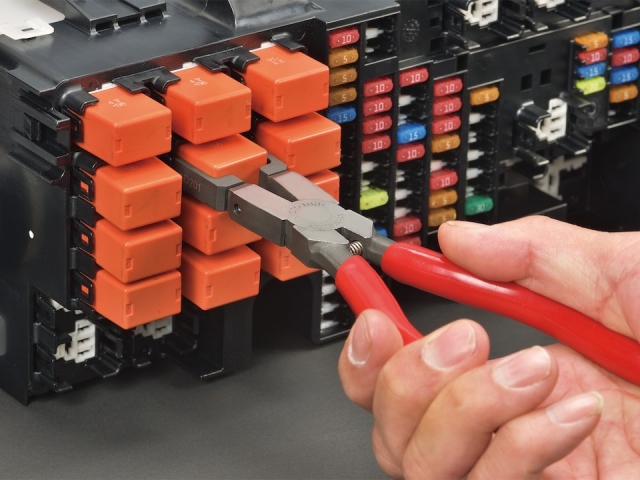 The problem is that many cars have relays that are attached with tabs on either side. The service manual will likely tell you to use a flathead screwdriver and regular pliers to pull them out. But often with older cars whose relays have been calcifying for decades, you need to grab that sucker like you’re yanking teeth. And that usually results in a broken tab or a relay cover that’s either cracked or looks like it’s been gnawed on by a rabid coyote. 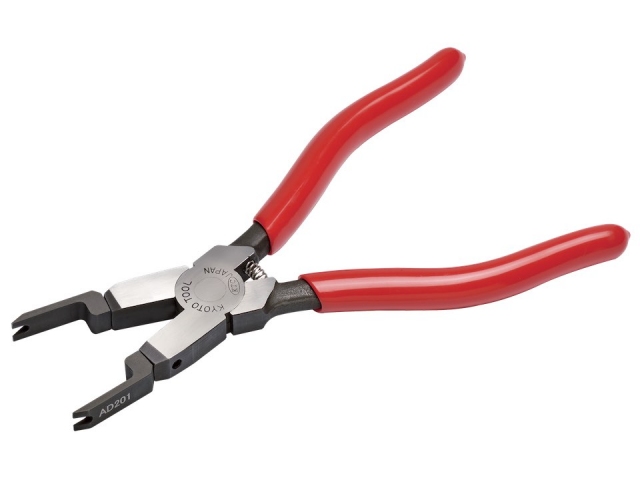 Released earlier this year, the KTC AD201 pliers have claws shaped in 90-degree angles. They’re designed to hug the sides of a smooth plastic relay and provide plenty of surface area for grip. The ends are changeable in case they break, and perhaps so claws of different sizes can be swapped in the future. They even have tapered ends to push out those pesky tabs, so you can extract the relay in one swift motion.

There are only two downsides to this tool that we can fathom. First, they’re only available in Japan, and second, they cost ¥9800 ($93 USD). But, if you’re like us and OCD enough to want a fresh looking fuse box that no one will ever see, these relay pliers may be worth the price.

permalink.
This post is filed under: Product Guide and
tagged: KTC, tools.