UPDATE: That 1960 Prince Skyline is on its way to Japan for restoration 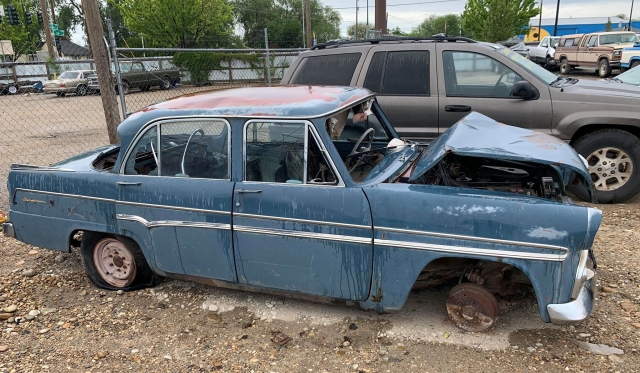 Just a quick update about the rare 1960 LHD Prince Skyline that was found in an Idaho junkyard. In an Facebook update yesterday by Alexis Campos, who discovered the car originally. It reads “I have received numerous amount of messages, phone calls, emails about the Prince! Didn’t think this would blow up like it did. Today, the Prince is officially sold! It will be on its way to Japan ?.” [UPDATE: According to the yard, the car has been paid for and they are looking for wheels to slap on so it can be shipped to Japan immediately.] To everyone who helped get the word out about this rare car, great work helping saving this car. Hopefully we’ll see it at a car show in Japan in a few years!

permalink.
This post is filed under: Uncategorized and
tagged: ALSI, nissan, prince, skyline.

18 Responses to UPDATE: That 1960 Prince Skyline is on its way to Japan for restoration