After 30 years, Subaru bids farewell to the EJ20 engine 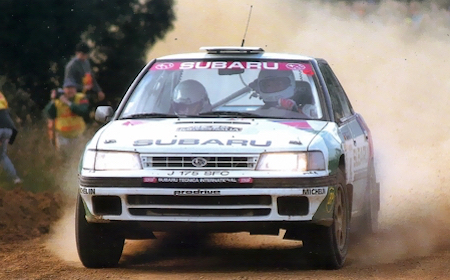 Since the dawn of the modern Subaru era, the venerable EJ20 engine has been a hallmark of the marque. In its various guises the boxer four has powered everything from rally machines to family station wagons. Now, after 30 years on the market — a tremendous lifespan for any motor — the EJ20 is ending production.

While we in the US we are more accustomed to the 2.5-liter EJ25 motors in our high-po Subies, in many ways the 2.0-liter turbocharged EJ20 was Subaru. An inseparable part of the brand’s identity, it was Fuji Heavy’s leading sports engine, having competed in races ranging from the WRC, where it powered the WRX STi cars to three manufacturer’s and as many driver’s championships, to the 24 Hours of Nürburgring.

The final EJ20 motor will roll off the assembly lines in December 2019 as Subaru makes way for the next-generation WRX STI. The new performance flagships are largely expected to have the FA-series motors under the hood (with the 2.4-liter FA24 to power US-market WRX STIs and BRZs), meaning the EJ25 will end production as well. To commemorate, Subaru is releasing a limited run of EJ20 Final Edition WRX STI Imprezas for the Japanese market.

No details have been revealed yet, but the car is expected to be unveiled on October 23 at the Tokyo Motor Show. How many Subaru plans to make, and how different they will be from standard WRX STIs will be revealed then. Interested parties will be able to apply for a chance to buy one of these final cars in a lottery system.

6 Responses to After 30 years, Subaru bids farewell to the EJ20 engine