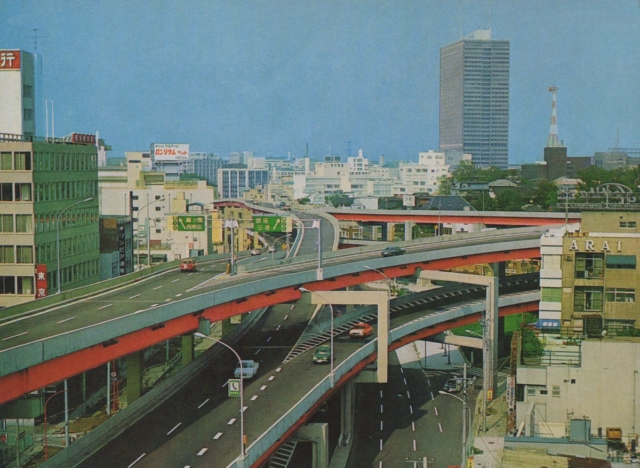 The Shuto is the beltway system that circles downtown Tokyo, home to many a traffic jam during the day, and fleets of street racers at night. Construction began in 1962, and in this postcard from 1969 or 1970, you can see it when it was still shiny and new. Unlike today, there’s barely any cars on it. On the lower level there’s a white first-generation Toyota HiLux, what appears to be a green 411 Bluebird cab, and maybe an orange Crown taxi behind it. On the upper level, what might be a red Corolla wagon heads off into the distance. Rising up in the background are Tokyo Tower and the Kasumigaseki building, Tokyo’s first skyscraper and which just celebrated its 50th anniversary last year.