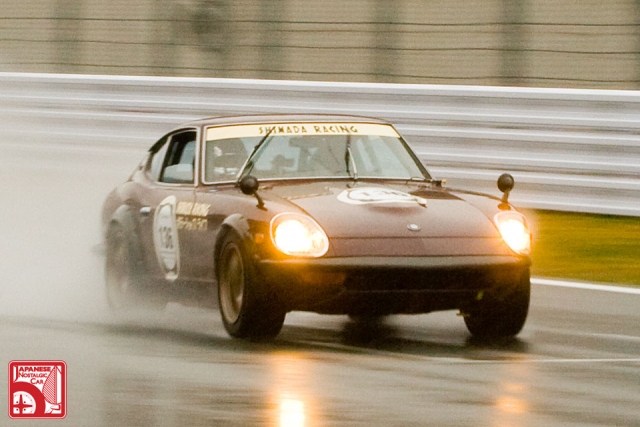 Today is National Wiper Day in Japan, a date to remind drivers to replace their wiper blades in the name of safety. A date with the same month and day numeral was chosen because wipers are replaced in pairs, and June was chosen because it marks the start of the rainy season in Japan. In fact, some of Japan’s most famous races have been held in and decided by the rain, and every time we’ve been to Fuji Speedway it’s been soaked in rain (not that it ever held the drivers back).

The best comment by next Monday will receive a prize. Scroll down to see the winner of last week’s QotW, “What should the plot of the Gran Turismo TV show be?“.

We should start off by saying that we would watch any of the TV shows proposed by these readers. We only hope the real Gran Turismo TV show is as good as any of these pitches.

Lakdasa‘s proposal of a bridge between Initial D and MF Ghost was good, but his Bunta Fujiwara prequel is even better. That’s something we desperately hope gets made someday. Lupus‘ idea of a zero-to-hero anime starring a mix of Bryan O’Connor and Akio Asakura building his way up to an 800-horsepower Mitsubishi GTO is also extremely compelling (and the 3000GT could use a Supra-like bump in the collector car scene). We can’t tell if Ian Gopez‘s parody(?) of the Everyday Driver YouTube channel was serious or not, but we would watch it just for the automotive ASMR.

TomW nearly won the week with his opening scene of an R32 pinballing off the guardrails at over 100 mph. That was a deep cut describing the real life fate of Kazunori Yamauchi’s beloved Skyline GT-R, the car that put him on the path to creating Gran Turismo in the first place. However, the answer that made us laugh the most was RamenEater3000‘s description of the agonizing slog of gold medal completion in the racing licenses.

I imagine it’s about a young guy just grinding through the licenses. One license per episode, and we just watch him driving them hopelessly over and over again, swearing and beating on the car. He stops and pulls his phone out from time to time to watch tutorial videos on youtube when he can’t make the target time. When he finally has all golds, the screen fades to black and he wakes up. It was all a dream, he’s still waiting for PS5’s to be in stock.