QotW: What should the plot of the Gran Turismo TV show be?

The world’s best drivers are gathered at the track, prepping their machines for the bout. It’s an eclectic mix of cars: Toyota GT-One, NISMO Skyline GT-R LM GT1, TVR Cerbera LM, Vector M12 GT2, Renault Espace F1, and so on. The TEAM OWNER approaches the DRIVER in a panic.

TEAM OWNER: How can you be so calm!? Unless we place first, our season is done!
DRIVER: Don’t worry, I got this.
TEAM OWNER: Look, I took a chance on you. A week ago you were hopping hills in Seattle in a 1982 Toyota Starlet. What makes you think you can—
DRIVER: Three words.

The DRIVER swings open the door to an enclosed trailer. Gasps echo throughout the paddock. Sunlight falls on a bright red spoiler the size of picnic table.

Last week it was revealed that Sony is developing a Gran Turismo TV show. This has the potential to be all sorts of bad. Or maybe really great. Whatever your take is, tell us what you think we’ll see in the serialized adaptation of “the real driving simulator”.

What should the plot of the Gran Turismo TV show be?

The best comment by next Monday will receive a prize. Scroll down to see the winner of last week’s QotW, “What is the ultimate Japanese car?“. 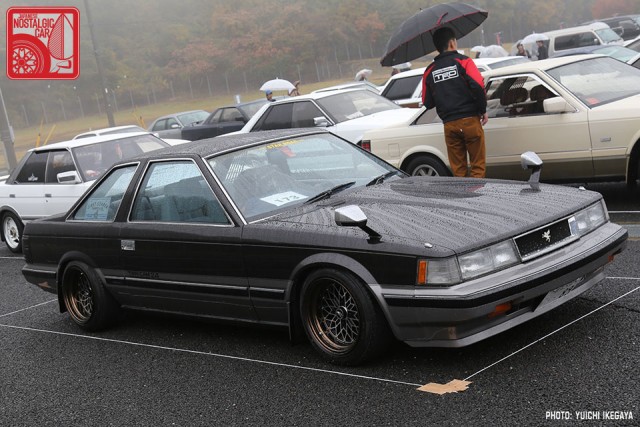 When one thinks of “ultimate” the criteria that comes to mind is typically performance. By that metric, various incarnations of Godzilla took the cake. The R35 Nissan GT-R as suggested by EJ was a strong contender. Lupus made an equally powerful case for its predecessor, the R32 Skyline GT-R, while Lakdasa offered the wagon variant, Autech’s Stagea 260RS. Meanwhile, Taylor C nominated the R34 for street cars, the Mazda 787B for race cars. At the other end of the performance spectrum but just as pivotal was Nigel‘s choice of Honda Civic Si.

“Ultimate” could also be defined as tops in terms of luxury. In that vein, Ryan A‘s pick of Lexus LS400 made a lot of sense. So did Azfer‘s selection of Toyota Century.

Surprisingly, many of you chose mundane cars that defined “ultimate” in unique ways. In terms of market dominance, it was hard to argue with speedie‘s everyman Toyota Corolla. In terms of mobility, Jeremy A‘s Honda City and Motocompo combo offered the ideal choice. In terms of Japanese-ness, Styles proffered the U13 Bluebird. In terms of innovation, Lukas nominated the M10 Prairie, aka Nissan Stanza Wagon.

Sadly, there could be only one winner, and the ultimate answer this week goes to Art, who made a compelling case for the Toyota Soarer:

The ultimate Japanese car has to be the Toyota Soarer!

Toyota already manufactured a full size two door coupé version of the Crown and a mid-size coupé version of the Mark II/Chaser. Toyota planned to replace both with the new Soarer and the new car had to be better than the cars it replaced. This meant that the Soarer became the pinnacle of Japanese engineering!

The new Soarer boasted with all sorts of cool technologies, like the automatic airconditioning regulated by a microprocessor, TEMS adjustable suspension or a (adjustable) digital speed warning. It also became the first Japanese car to feature a digital dashboard (the Isuzu followed only months later) with a mix of vacuum fluorescent displays, LCDs and LEDs. It also got upgraded in 1985 with the addition of a CRT which could display vehicle information, maintenance information and you could also watch TV (or video) on the display when stationary. Kind of what we are used to nowadays in our Teslas and other EVs.

Naturally the Soarer featured Toyota’s best (smoothest) inline sixes: the 5M-GEU and 6M-GEU. There were lesser engines, but I wouldn’t call a 1G-GEU or M-TEU a bad engine to begin with.

We all know the third generation Soarer as the Lexus SC300 and SC400. This was Toyota selling for the first time the Soarer abroad and it was, again, the finest from Japan: a super smooth 2JZ, a twin charged 1JZ and the incredibly smooth UZ1 that could also be found in the LS400. Factory options included, amoung others, GPS and the Electro Multi Vision system now featured a touchscreen.

If we then simply ignore the Lexus SC430, we can conclude that the Soarer was Japan’s ultimate car. Nissan tried to match the Soarer with the second generation Leopard (which is an equally awesome car) and Honda with the two door Legend, but neither were as refined or groundbreaking as Toyota’s Soarer.

6 Responses to QotW: What should the plot of the Gran Turismo TV show be?