QotW: What’s the most under-appreciated JNC? 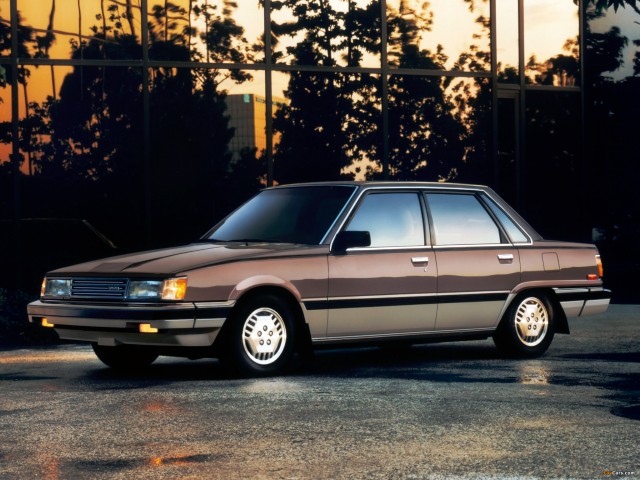 One could argue that all JNCs are under-appreciated, but even among the outcasts there’s a hierarchy. Not all of us can drive 2000GTs and Hakosukas, or even 510s.

What’s the most under-appreciated JNC?

Allow us to proffer the 1984 Toyota Camry. Sure, it was the bland brown box that launched an army of spaced out drivers that would rather be doing anything else, including performing a self root canal. It was the patient zero that spawned generations of mindless zombies shuffling from A-to-B. It was Beige Genesis.

But it was also the first car for a nation of pre-Facebook teens hopped up on hormones. It provided countless souls with depressingly thin wallets their first taste of worry-free mobility and freedom. And it was indestructable, an amazing feat of engineering durability that forced everyone else to stop foisting shitboxes on an unsuspecting populace. Not to mention it filled ToMoCo’s coffers with the money to spend on Lexuses, Supras and MR2s.

What say you, dear reader? As always, the most entertaining comment by next Monday will receive a prize. Scroll down to see the winner of last week’s QotW, “What’s your biggest JNC regret?” 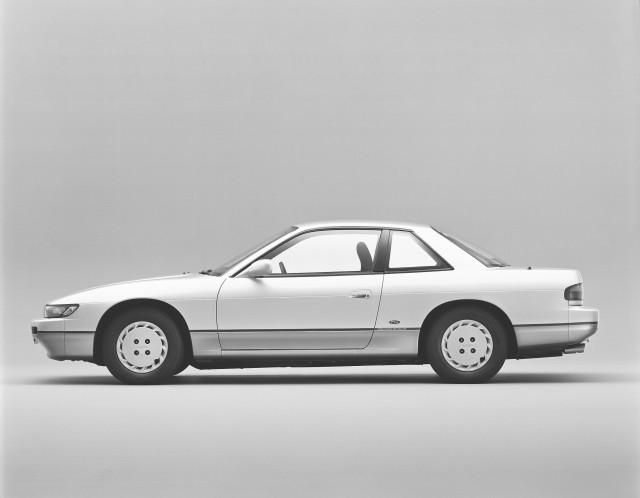 What we learned this week is that JNCer have a lot of regrets! From Steve‘s trio of missed opportunities to Mike McCarthy‘s Mazda heartache, Greylopht‘s yarn of Corona wagon woe to Andrij‘s tear-jerker TE27 tale, you guys had some sad stories to wade through. However, Tom Westmacott‘s narrative of a time spent in Japan with a non-turbo S13 was the most evocative and really made us feel his pain:

In 2003, I was lucky enough to get paid to live in Japan and teach English. Soon I found myself stepping into a real-life Gran Turismo, starting out in my very own “career mode” with a modest pile of yen, searching through used-car dealerships for the best car I could afford.

One dark and rainy night my eye was caught by the high wing of a Sunny GTi-R. This turned out to be beyond my price range, but alongside sat a lower and less noticeable car wearing a more manageable price tag. The trusting dealer was happy for me to take his 1991 Nissan Silvia Q’s out unaccompanied, and I was immediately entranced by the low seating position, the sound of the aftermarket intake on an open throttle, and the weighty, responsive feel of the controls. Most of all, the way it surged forwards instantly on a wave of torque was a new and bewitching sensation for someone who back home had only been insured to drive tiny-engined hatchbacks.

I was sold on the car instantly, however Japanese paperwork cannot be hurried, and it was several weeks before a transporter rolled up outside my school. The garage had cleaned and waxed my Silvia, and this twelve-year-old car arrived looking a million dollars, black bodywork gleaming low over Longchamps alloys. The low stance looked great but I already knew the coilovers were shot, and I ended up with a set of low-mileage standard suspension expertly aligned and set up by a small local garage, whose other customers included a classic white Kenmeri Skyline with the obligatory wide arches.

These guys clearly knew their way down a touge, and set the car up such that the steering weighted up in direct proportion to the lateral load of the front tyres, which gave me absolute confidence that I could push the car to ten-tenths and feel exactly when the grip started to ebb. So much so that after meeting up with the local hashiriya and taking a run together, they were poking around under the bonnet for a turbo that wasn’t there, the Q’s model packing the naturally aspirated SR20DE. The speed was all in the corners, with soft Bridgestone tyres keeping the Silvia on line and letting it run with the local R32s and 33s, at least downhill.

Over the next eight months I had an absolute blast in the Silvia, sometimes running it up against the 180 km/h limiter, at other times edging cautiously through feet of powder snow that would be the envy of any skier, snow tyres keeping me just about going. Though it wasn’t so fast in a straight line, the intake howl was epic and it was quick enough for blasting past other traffic, and more importantly it handled in a very straightforward, natural, and fluent way.

Most of all, in a land where I would struggle to introduce myself, the Silvia with its Momo wheel, Razo shift knob and Longchamps alloys spoke eloquently on my behalf, explaining to my new Japanese car-enthusiast friends everything I needed to say about myself.

In July 2004 my time in Japan was nearing an end. I could have, should have, would have shipped my faithful Silvia back to the UK with me, instead of leaving it shaken-less at a dealership and walking away with a pitiful 5,000 yen (£25). At the time I always regretted not having the turbo K’s model, and I thought that I would simply return home, get a good job, and buy another faster and better car.

The reality was back to gutless econoboxes for three years, when I could have been driving my sexy, howling Silvia instead. Worse, even when I did buy another turbo S13 I never managed to recapture the joy I felt driving the original; the turbo was too much torque, too soon for the limited traction, the hissing noises underbonnet never came close to the crisp howl of the humble 140hp original, and I spent much time and money chasing the handling feel that my original car had, without success. It just wasn’t the same.

The moral of the story? Once cars grow up, they are no longer identical peas in a pod; their life experience, previous owners and mechanics combine together to give each nostalgic car an individual character and set of strengths and weaknesses, perceptibly different even from another example which rolled off the self-same production line. And therefore if you are lucky enough to come across a really good example of a car, one that you love, then for goodness sake cherish it – and don’t let it go.

13 Responses to QotW: What’s the most under-appreciated JNC?