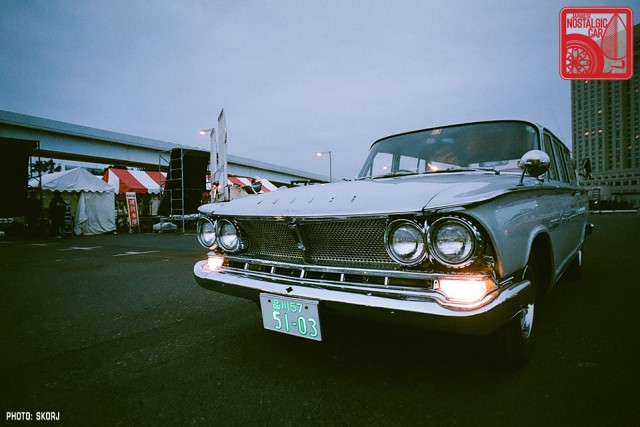 Just in time for All Hallows’ Eve, we come to you with a question of the most sinister looking JNC. Some people think old wagons are just creepy because they look like hearses. An S40 Gloria wagon in particular looks like something that might be driven by the Addams family. A modded JZA80 Supra would strike fear into any rear view mirror it appeared in, but the smoothed out shape of car it self doesn’t look all that scary. Then again, you probably wouldn’t want to approach a Toyota Century with tinted windows if you saw one in a dark alley. There are several ways to skin this cat.

What’s the most sinister looking JNC?

The most entertaining comment by next Monday will receive a prize. Scroll down to see the winner of last week’s QotW, “Can you help a fellow JNC reader find a ride-on car for their daughter?”

Turns out there are a surprising number of Japanese car-themed ride-on toys still being produced. TheJWT pointed out that a company produces ride-on version of Liberty Walk’s Lamborghini and Ferrari. Daniel brought our attention to a Toyota Hilux version that’s available in Argentina (and the US). While on the topic of Toyota, Michael K. found Land Cruiser and Tundra options, as well as Lexus LX and LC alternatives if your kid prefers the finer things in life. According to クロネコ Japan offers an Alphard new, but if you want to get spendy you can go for a vintage Eunos Roadster for a pretty steep asking price, shipping not included. Fred Langille came up with a great solution, which is to modify a Subaru 360. Personally, I got my son, a future world rally champion, this Subaru Impreza.

Speaking of Subaru, the winner this week is the appropriately named 555jay, who gave us probably the worst option for actual car but the best answer:

Japanese, but not JDM : Subaru made BRAT-skinned gas-powered go karts back in the late 70’s. Perfect if you want to raise your kid the way we were raised: with a bit too much carbon monoxide.

11 Responses to QotW: What’s the most sinister looking JNC?