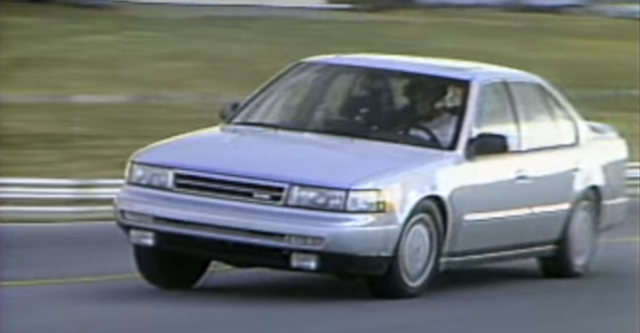 Despite the rising prices of Japanese classics, there are still plenty of cars that can be bought on the cheap. A quick browse of Los Angeles’s local Craigslist reveals Maximas and Accords, and even some upscale cars like Lexus LS400s and Infiniti J30s. Sure, they might have more outstanding tickets and fees than the car is worth, but that’s why you ask questions before you buy. Or, you can go nuts and get a project, something like a somewhat rare Mazda 626 GT or even a 510 shell. The point is, you can still get into a cool JNC project without having to shell out Supra money.

The most entertaining comment by next Monday will receive a prize. Scroll down to see the winner of last week’s QotW, “Drive, Sell or Garage? Toyota AE86, Nissan S13, or Mazda NA Miata.” 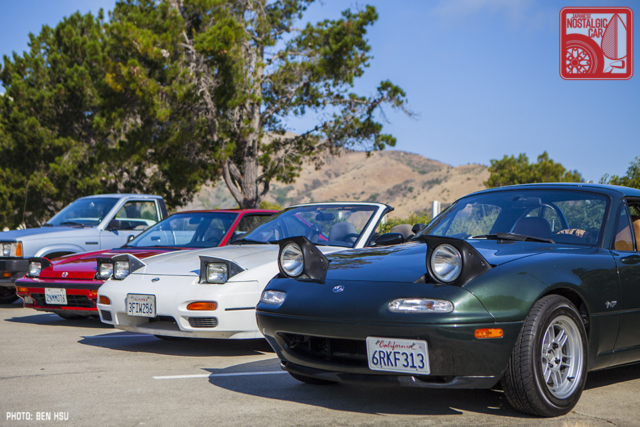 This seemed to be a tough question for most. Personally, I have two AE86s, but sold my S13 when I had to move cross country, but I have never owned a Miata and that’s a glaring hole in my ownership history I hope to rectify someday. However, there was one reader who has actually owned all three cars, and that winner is Yuri.

I have lived this QOTW, and here’s what I did. I sold the Miata. After owning 3 of them ((including a ’94 Laguna Blue) ), and finally getting a really cool version (’97 Miata M-edition with matching hardtop) I’ve found that the NA Miata is a truly fantastic car. They are ridiculously fun to drive, and cheap and reliable to keep going. I even had one as my only car for a few months. However, even in a rare and special variant (although a run of 3500 cars isn’t all that limited for a special edition), the Miata just didn’t have the “it factor” that the AE86 and S13 have. Maybe it’s reading too many Drift Tengoku magazines or seeing NA’s all over SoCal, but the Miata has a feeling of “If I ever need another one, I can just buy one.”
So I sold it.

Most of what I liked about the Miata I could find in the AE86, plus a fixed roof, usable back seat (I once rode in the back of one comfortably from LA to San Francisco) and decent-sized trunk. The AE86 is also a car that people outside of the JNC scene know and respect. I’ve driven my 86 into areas populated by high-end cars, and only gotten nods of approval and thumbs up in return. It’s the only car I’ve owned that has gotten a thumbs up from both a 918 Spyder and a Ferrari 430, and I had a guy with a McLaren 720S come up to me and tell me that his kids thought my car was cooler than his. For all of its appreciating value, driving the 86 brings joy to others and myself the most, and it would be criminal to lock it up in a garage, away from others it could bring a brief moment of joy to by a chance spotting on the freeway.

My S13 is garaged. It has been since 2008, back when I was an active and sponsored drifter. It survived many drift events, and achieved some podium finishes with myself behind the wheel, up until the point the recession hit, and I decided to give up drifting and go back to school for a second degree. At the time, the Honda kids were discovering S-chassis, and they were being stolen left and right. Mine is a factory green over grey two-tone XE coupe, with working HUD, and uncracked dash. It is also a product of its time, when mint S-chassis were a good place to start a build, rather than something to be preserved, so it has an automatic to manual swap, SR20DET, widebody fenders, an S14 kouki face conversion (one of the first in the world.) 5-lug, coilovers, and a dark grey leather interior using S14 front seats with an S13 LE rear seat, all while retaining it’s original color scheme. (I started the Two-Tone Preservation Society back in the day to keep people from painting original two-tones a different color when they modded them.) To keep my car safe from theft, and since I wasn’t using it for drifting, I sent it off to live with my parents out of state. It’s been there ever since, with a few of my other JNCs, as I just don’t have room for them in SoCal, living in an apartment, and California isn’t a friendly place for a modified car nowadays. Plus it’s nice knowing that a car that meant so much to my own personal history is ready and waiting for the day I build a garage for it and revive it from it’s slumber.