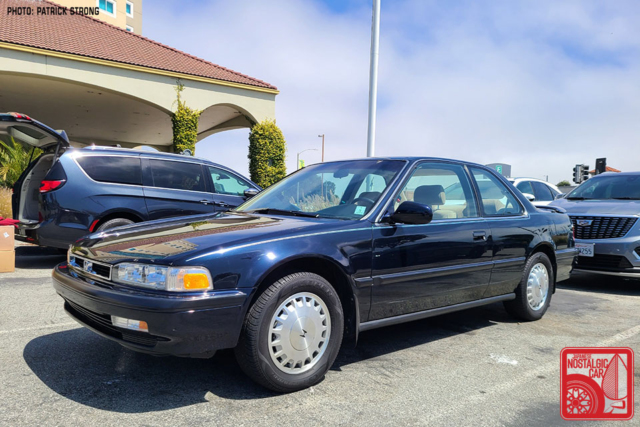 I’ve been in Monterey since 10:30 Sunday morning preparing for Car Week festivities. So far this 1991 Honda Accord Coupe has been the coolest thing I’ve seen, and it’s unlikely to be surpassed. It’s got a 5-speed manual, Pebble Beach residential parking pass, and 30,771 miles on the odometer [Patrick sent this photo to me with the words, “Get ready to nut.” -Ed.]. What feels like not that long ago these Accords were everywhere, a feeling backed up by the fact that these were America’s best-selling car from 1990-91. Back then we rarely gave them a second glance; now we positively drool over a fine example.

The best comment by next Monday will receive a prize. Scroll down to see the winner of last week’s QotW, “What is the most ‘Japanese’ car?” 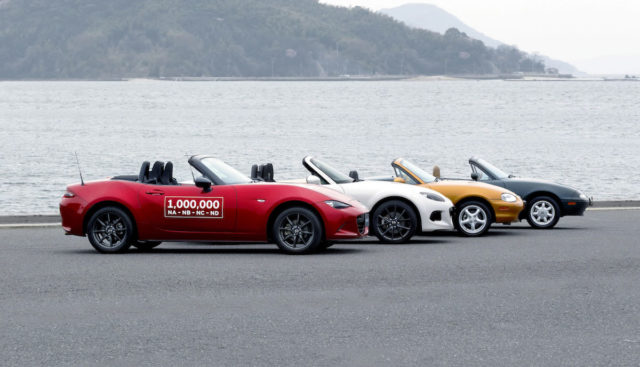 An interesting aspect of last week’s answers was that the cars named each reflected an admirable facet of Japanese culture that explains, in part, why there have been so many good cars coming from that country.

For example, Lee chose the Toyota Corolla and Honda Civic, cars that manage to get the job done with very little fuss and high marks for dependability and affordability (and the occasional hair-igniting performance model thrown in). Taylor C. suggested kei cars for their excellent packaging and minimalist nature. Dimitry Mochkin nominated the Toyota Century for its unparalleled attention to detail.

The winner this week was Cobalt Fire, who picked the Mazda Miata, and how it represents the Japanese philosophy of continuous improvement:

I thought about a few different cars; the Century, Kei cars as a class, etc. but I think one car really stands out in how ubiquitous it is and how much it embodies the Japanese mindset of continually striving to be absolutely excellent at something through constant refinement:

A car built for the love of driving, embodying a philosophy of uniting the driver and vehicle (jinba ittai), and being continuously refined for three decades now. Perhaps no specific part of the car is the best in the world, instead it’s the overall integration and refinement that makes these cars so unique.

Ask anyone and they know what a Miata is, even people who aren’t “car” people. As an ambassador for Japan I can’t think of a better vehicle.