QotW: How are high fuel prices affecting your driving?

Fuel prices are at an all-time high, and that takes a toll on those who love cars. Fortunately for many JNCers, old Japanese cars get insanely good mileage. If you have a Datsun B210 or Honda CRX you can still enjoy your cars without too much pain at the pump. Not all of us are so lucky. We pretty much parked our Land Cruisers, rotaries, and Lexuses on the day the invasion of Ukraine began, and have been relegated to driving CX-5s and Camrys for daily duty.

How are high fuel prices affecting your driving?

The best comment by next Monday will receive a prize. Scroll down to see the winner of last week’s QotW, “What’s the worst car buying experience you’ve ever had?“. 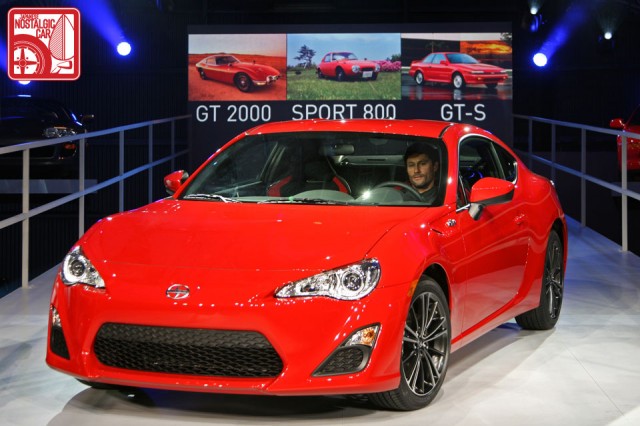 Over the years we’ve heard countless stories about people buying their first Japanese cars because other dealerships were just terrible. This even happened to die-hard Big Three loyalists because during the 70s and 80s many still refused to see Japanese cars as legitimate threats. They were blessings in disguise, because in the end the buyers ended up with what we would argue are better cars.

This dynamic played out in several of our Answers of the Week. Mike P. narrowly escaped ownership of a 1987 Chevy Cavalier for a 1980 Toyota Celica instead. Scotty G. traded in a problem-prone Mini Cooper for a Subaru and never looked back. ra21benj ended up discovering the joys of the AE86 because a belligerent private party 240SX owner denied him.

Not all dealerships are bad, though, and this week’s winner proves it. After a string of bad dealer experiences, Ryan A. ended up with an insanely good one:

When the FR-S and BRZ were released, the buying experience was not great. I pretty quickly eliminated the BRZ because most Subaru dealers had significant dealer markup, whereas Scion dealers had their no haggle pricing.

Several dealerships wouldn’t adjust allocation or swap for what I was looking for (white and manual). There were a few who insisted that I needed to buy the upgraded navigation, wheel locks, etc. because they claimed that is how they were shipped from the factory. The dealership I ended up buying from informed me that was the opposite of the truth; the cars where shipped without radios so that dealerships could equip as specified by the customer!

There was one dealer in particular who didn’t seem to want my business. The salesman asked me to bring my parents when he found out I was 24 years old – even after they did a soft pull on my credit.

The dealership that I was buying from was honest and direct. The salesman was new – it was the first car he sold. There were a few errors on the paperwork, so the salesman had to dive about 50 miles three times, to correct mistakes! It all worked out in the end.

9 Responses to QotW: How are high fuel prices affecting your driving?