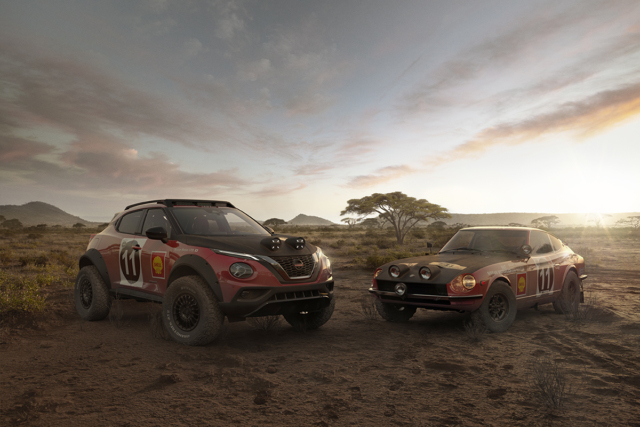 The Safari Rally kicks off today in Nairobi, Kenya, marking the 50th anniversary of when Nissan won the tortuous desert race overall in a Datsun 240Z. To commemorate the occasion, Nissan Europe has created a tribute to the iconic black-on-red race car out of a new Nissan Juke. 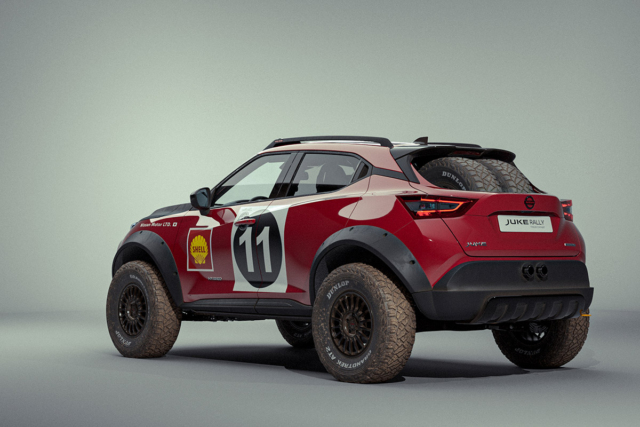 We don’t get the new Juke in the US, but if curbside tallies during pre-pandemic travels were any indication, the Juke is one of the more popular Nissan models in some European countries. Nissan Europe says the Juke “is a natural starting point” for a Safari Rally car tribute. That seems to forget that there is a current and upcoming Z, but it’s just a harsh reminder to European readers that the Z35 will not be sold there.

Given those parameters, the Juke actually does a pretty good job of replicating the livery of the 240Z. The flat black hood and red flanks don’t seem forced onto the Juke’s shape, and the auxiliary lighting nacelles do a good job referencing the original’s. The Juke’s cheek-mounted lights even kind of remind us of the 240Z’s sugar scoop sealed-beams. It also wears oversized Dunlops like the 240Z, though the thin-spoked black alloys they’re wrapping don’t really match the original’s wheels.

Remember when Nissan, without mentioning a word about the Z’s future, debuted a crossover concept inspired by the Safari Rally 240Z? Thankfully, we already know there’s a new Z coming, or internet pitchforks might be taken up after the fiasco of the GripZ concept. 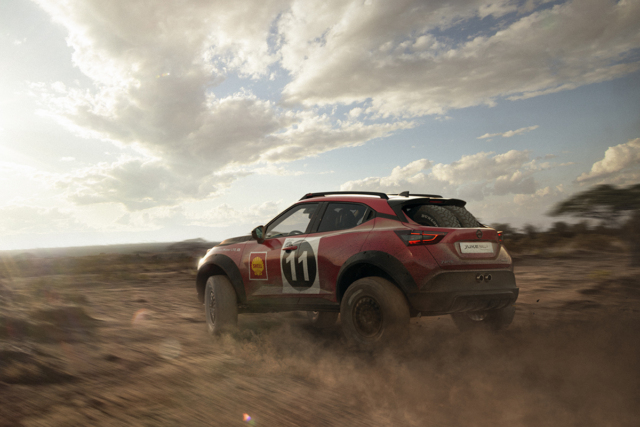 This year also marks the return of the Safari Rally to the WRC calendar. It’s no longer the same long-distance race of thousands of kilometers passing through multiple countries that the 240Z won. Instead, it will be run like a traditional WRC event, with special stages comprising 320km. It’s the first time the Safari Rally has been part of the WRC schedule since 2002. Sadly, Nissan doesn’t have an official entry this year, but if you want to relive the excitement of seeing a black and red Datsun competing in the heyday of the rally, check out 5000km to Glory.