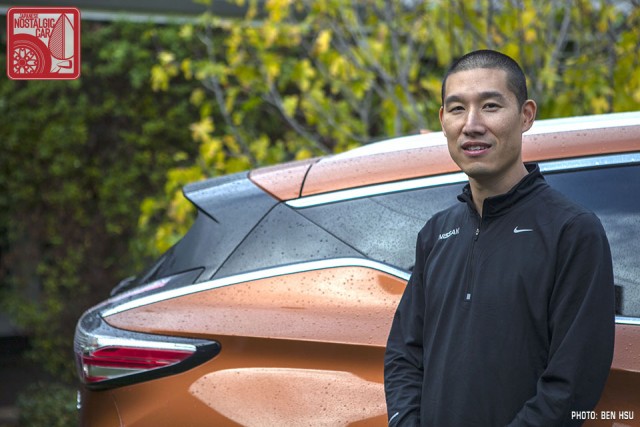 It’s not often that you find yourself hurtling down narrow two-lane roads with the guy that designed the very car you’re sitting in. We recently had the rare opportunity to take a ride with Ken Lee, a senior creative manager at Nissan Design America. The car of choice was the 2015 Nissan Murano, a project he birthed, from idea to 2D drawing, clay to sheetmetal, at the company’s La Jolla, California studio. The futuristic-looking crossover is a far cry from 25-year-and-older J-tin, but during our chat Lee revealed a surprise: he grew up with and loves Japanese nostalgic cars. 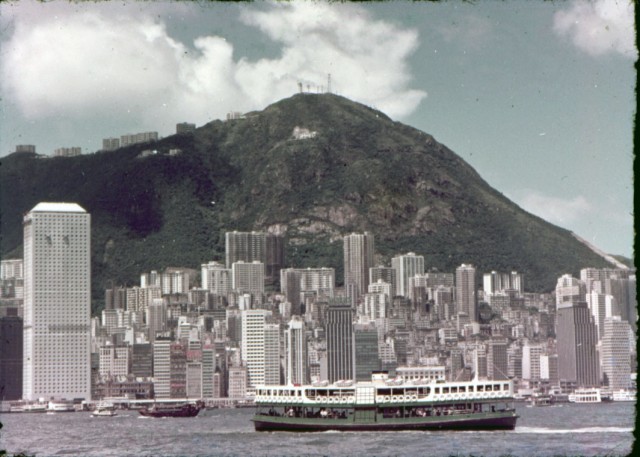 Lee was born in the US but until age 9 grew up in Hong Kong, an environment once immersed in what are now considered Japanese classics. Back then, however, they were simply the background cars that filled the city’s crowded streets. Due to its proximity to Japan and its crowded alleys and steep hills, a landscape very similar to Tokyo’s, Hong Kong became a lucrative export market for Nihon steel.

“Cars from 1970s Japan have a mystique about them,” Lee explained. “The condensed packaging, the understatedness. The styling wasn’t screaming at you, but you could tell it was something special.”

Then Lee confirmed what we believe is the main reason the JNC community is so strong: “Everybody loves the Lamborghini Countach. It’s too easy. But with Japanese cars, you have to be in the know, and that creates a special bond with people.” 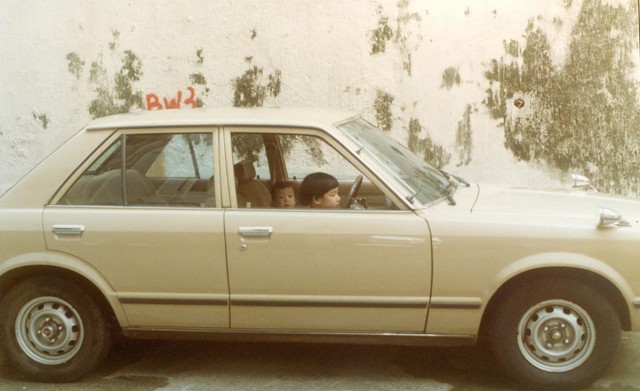 In Hong Kong, Lee’s father drove a tan 1979 Toyota Carina, which started life with fender mirrors like its Japanese counterpart. In particular, Lee remembers fondly two chrome nubs on its fenders, vestiges from when regulations in Hong Kong changed and his dad converted to door mirrors. 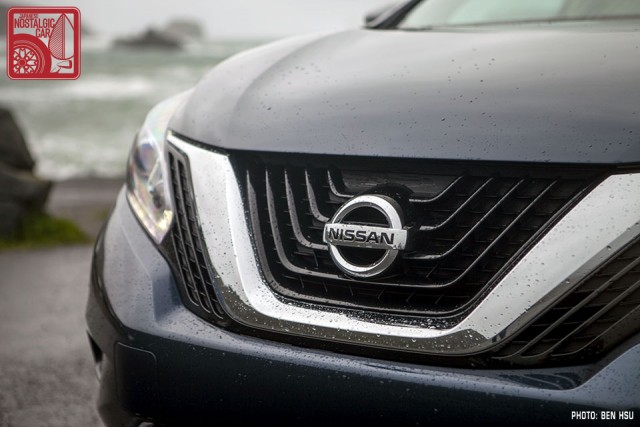 So was Lee motivated by any classic J-tin when working on the Murano? No, he says. Instead, he was inspired by the luxury of 1960s jetliners. We don’t necessarily see it, because the jet influence isn’t as literal as a 1963 Thunderbird or 1967 Cosmo Sport’s — two of Lee’s favorite classic cars, incidentally — but in an abstract way, it is indeed a car for jetsetters. The interior, especially when swathed in Nissan’s trademark white, invites you to strap in like a space pod sold at an Apple store, coddling occupants in a comfort not felt since the womb. This was especially reassuring on our ride with Lee, because outside the warm confines of the Murano one of California’s biggest rainstorms of the year was brewing. 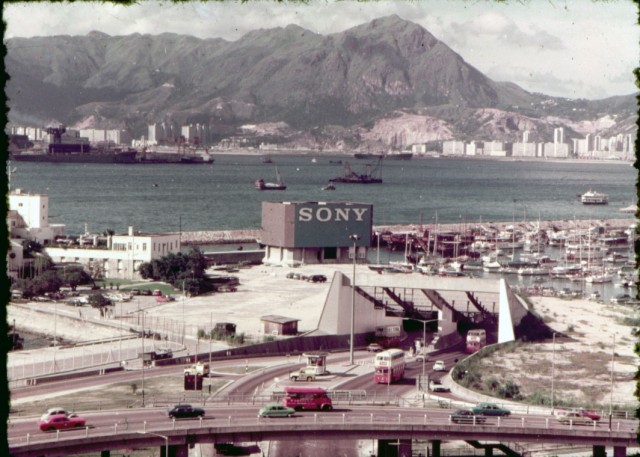 We pushed forward in the cryogenic shuttle. “In Hong Kong, you ride in cars more than drive,” our guide pointed out, referencing the fact the dense city makes car ownership expensive and impractical. In daily life many Hong Kongers rely purely on public transportation and taxis, which are surprisingly affordable. It’s estimated that Hong Kong cabs take 1.1 million passengers each day, making New York’s 600,000, a market Nissan is taking over, seem downright paltry. 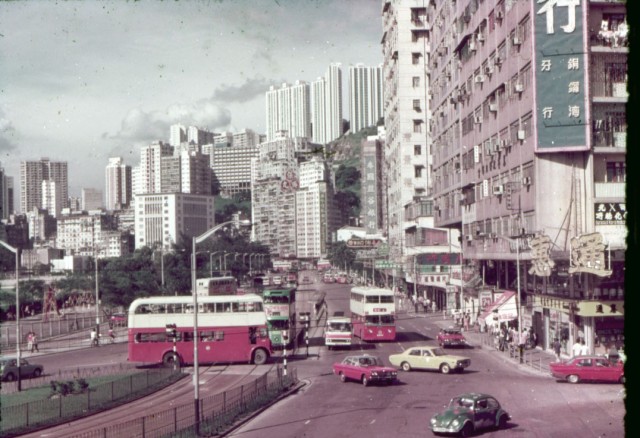 Early on, because it was a British colony, Austins, Hillmans and other Euros like Mercedes-Benzes were used. In the late 1960s, Japanese cars began donning the distinctive red-with-silver-roof livery (or green with white roof for the New Territories), including unexpected models like Prince Skylines, Glorias and Isuzu Bellels. Eventually, the Nissan Cedric and Toyota Crown surfaced as the two most popular models, a tradition that continues to this day.

As a result, “People aspired to sedans,” says Lee. “Taxi and luxury saloons were the same models, but the interiors were completely different. Japan even out-gadgeted the Germans, with amenities like a fridge in the back. It was high-tech luxury.” 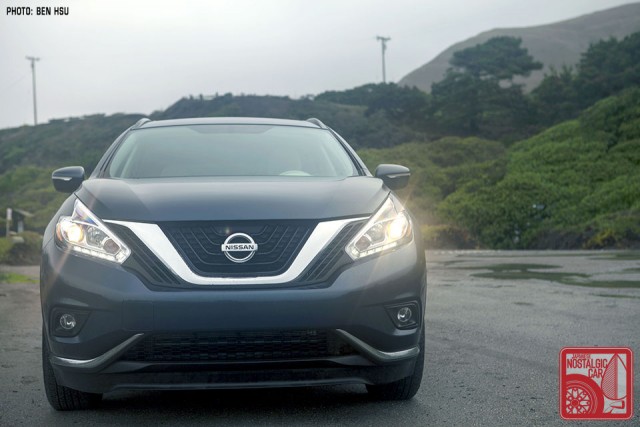 Who would’ve guessed that decades later, the theme of high-tech luxury would be epitomized in vehicles that would’ve been called trucks if they had existed back then. In fact, the very car we were sitting in occupies roughly the same upscale cruising niche a Cedric would have in 1978. Nissan even calls the Murano a mobile lounge, and while it doesn’t have a fridge option, there’s a nifty rear USB port so you can control the audio from the rear, while chillaxing (or conducting less savory activities) in what Nissan calls “zero gravity” seats. In other words, it prioritizes riding over driving. But what did you expect, it’s a 4,000lb parlor on wheels with a CVT. It’s not going to win the D1GP, but after the smoke clears it’s the car the umbrella girls will actually want to ride home in. 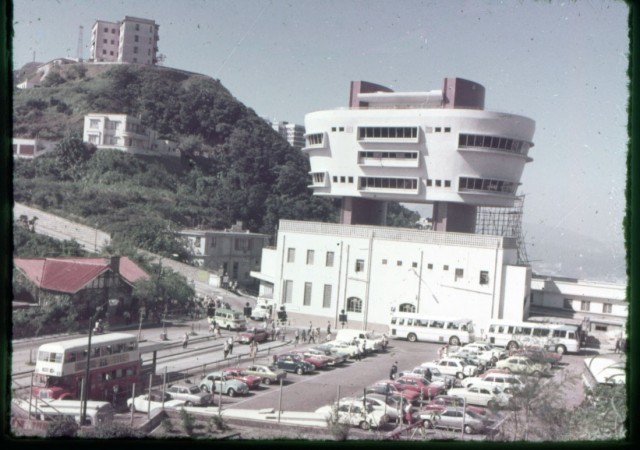 In the 1980s, more Japanese models flooded Hong Kong’s market. Nissan Bluebird 910 and B21 Sunny taxis were added to the mix, along with street cars we never got in the states, like the box-type Mitsubishi Lancer GSR. “Japanese cars of the 80s really showed the era,” Lee recalls. “There was strong brand identity, not national identity, and a timelessness about the honesty of the design.”

Eventually, Lee’s family moved to the United States. He desperately wanted his father to buy an American car, but they got a Volvo instead. Soon, Lee found that JDM cars became even more appealing because you couldn’t get them here, and it wasn’t the high-performance cars that everyone lusted after. “GT-Rs everyone knows about, but it’s the mundane cars that no one followed. The Coronas, Crowns, and Laurels that I saw as a kid.” 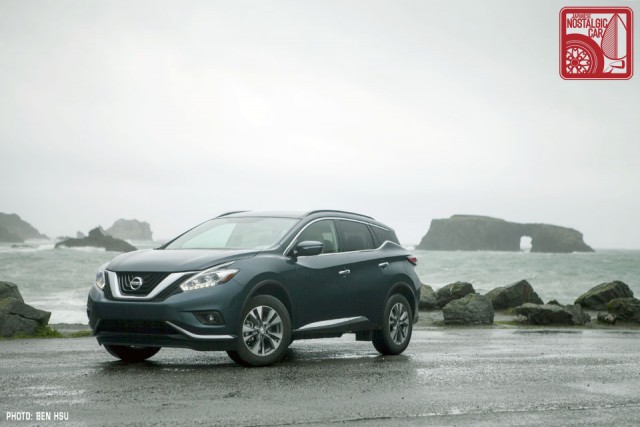 Lee went on to study at the prestigious Art Center of Design in Pasadena, California, during which time he interned at Mazda. After graduating he landed a job at Ford, where he worked for four years.

In 2003, Lee noticed that a lot of strong design was coming out of Nissan, stuff that was segment-defining, like the revival of the legendary Z-Car in the 350Z. It’s big brother Infiniti G35 Coupe was something Lee admired too: “It’s a car someone would want to buy regardless of price, but the fact that it just happens to be less expensive than, say, a BMW is a bonus.” Further up the line, the Infiniti FX “is what the Porsche Cayenne should’ve been,” says Lee, adding the prediction that “it will be a collector’s item someday.” 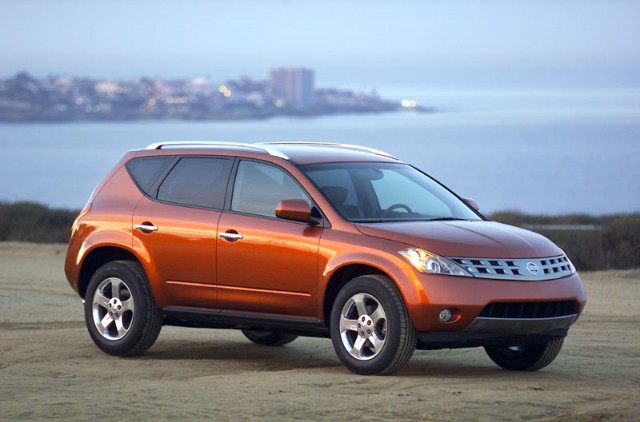 And of course, there was the first-gen Murano, a car that, no matter how you feel about crossovers, was at least bold in its styling. It is also a design that your dear author personally admires tremendously. Sure, it resembled the Jaws movie poster crossed with a jack-o-lantern, but compared to what was out there in 2003 — the Ford Escape, first-gen Toyota Highlander, and Pontiac Aztek, to name a few — it was work of art. It wasn’t just a collage of bumpers, headlights, and doors; everything fit together seamlessly. It had been designed cohesively, and without all the quasi-rugged pretense in an attempt to be a truck.

“It was stuff no one else would do,” Lee recalled. He immediately picked up the phone and asked if they were hiring at Nissan. They were.

Though the original Murano isn’t nearly old enough to be a classic yet, Lee wanted the 2015 model to be a spiritual successor to the 2003 model. Nissan’s requirements demanded a car priced like a Toyota Venza (under $30k), but with the styling and luxe feel to make it cross-shoppable against a Lexus RX.

The result is a striking form that stands out in a sea of blandness. It’s more sculpture than car, and even manages to be distinctive while maintaining Nissan’s new design language first seen on the IDx and SSC concepts. 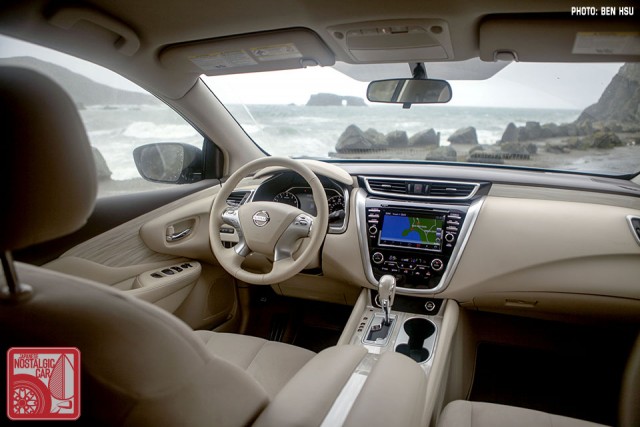 At this point, the heavens opened and the rain really began to come down. One of the roads we were supposed to take was washed out in a flood, forcing a detour. Safe and sound in our cocoon, we turned to Lee. “So, uh, what exactly makes these seats zero-gravity, anyway?” Apparently, they were designed using the findings from a NASA study that showed how the human body naturally rests in total weightlessness, he explained. The seats are shaped to contour that form. Marketing mumbo jumbo, perhaps, but they sure provided a cozy vantage point from which to view the apocalyptic monsoon beyond the windshield. And as we discovered later, it’s not the only collab Nissan has going with NASA.

The extra time gave us the chance to ask Lee what his favorite JNCs were. In no particular order, he began rattling off cars like the Nissan Cedrics and Glorias of his youth. The 2000GT is another obvious choice, as is the aforementioned Cosmo Sport. From the 80s, he admires the A60 Supra: “It was a raw and bold design. The edgy lines, pop-up headlights and black bumpers very much represented the 80s, and you could drive it all the time.”

Moving onto the 90s, Lee greatly admires cars like the FD, Infiniti Q45 and J30, and the Z32 Nissan 300ZX. “It’s a timeless design,” he says, and points out that “the arch window graphic preceded Audi and VW, and came to define the 90s.”

So what car does Ken Lee own? Well, part of his job is to get seat time in as many Nissan products as he can. He ordered a new Murano, in white, but he does have one indulgence and it’s perhaps a bit unexpected: a 1972 Citroen DS, the Goddess of 1967. 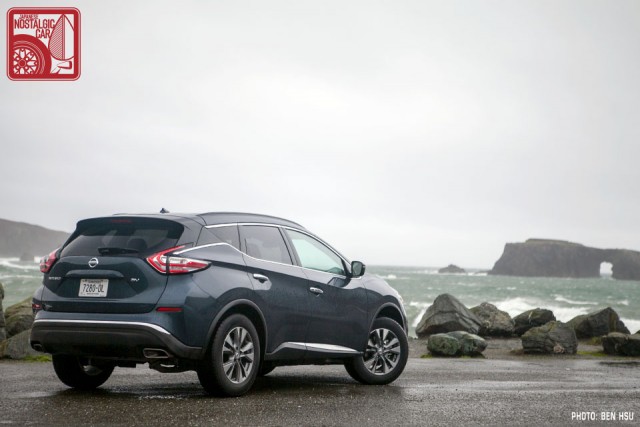 And with that we arrived at our destination. Before we parted ways, though, Lee did impart a few more words of wisdom about Japanese classics. “They’ve always been under the radar, almost like they’re from an alternative car world. They’re quirky, not mainstream classics, and that’s why compared to European cars, they have that extra X-factor.” It’s a unique view that escapes most designers, who have grown up under and been trained to pedestal the Euros, but Lee is part of a new generation that gives us assurance the future is in good hands.

Some images courtesy of Nissan; Carina photo courtesy of Ken Lee. Skorj is a photographer, resident of Japan and co-founder of Filmwasters.com. Special thanks to Ken Lee for this interview.

13 Responses to DESIGN: An interview with Nissan designer Ken Lee