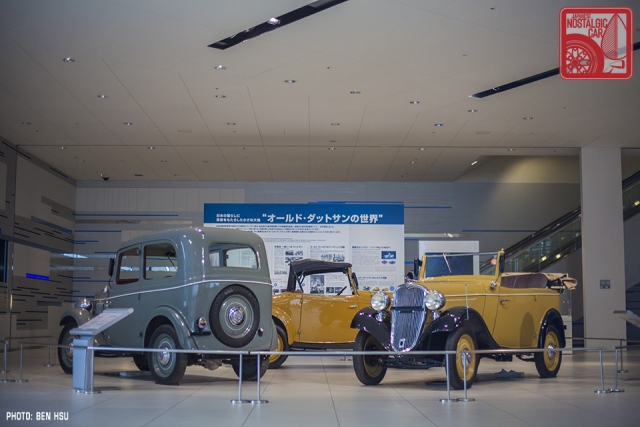 Nissan was founded on June 1, 1934. Most of its earliest cars have been lost to time, but at least three examples of the 1935 Datsun Type 14 have survived. That’s likely because it was the first mass-produced car from Japan. 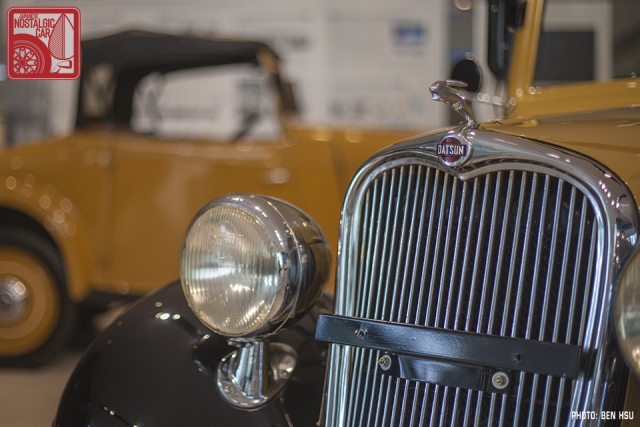 Many automakers have laid claim to the first mass-produced car in Japan. Mitsubishi claims that its 1917 Model A was first, but only 22 were made so mass-produced is a stretch. Nissan, however, made 20,000 Datsun 14 cars per year from its then-new factory in Yokohama.

Each wore a leaping hare hood ornament designed by artist Ryuichi Tomiya, who also helped style the body and illustrated many of the Nissan’s earliest printed materials. Though the “Dat” in Datsun was created by taking the first initials of its founders (Kenjirō Den, Rokurō Aoyama, and Meitarō Takeuchi), its Japanese pronunciation, datto, was a homonym for the word that describes the dashing motion of a hare. That became the inspiration for the hood ornament, and today they are incredibly rare. When they do come up for sale, they routinely trade at over $1,200.

Though displayed at the Nissan Gallery at the company’s Yokohama headquarters building, this 1935 Type 14 Phaeton is actually privately owned. The owner was described only as a Shikoku area man who spent four years restoring the car and completed the project in 2005. Details of note include the dashboard signed by Yutaka Katayama and the fact that the rear-view mirror, attached to the convertible top, flips over when the top is retracted. 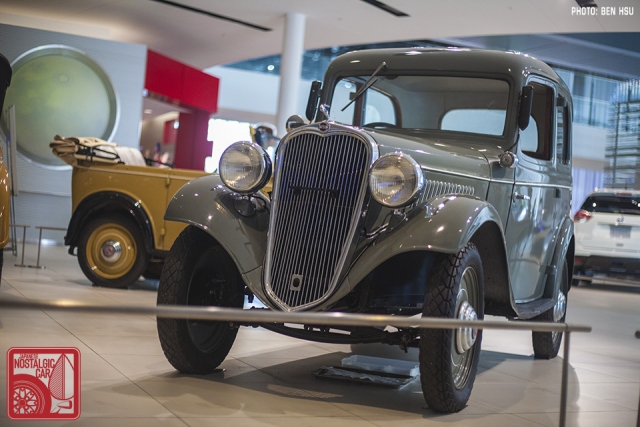 This 1935 Type 14 Sedan was also privately restored, possibly by the same person. Again, Nissan described him only as a Shikoku area man, but how many 1930s Datsun restorers could there be over there? These cars had wooden frames, and the one on this car was described as “seriously decayed.” The restoration took three years and was completed in 2016.

Despite its industrial gray exterior, the saddle brown interior actually complements it quite well. It’s not clear whether the rear light is original, but we’d wager that it’s not. 80-year-old electrics tend to be brittle. The turn signals are, on the other hand, are still functional because they’re semaphores, made by the Apollo company of Japan. 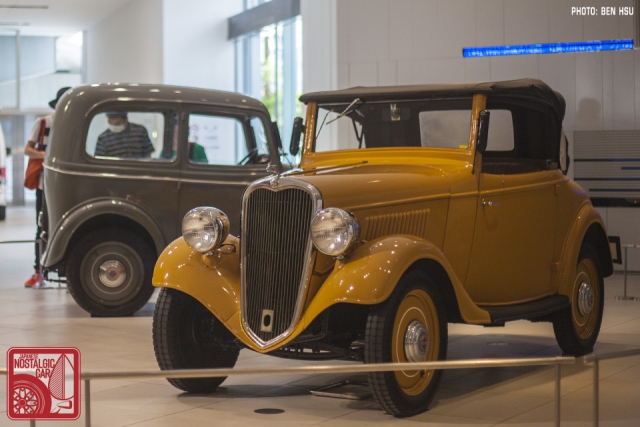 Rounding out the body styles was the Type 14 Roadster. It’s also a drop-top, but a two-seater (the Phaeton is an open-top four-seater). This is the only one of the three owned by Nissan and is part of the Zama Heritage Collection. 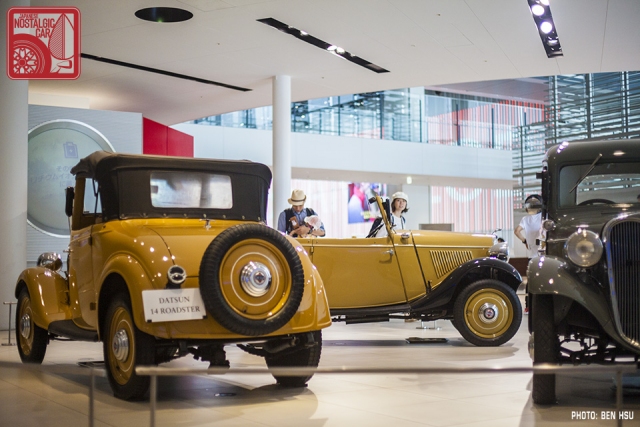 All three of the cars had the same running gear, a side-valve, 722cc inline-four generating 15 PS at 3600 rpm and fed through a 3-speed manual transmission. The front suspension was a horizontal leaf setup in front, rigid leaf springs in the rear. The top speed was an estimated 50 mph, which may seem like a far cry from a GT-R. Still, it was plenty considering it would be another 30 years before Japan finished its first expressway. We all have to start somewhere.

permalink.
This post is filed under: Galleries and
tagged: datsun, Datsun 14, nissan.