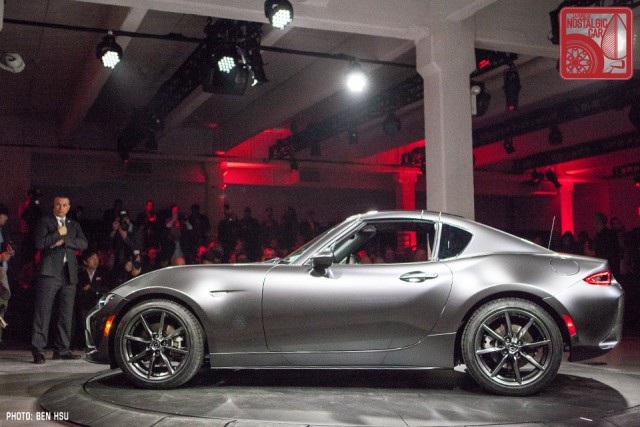 A document disclosing mid-generational changes to the Mazda MX-5 has leaked. The paper reveals a fairly significant bump to 181 horsepower and 151 lb-ft of torque, up from the current 155 horses and 148 lb-ft. Here’s the details on how they squeezed more juice from an already highly efficient engine. 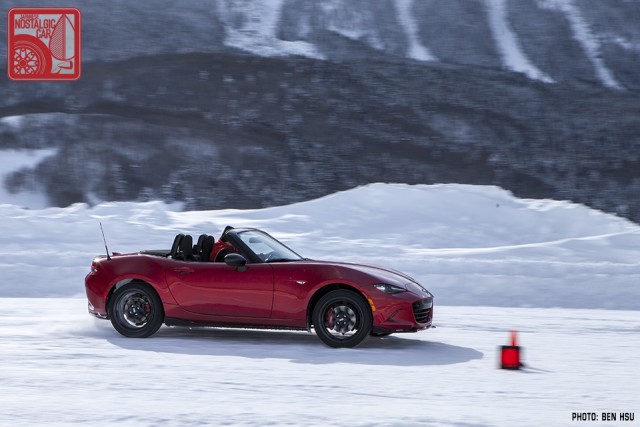 Mazda’s SkyActiv-G engines are at present pretty impressive, offering an unmatched power and torque to mpg ratio, thanks to extreme compression ratios, low-friction internals and a long 4-2-1 exhaust header. It seemed like they were engineered to the seams.

Amazingly, according to the document published by LeftLane News, Mazda has extracted an extra 26 horses from these already efficient engines by massaging every part. A larger air intake, throttle and intake valves, as well as a smoother manifold provide improved induction. New pistons that Mazda describes as “ultra light weight” have been reshaped to generate more of a “tumble effect” on the incoming air, and are complemented by lighter con rods and a rebalanced crankshaft.

Higher lift cams, lighter exhaust valves, redesigned exhaust ports, and a freer manifold and less restrictive main silencer help flow on the exit side. The document also claims “meticulous acoustic tuning of the exhaust system” for a more linear sound under acceleration and a “more satisfying and engaging exhaust note.” 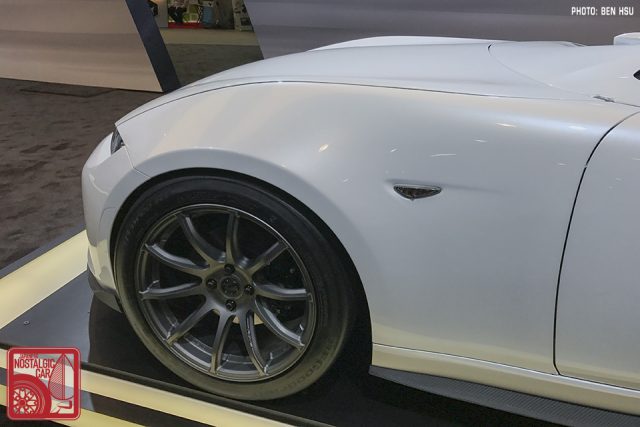 The document says the new motor revs at higher rpm, but it’s not clear how much higher than the 6,800 rpm redline the tach needle now climbs. To temper the increased NVH at those rotational speeds, a dual-mass flywheel dampens drivetrain turbulence while still ensuring quick throttle response. That’s a lot of improvements to an engine that’s still relatively new. It recalls the Bubble Era heyday of Japanese technology.

Beyond the performance gains, though, the MX-5 also offers new safety features, such as automatic forward braking, lane departure warnings, an available traffic sign recognition system and a wide angle backup camera. We know Miata drivers are engaged drivers and that most of these seem superfluous, but hey, they won’t hurt.

Lastly, cabin-wise, oddly proportioned drivers will benefit from a telescoping steering wheel now. Also, the premium sound system is now available on lower trims, and the CD player has been axed.

The document states that this is for the MX-5 RF, but it’s almost certain that soft-top Miatas will see the same changes. Obviously, we’re most excited about the power gains even though we believe it’s not the be-all end-all solution to driving joy. 181 horsepower is what Kev‘s old NA Miata was making with Tomei cams. For a car weighing 2,332 pounds, less than 200 heavier the first-gen, that’s positively stupendous. It’s not confirmed, but expect to see these changes hit showrooms sometime this summer.