VIDEO: The 1991 Toyota Land Cruiser was ahead of its time 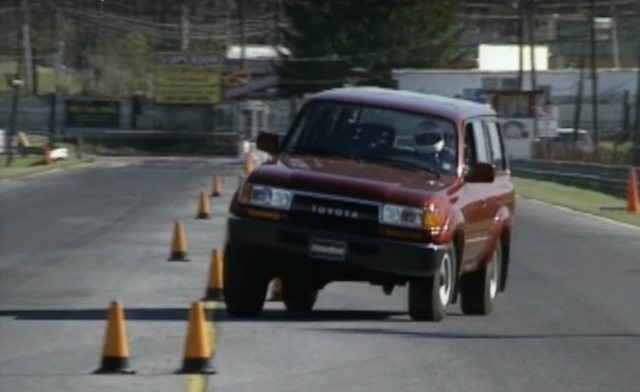 No one could’ve known when the J80 Land Cruiser was released just how insane the SUV market would become. And we’re not talking about the popularity of Toyota 4Runners and Ford Explorers that helped killed off sports cars like the Mazda RX-7 and Toyota Supra. We’re talking about today, when vintage 4x4s are shooting up in price and everyone and their mother is going off-grid to do the overlanding and vanlife thing.

The J80 Toyota Land Cruiser is just about the perfect vehicle for this world, and its skyrocketing prices in the used car market back that up. Motorweek lamented the fact that the spartan, utilitarian J60 had grown into the more luxurious J80 when the latter debuted in 1991, but in reality the J60 was far too truckish. It’s not really suitable for sustained highway driving at modern speeds (remember, the national speed limit was still 55 mph back then).

The J80 brought the Land Cruiser into the modern age with a coil spring suspension that rorde and handled infinitely better than its predecessor. Motorweek called the view from the driver’s seat Supra-like, even. However, it wasn’t so modern that it did away with off-roading must-haves like a solid front axle.

The J80 started life with a carry-over 3F-E inline-six from the FJ62. With 155 horsepower and 220 lb-ft of torque, it was less than sprightly when tasked with moving the 4,500-pound rig. It returned a pretty terrible 12 city, 14 highway mpg, but that’s the price you pay for something as rugged and over-built as a J80. Cruisers equipped with the 1993-97 1FZ engine did a lot to improve acceleration and driveability, but as mileage was still pretty dismal.

The base Land Cruiser started at $21,998 back in 1991, or $27,728 fully loaded. That’s about the current range of an FZJ80 equipped with the very desirable triple locking diff option. Given that they usually have six digits on the odometer reading, that’s a pretty good return on investment if you bought one new. If you didn’t drive it at all, you could really make off like a bandit. The classic SUV market still seems to be going strong so if you want a J80, now is the time.

2 Responses to VIDEO: The 1991 Toyota Land Cruiser was ahead of its time