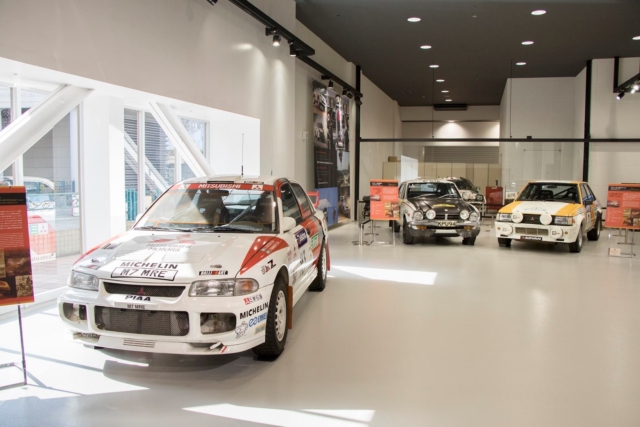 Though owned by Toyota, the Megaweb showcase in Odaiba, Tokyo and the adjacent History Garage offer much more than Aichi steel. Since last year, there has been a rotating exhibit of famous rally cars, often on loan from other automakers. Currently, it is Mitsubishi’s turn, and Tokyoites can see three of its legendary dirt throwers in person.

The earliest of the three is the 1976 Lancer 1600GSR. Long before the Evo, the first-gen Lancer debuted as a tough compact sedan in 1973. That same year, Mitsubishi sent it off to battle in international rallying, entering several examples in the 8th Southern Cross Rally in Australia. Amazingly, the Lancer swept first through fourth.

The Lancer 1600GSR’s most famous win, however, came in 1974 at the East African Safari Rally, a punishing race over 3,700 miles of untamed wilderness over five days. Somehow, Mitsubishi managed to take first place, besting Porsche, Lancia, Peugeot, and Nissan. 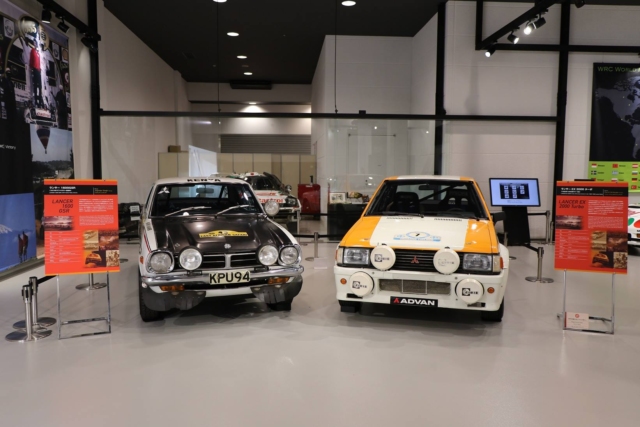 The Lancer continued to rack up wins for Mitsubishi until 1979, when the company temporarily suspended all motorsports activities in the wake of the second oil crisis that decade. It wasn’t until 1981 that Mitsubishi would restart its racing program, returning to WRC with the Lancer EX2000 Turbo.

Its 4G63 engine is said to have produced 280 horsepower, an amazing output for a 2.0-liter back then. The car on display was entered in the 1982 1000 Lakes Rally in Finland, where it finished third. Unfortunately, during Mitsubishi’s hiatus, Audi was hard at work developing the 4WD Quattro, and the RWD Lancer was bested by the new technology. Mitsubishi ceased WRC competition again and went to work developing its own AWD system. 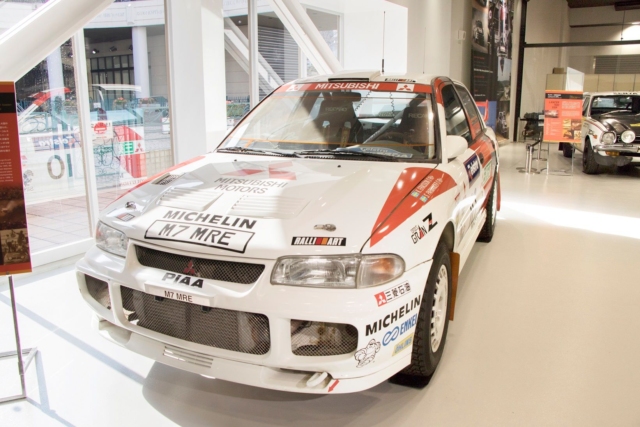 That work manifested itself in the Starion Group B car, but unfortunately Group B was canceled before the car could compete. Mitsubishi continued developing its AWD formula, though, and in 1987 launched the Group A Galant VR-4. The Galant battled bravely, but its greatest success was limited to two consecutive victories as the Cote d’Ivoire Rally in 1991 and 1992.

In 1993 Mitsubishi debuted the Lancer Evolution, which would set the foundation for all the company’s future rally machines. As we wrote in our 25 Year Club retrospective of the Lancer Evolution, “the Evo III’s racing debut came at the Safari Rally, where Shinozuka ran a hard fought race and came in a close second to Yoshio Fujimoto, the former Mitsubishi driver who had switched over to Toyota’s GT-Four Celica. Eriksson claimed victory in both Australia and on the Hong-Kong-to-Beijing Rally, while Mäkinen took the Rally of Thailand.” The last car displayed is the 1995 Lancer Evolution III, the greatest of the first-gen Evos.

The display of Mitsubishi rally machines is currently ongoing and will end May 20, 2018. If you are in Tokyo between now and then, the display is well worth a visit.