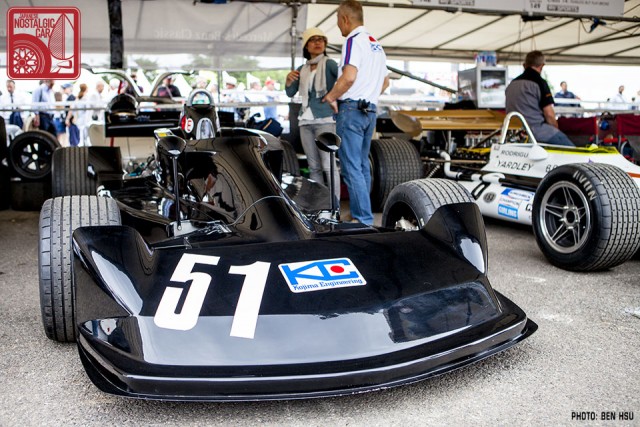 You never know what you’ll encounter at the Goodwood Festival of Speed. Meandering through the paddocks, we came across the 1976 Kojima Engineering KE007, a Japanese Formula One car that was poised to become a formidable challenger in F1 a decade before McLaren-Hondas began their domination. It was also funded, largely in part, by bananas. 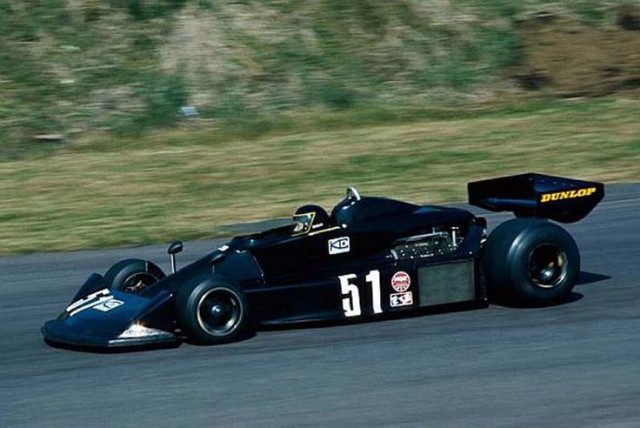 Before Matsuhisa Kojima, born 1944, made his fortunes as a plantain magnate, he was a famous motocross rider. Called “invincible” on his 250cc Suzuki, he was an official factory rider for Suzuki Europe in the Motocross World Championships. After retirement from riding and a detour through the tropical fruits business, Kojima decided to establish his own race car works in 1970.

Building on his relationship with Suzuki, his first chassis were powered by the company’s water-cooled three-cylinders and competed in the F360/F500 series. Soon Kojima Engineering began churning out all manners of single-seat, open-wheeled chassis for competition in a variety of domestic racing leagues, including FJ1300, F2000, F3 and F2. There was even a Mazda 10A rotary-powered car somewhere in the mix, and Kojima also sold engine hop-up kits for the Suzuki Fronte. 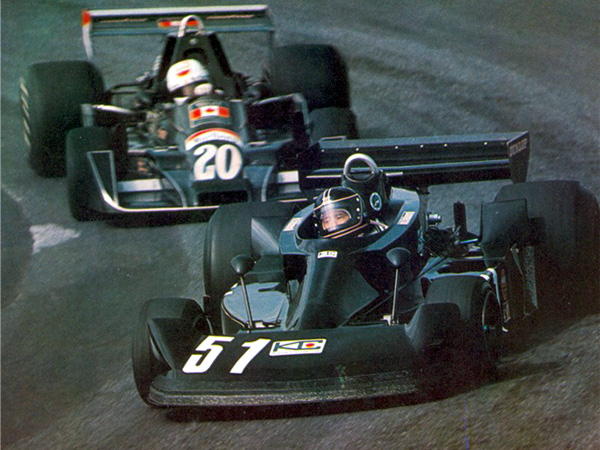 In 1976 Japan was added to the Formula One season for the first time. Though that year’s race at Fuji Speedway was primarily known as the final battleground for the epic James Hunt-Niki Lauda’s rivalry that became the subject of Rush, the occasion was a huge deal to Japan’s home-grown motorsports enterprises.

In those days, it wasn’t just the same 20 drivers in every F1 race; it was entirely possible for a small team to enter a Grand Prix as long as they had a car that met the (comparatively loose) minimum standards. With the Olympics of racing taking place in Kojima’s backyard, the team trotted out their first F1 car, the jet black, sponsor-less KE007.

Powered by the then-ubiquitous Cosworth DFV V8 and Hewland gearbox combo, the car would be driven by an old friend from Kojima’s motocross days, Masahiro Hasemi. Kojima had known Hasemi since 1960 when both were riding professionally, at the ages of 16 and 15 respectively.

Expectations for Kojima Engineering weren’t high, as it was still very much a grassroots effort compared to the major players of the day. Though Hasemi was one of the most famous racing drivers in Japan at the time, he wasn’t well-known among the F1 elite and the team was seen as a bunch of poorly funded local yokels not to be taken very seriously at all. 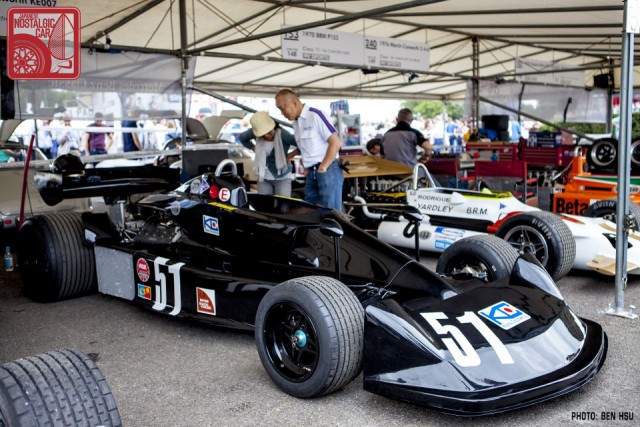 That’s why it came as such a surprise during the Friday qualifying sessions when Hasemi promptly laid down the fourth best time of the day. Hasemi was, in fact, a Fuji veteran whose familiarity with the track dated back to the Hakosuka GT-R touring cars and he would go on to pilot the legendary but insane Nissan Skyline Silhouette.

Hacking away precious milliseconds with each attempt, Hasemi was on track to pole position when a wreck took the KE007 out of contention, unable to complete the rest of the qualifying session. Everyone thought the team’s day was done, but by the time Sunday rolled around a brand new KE007 was sitting on the grid.

Somehow, Kojima Engineering had managed to fabricate an almost entirely new monocoque and chassis in a frantic two-day building spree. Moreover, the original design drawings sat in the company headquarters in Kyoto, so the team was forced to throw together the car based only on whatever they could glean from the wreck and go with pure memory for the rest. 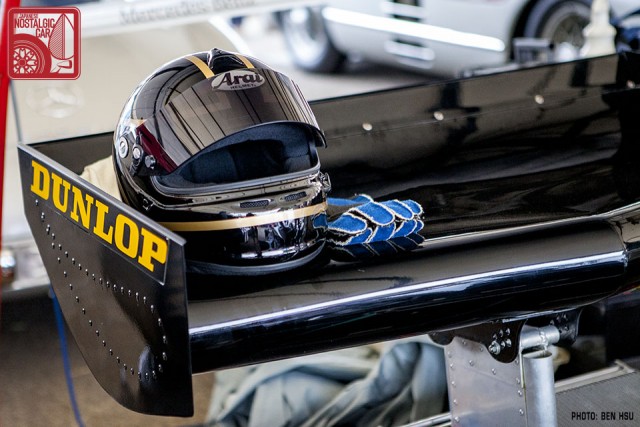 The 1976 Japanese Grand Prix is remembered for two things: Lauda forfeiting his championship to Hunt, and the drenching downpour that compelled him to conclude “My life is worth more than a title.” Mario Andretti won and Hunt took third, just enough to snatch the season from Lauda by a single point. Somewhere amidst the chaos, Hasemi flung the KE007 around Fuji faster than anyone, setting the best lap of the race.

As history shows, however, Hasemi finished a disappointing eleventh. Hindsight blames the fact that Hasemi had the wrong tires for much of the race, a result of Kojima’s deal with Dunlop that undersupplied the slicks they needed once the rain ended (what they did have was inferior to the Goodyears all the seasoned teams were running anyway). Another factor: that cobbled-together chassis was so twisted Hasemi could barely keep it pointed straight. 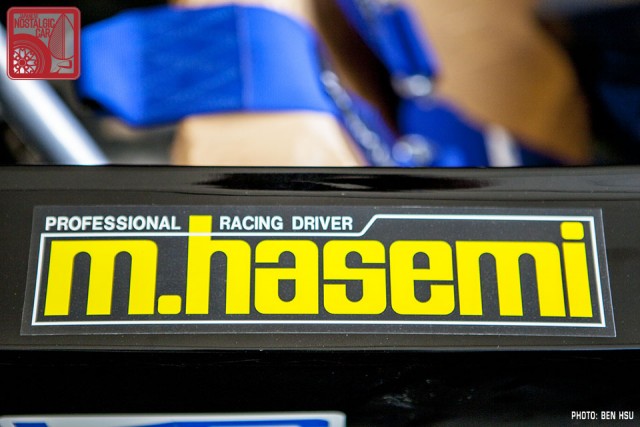 Unfortunately, Hasemi’s fastest lap record is not without an asterisk. It was later claimed that Hasemi had Gran Turismo‘ed his time by clipping a turn and the record was given to Jacques Laffite. However, this dispute was never accepted into the official Formula One record books so according to those, Hasemi is still the sole F1 competitor to have set a fastest lap in the one and only race he entered.

When the Japanese Grand Prix came around again in 1977, Kojima made another attempt. Hasemi had moved on to join the Speed Star Racing team, so Kojima recruited another ex-moto-GP-turned-Hako-GT-R driver, Kunimitsu Takahashi. The team met with similarly mediocre results, this time a product of inadequate Bridgestones. The following year Japan fell off the F1 roster, not to return for another decade. The team never scraped together enough cash to compete outside of Japan and closed down its auto racing operations in 1979. Kojima then turned his attention to powerboat racing until his retirement in 2007.