Mitsubishi UK is auctioning off its entire heritage fleet

We are sad to report that Mitsubishi UK will soon be auctioning off its entire heritage collection. Last year, Mitsubishi made a sudden announcement that it was withdrawing from the UK and European markets. While it has since reversed the decision for Europe, it’s still leaving the UK. With no presence in the UK any more, there’s no longer any need for (or anyone to maintain) a heritage fleet. There are 14 cars being put up for auction, and now is your chance to own a piece of Mitsubishi history. 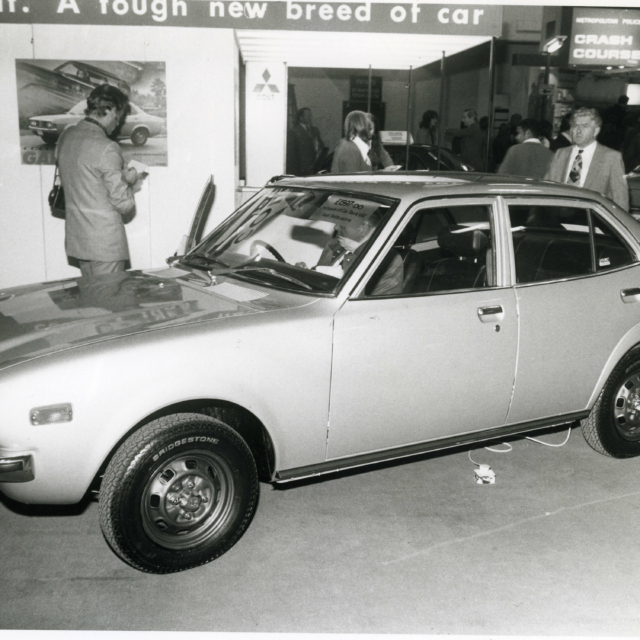 Mitsubishi has had roots in the UK since 1974, when it began as the Colt Car Company. For its first decade, British Mitsubishis were sold under the Colt brand until its rebranding to Mitsubishi. The special number plates that are being auctioned off reflect both the Colt Car Company and Mitsubishi Motors Corporation with several “CCC” and “MMC” sequences, respectively.

The oldest model up for grabs is a stunning W67 Fuji White 1974 Colt Lancer 1400. It’s fitted with a manual transmission and has 73,703 miles on the odometer. Notably, it’s actually the first Mitsubishi ever registered in the UK. It’s also the same car to grace the stand at the 1974 British Motor Show at Earl’s Court to introduce the Mitsubishi to the UK.

The next offering from the chrome bumper era is a beautiful B81 Tahitian Blue 1974 Colt Galant 2000 GL. It, too, boasts a manual transmission and has 60,963 on the clock. It was used as the Colt Car Company’s first demonstrator for their dealer recruitment program, so both it and the Lancer have presumably been in the Mitsubishi UK family for nearly half a century (as opposed to being later added to the heritage fleet).

A proper Diamond Star collection would not be complete without the marque’s flagships sports cars. As such, Mitsubishi UK also has a 1988 Starion and a 1992 3000GT VR-4, both in a red hue that matches the company’s logo color.

The Starion is said to have been refreshed and its turbo rebuilt, and shows 59,050 miles. The 3000GT does not show VR-4 badging (apparently UK versions didn’t have them), but has the 3.0-liter twin-turbo V6 engine. With 34,147 miles, Mitsubishi claims it is the most original and healthiest example you’ll ever find. Both are stick shifts, naturally.

A trio of Lancer Evolutions are also up for grabs, and they’re anything but ordinary production models. The Evolution VI Tommi Mäkinen is signed by the legendary Mitsubishi WRC driver himself.  The limited production car is serial number 6 to coincide with the fact that it’s an Evo VI, and has traveled just 10,253 miles.

The other two represent the ultimate forms of the Evo IX and the Evo X. Both are special FQ models, tuned by Ralliart UK, with the FQ designation an abbreviation for “Fucking Quick.” The 366-horsepower Stone Gray Evo IX-based FQ-360 shows only 4,859 miles and is one of just 200 made.

If a production model Lancer Evolution is not enough to quench your thirst for Scandinavian flicks, a Group N Works Evolution IX rally car is also available. Winner of the British Rally Championship two years in a row (2007-08). It was driven by Guy Wilkes and co-driver Phil Pugh, and has, according to the listing, “recorded multiple outright victories on both tarmac and gravel surfaces.”

On the other hand, if you wanted to start at the Evo Zero, then perhaps the 1989 Galant VR-4 rally car is the car of choice. Built by Mitsubishi rally specialist CO-ORDSPORT, the replica of Pentti Airikkala’s 1989 Lombard RAC Rally car is said to have been put in dry storage from 2003 to 2017, when it was bought back by Mitsubishi Motors and restored to road-going condition again.

One of the more unusual cars in the collection is a Mitsubishi CJ3B Jeep. These were built under license from Willys as part of the ramp-up to the Korean War (though an armistice was called before the vehicle began production). According to the listing, the 1979 example is one of eight Mitsubishi Jeeps imported to the UK. It shows just 18,850 miles.

Representing Mitsubishi’s Paris-Dakar Rally heritage are a pair of SWB Shoguns (known as Monteros in North America and Pajeros in Japan). The California Red 1987 has a standard shift transmission and 100,052 miles on the odometer. It’s a relatively recent addition to the heritage fleet, with Mitsubishi UK having owned it only since 2018.

The 45,962-mile, blue-on-silver 2000 model is reportedly one of the last second-gens registered in the UK, evidenced by its unusual spec of having the 3.0-liter V6 automatic without leather or optional air conditioning.

Lastly, a 7/10th scale replica of the marque’s first production automobile, the 1917 Type A, also deserves a good home. None of the original 22 produced are known to exist, and this model was constructed from the original blueprints. Mitsubishi Motors in Japan has the only full-scale replica, while Mitsubishi USA built a rather controversial tribute in 2017. 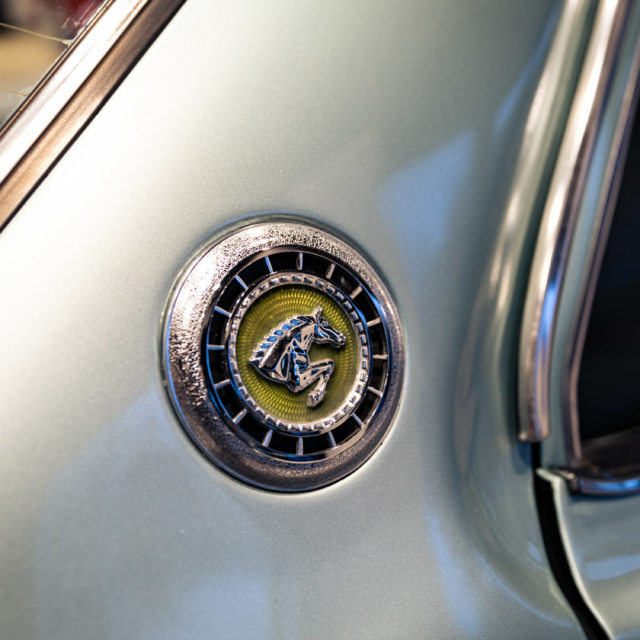 It’s no secret the future of Mitsubishi Motors is looking bleak. It has already killed off its iconic models while shifting focus to small car, CUV and EV production. Now it’s retreating from a market where it has held presence for 47 years and was once beloved by enthusiasts. We wish we were joking, but if you’d like to own a piece of Mitsubishi history the auction starts on April 1st.