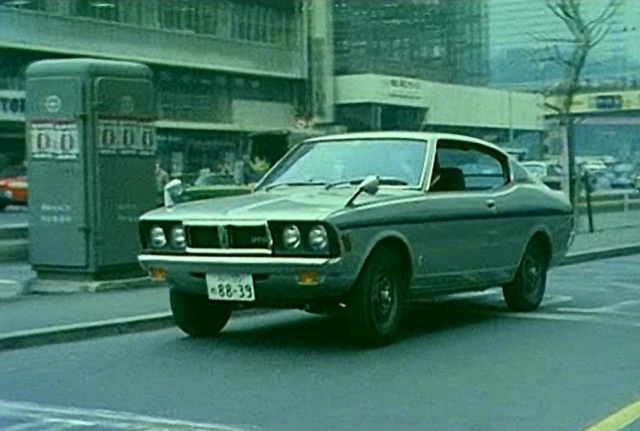 Sonny Chiba, who passed away earlier this month, was synonymous with the Toyota Carina in Japan. For two decades the action star appeared in Carina commercials, and drove Carinas in real life (provided by Toyota, of course). However, there was a brief period in the early 1970s during which Chiba could be found behind the wheel of a Carina competitor, the Mitsubishi Galant GTO.

That would be in the spy series Key Hunters, which aired in Japan from 1968-73. The big-budget action drama was one of the most ambitious Japanese TV shows of its time. It portrayed Tokyo as an international city full of spies and intrigue, and it was up to a gang of six special agents to foil their plans. Among them was Tetsuro Tamba, who played a similar role as his Tiger Tanaka in the 007 movie You Only Live Twice, and Sonny Chiba, who provided much of the show’s stunt work.

Somewhere during Key Hunters‘ run, Mitsubishi was something of an unofficial sponsor. According to what we could dig up, they weren’t explicitly mentioned in the credits, and not every single car in the show was a Mitsubishi (in the way that every car in Seibu Keistatsu was a Nissan), but there were just enough Mitsubishis for it to be a coincidence. 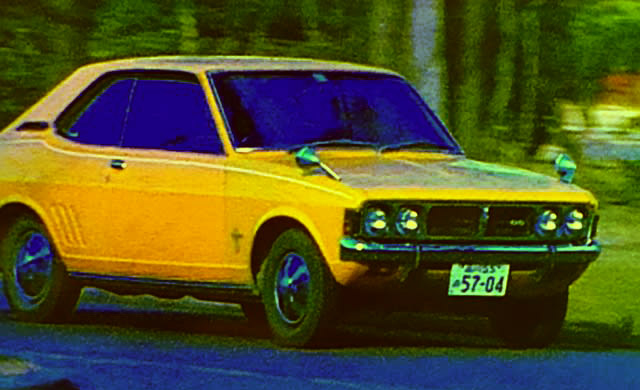 You can see the Mitsubishi presence in the opening credits, where Hiroshi Kawaguchi dispatches some bad guys who try to attack him in a silver and blue Galant GTO. Chiba was also known to drive the GTO in the series, until the Carina contract forbade him to do so. Another Mitsubishi appearance has Eiko Okawa ducking behind a Colt Galant AII, as it happens, with the trunklid model name emblem is conspicuously framed. Apparently there was also a Debonair cameo at some point, but we couldn’t find any footage of that.

Of course, even in the opening we can see the presence of non-Mitsubishi cars, like a Datsun Fairlady 310 roadster and an MS51 Toyota Crown. But, you know they’re not provided by a carmaker sponsorship because they’re trying to kill off members of the main cast. From what we can gather, the Mitsubishi placement was short-lived, but even so the Triple Diamond products did leave a lasting impression in one of Japan’s top TV shows of the era.