Remember when Toyota UK created a real Toyota HiLux inspired by the old Tamiya 4×4 Pickup radio control kit? Tamiya was so impressed that they released a new kit based on that truck. And because it is Tamiya, no detail is overlooked, with the kit sporting even the same license plate as the real truck. 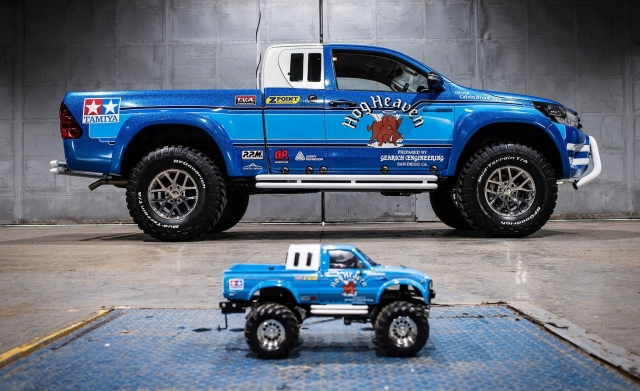 The original HiLux kit was one of the most intricate and rugged R/C models ever created. By stringing 14 of them together, each producing 17.1 lb-ft of torque, they were famously able to tow an actual-size HiLux truck in a 1981 commercial. That feat was recreated in 2017 with the launch of the latest HiLux, and the replica soon followed. 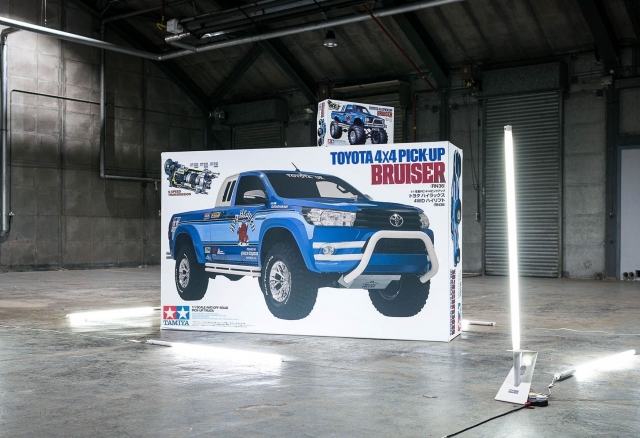 The new HiLux kit rides on Tamiya’s CC01 off-road chassis, a more entry-level platform than that of the original Bruiser. The 1:10-scale kit that features full-time shaft-driven 4WD, coil spring shocks, the ability to lock the diff, and a forward and reverse speed controller. It’s not quite as elaborate as the original HiLux kit’s aluminum alloy ladder frame, function leaf spring suspension, oil-filled dampers and 3-speed transmission. However, it’s a good starter for anyone thinking of getting into off-road R/C vehicles, and a rare case of life imitating a vintage toy, which then gets imitated by a new toy.