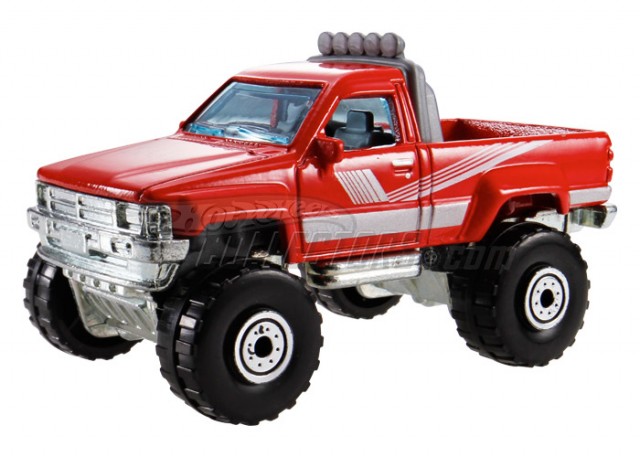 The latest nostalgic Hot Wheels to roll from the mad minds at Mattel is a 1987 Toyota Pickup. When it was first announced last December, we envisioned for reasons unknown a slammed minitruck, but instead it’s a lifted 4×4 that would have made Marty McFly forget all about his DeLorean. 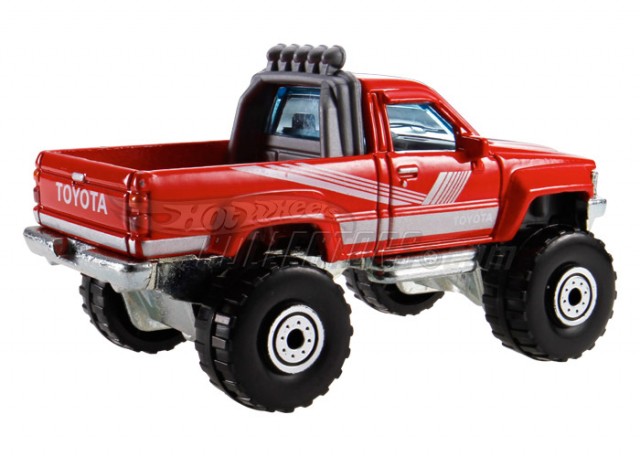 The 2012 Hot Ones are Hot Wheels‘ re-imagining of a lineup that featured articulating suspensions and thinner axles for faster rolling. Although some, like the A60 Supra are castings that Mattel is bringing back, others like this Hilux and Honda CR-X, are ones that weren’t in the original lineup but probably should have been. Long live the 80s!